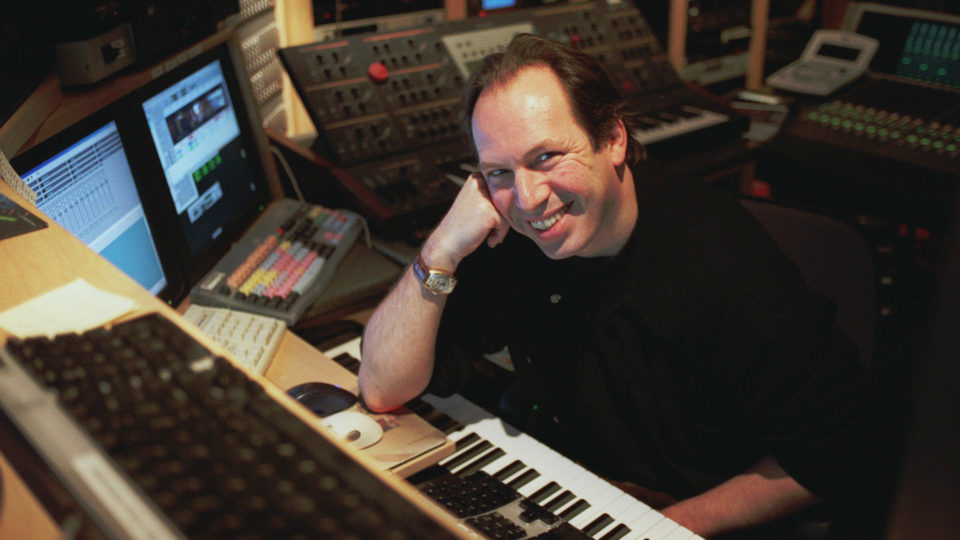 This is the sound most people are accustomed to.  From the booming cannons in Pirates of the Caribbean to the endless seam of machine gun fire on the beaches of Normandy in Saving Private Ryan, diegetic sound is vital to not only one’s physical life, but to filmmakers as it is their way of setting a scene.

However, that’s not sounds only responsibility in film, as the non-diegetic noises work to emotionally connect audiences to a film’s particular scene, theme, or character.  Like in James Cameron’s Titanic, composer James Horner crafts together a score that perfectly encapsulates the feeling of first witnessing the “unsinkable ship” with “Southampton.”

In the 21st century, no composer has affected his movies in such a way other than Hans Zimmer.  Zimmer has recently been nominated for ‘best original score’ at the Oscars for his work in Christopher Nolan’s Dunkirk.  In memory of his ongoing fantastic career, here are his 10 current best scores:

None of Zimmer’s soundtracks are more vital to a movie than his work in Dunkirk.  “Variation 15” is played at the film’s close, as the soldiers of Dunkirk beach are miraculously rescued by Operation Dynamo that called on the Royal Navy and British civilian boats to cross the English Channel at a time when Great Britain was on the brink of a Nazi invasion.  The score is uplifting and moving, however, ironic since the soldiers failed in France and retreated back home; establishing one of Dunkirk’s main messages: survival is victory.

Pirates of the Caribbean: the 21st Century’s adaptation of Peter Seller’s hilarious, slapstick Pink Panther classics.  In “Drink Up Me Hearties Yo Ho”, Zimmer integrates all the best musical elements from the trilogy and combines them in a four minute anthem centered around the first movie’s theme, “He’s A Pirate.”

“Time” is to Zimmer as “Creep” is to Radiohead.  No doubt the composer’s most well-known song, but not his best.  At the end of Inception, Leonardo DiCaprio’s character, Cobb, wakes up from an elongated dream state where he was able to achieve Inception, but more importantly got the much needed closure he so desperately desired from his dead wife.  In a building fashion, the score illustrates Cobb’s emotional state as he lands in LAX and slowly lets the situation sink in as he’s finally able to live a normal life and be with his kids again.

Interstellar is no doubt Zimmer’s best overall ensemble of scores with “No Time for Caution” perfectly capturing the intensity and high-stakes of the scene, as Matthew Mcconaughey’s Coop and Anne Hathaway’s Brand attempt the impossible by docking onto the rapidly rotating Endurance.

Yes, this is not one score, but three.  However, the scores build off one another as “Elysium” evokes a celestial feeling as Russell Crowe’s Maximus lies in the sand, looking out at his dead family he’ll soon join.  “Honor Him” takes a step back from the mind of Maximus by illustrating the emotion of the Coliseum and sorrow of the audience as the great gladiator’s life is coming to an end.  Finally, it all comes together at the film’s close when Lisa Gerrad’s vocal harmonies increase in pace as does Zimmer’s sound inducing a melancholy, but more uplifting feel as Maximus reunites with his dead family.

Christopher Nolan’s The Dark Knight trilogy is hands down the magnum opus of the superhero genre.  Arguably the best moment in the entire series, besides any scene with Heath Ledger, is the end of The Dark Knight.  It’s here that Batman becomes, as Commissioner Jim Gordon describes, “the Silent Guardian, Our Watchful Protector, A Dark Knight.”  Throughout this ending scene, it’s Zimmer, not Oldman, who makes this moment the best of the trilogy.

Back in sixth grade I went on a summer vacation with my family to Michigan.  In the previous weeks leading up to the trip, my family was consumed by Dan Brown’s religious thriller Angels and Demons.  As someone who grew up Catholic and was fond of the historical aspect of Catholicism, I instantly fell in love with Brown’s book as the story’s pace rapidly shifts around a series of murders in Vatican City.  Director Ron Howard adapted Brown’s book, and picked Zimmer to score the film.  Zimmer flawlessly mimics the pace of the book in “160 BPM” with a raucous chorus and bombastic instruments.

Before telling Zimmer any of the major plot points of Interstellar, Christopher Nolan tasked him with scoring a thematic piece for the entire film based on a note Nolan delivered to Zimmer illustrating a father-son relationship.  From there, Zimmer crafted the entire ensemble of scores by himself while Interstellar was in production.   This thematic piece is S.T.A.Y., the cornerstone of the father-daughter relationship in Interstellar.  It’s in this song that the audience truly connects with Cooper.  Regardless of being lost in dimensions, the simple-heartfelt, consistent back and forth rhythm is extremely touching.

Structurally, Dunkirk can be a confusing movie.  Nolan tells the evacuation through three different narratives that are distinguished by location and time.  Throughout the movie, the narratives oscillate back and forth sometimes revealing events in one narrative before they’ve yet to surface in another.  The climax of Dunkirk occurs when all three narratives sync in location and time resulting in arguably the most cathartic moment in cinematic history.  Zimmer’s score, “The Oil”, brings this unprecedented moment to life with a steady horn that exponentially gets louder as the narratives become solely one storyline.  When that moment comes alive on screen, I recommend turning your volume up to full blast.

After I read Angels and Demons, I quickly got my hands on the closest Dan Brown book I could find.  Luckily, one was easy to obtain after a controversial appearance in the national spotlight: The Da Vinci Code.  Unlike Angels and Demons, this book represents more aspects of the psychological thriller, questioning topics that for many Christians are absolute facts: Christ’s divinity.  People were angry with Brown for trying to undermine the Catholic Church with conspiracy theories, but they’re missing the point.  Instead, The Da Vinci Code encourages readers to question things in life that are structured as certainties.

Growing up Catholic, this story opened my eyes to a world where faith wasn’t black and white, but instead a never ending cycle of doubt. But that’s okay, as Zimmer’s score “Chevaliers De Sangreal” in Ron Howard’s film adaptation perfectly captures the idea that faith isn’t believing in historical truths, but rather a feeling.