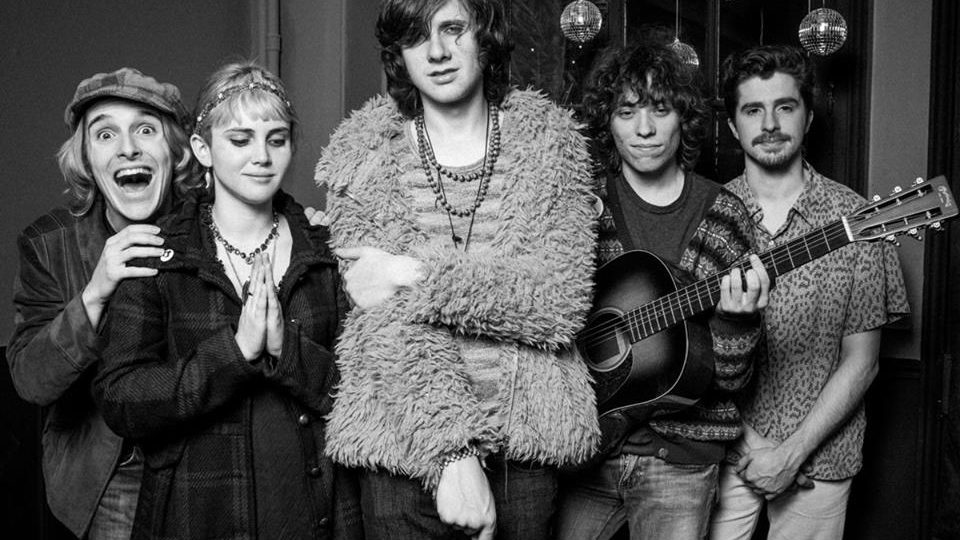 Imagine a horrible night: you get in a fight with your friends, the party gets busted, your potential but always out of reach lover is leaving with somebody else, and nothing makes sense. You walk home in the rain, most of your clothes in your arms and your socks soaked through.

But then the next day is greatest day of your life.

That’s how Hang feels, the triumphant return after the cacophonous mess that was Foxygen’s last album: …And Star Power.

Now, this is a review of Hang, but so much of this record’s glory shines only in the shadow of previous missteps. Calling their last album a mistake would be wrong, as it felt like a natural step in the strange life of this band, even if the step missed solid ground a little bit. It was what some music nerds would deem their “vodka record”, one that finds them all knotted up and pissed after a strange night.

Hang is a clear morning, a record for dancing around your room and for close analytic inspection.

Foxygen is a band of drama. Their music takes on a flair last seen in the 70’s, when hip-swinging, androgynous disco and rock masters ruled the stage. It’s obvious to see the inspiration they’ve retained from other musicians in this way.

Besides theatrical drama, the band explodes with personal drama as well. After much infighting and even a farewell tour, it seemed the band was doomed. That’s why this record, which contradicts and perhaps lays to rest those rumors, is in fact a glorious return to form.

The arrangements on this record are what stand out the most. Where their last album felt like the band riding on their fame and buzz from their breakout record, We Are The 21st Century Ambassadors of Peace & Magic, which rightly found a large amount of critical success, this album let’s us know that it was a conscious effort to make really good music.

The very first song, “Follow The Leader”, runs us through some rock tropes with immediacy. A string section slide, some downbeat hits, and an overall introductory rhythm before the we’re giving the first lyrics: “Hey baby, you know it’s true. I’m in love with you.” The way he breaks up the syllables and sings it with a Jagger syncopation could lead one to think this all lacks originality, but the delivery, which almost escapes words, acts as a complete reinvention of everything we’ve ever known about old-school rock.

The piano and keyboard sounds take an interesting role on this record. “Avalon” starts out with a ragtime jam, lilting through familiar chord progressions which culminate in the classic toss-back between the lead singer and his backup singers repeating or responding to what he says. Throw in a time change and some big-band inspired horns, and you’ve got a tapestry of classic rock.

“Mrs. Adams” is the least remarkable song on the album, but still contains all the things the rest of the songs do, and feels inseparable from the album.

Each song is so dense with changes in mood and feel, each piece leaves nothing left unsaid and no mystery. In this case, it’s an advantage. This isn’t just some cliché rock band utilizing the somber drum-guitar-bass-guitar-singer set up, but one that has many different instruments on each track, and it can often be hard to decipher what the instruments even are.

All of this asks the listener to imagine this record being performed live, a task which, after so many listens, continues to elude the listener.

“America” continues to show this incredible musical prowess. This song plays out like a number from a musical. It moves like a dance, sometimes slowly, other times with loud Sgt. Pepper-esque horn blasts, consistently changing and relying on no conventions. It is almost progressive, the way it doesn’t really return to any hook or certain catchy riff which would feel like a cop-out.

Tempo and mood changes force images into your heads. In the way that someone lecturing you on classical music would implore you to imagine a visual story in your head as the song plays out, this song does the same, and takes on a seriously playful neo-classical essence.

Jumping between racing drums and fast, chromatically charged piano runs, then suddenly throwing you into a swing jazz tempo, saxophone included, Foxygen is breaking all the boundaries they’ve ever set for themselves; something this band does on each record, no matter how bad or good the album is as a whole.

“On Lankershim” is one of the songs on the record that has a music video to accompany it. The relaxed mood of the song reflects well in the images in the video, which are mostly bland but for some reason pull you in. This song also echoes their 21st Century album the most, a nice moment in the otherwise avant-garde record, as it brings about familiarity and a wholesome sense of sound within the canon of the band.

“Upon A Hill” is the shortest song on the record, and comes out as a sort of interlude. Their aren’t any dull, ambient moments on this record, so this song is a nice break from the long, theatrical numbers. The following “Trauma” and “Rise Up” are the most emotionally taught songs on the record, and caps it off in usual Foxygen fashion.

This record is treat for both long-time fans of the band and newcomers to their sound. You’ll find all sorts of things in the album, as if you were blindly pulling candy from a bag on Halloween as a child, and each piece is so different and exciting without ever giving you a cavity. You can find the record on Spotify or buy it from Foxygen’s website.