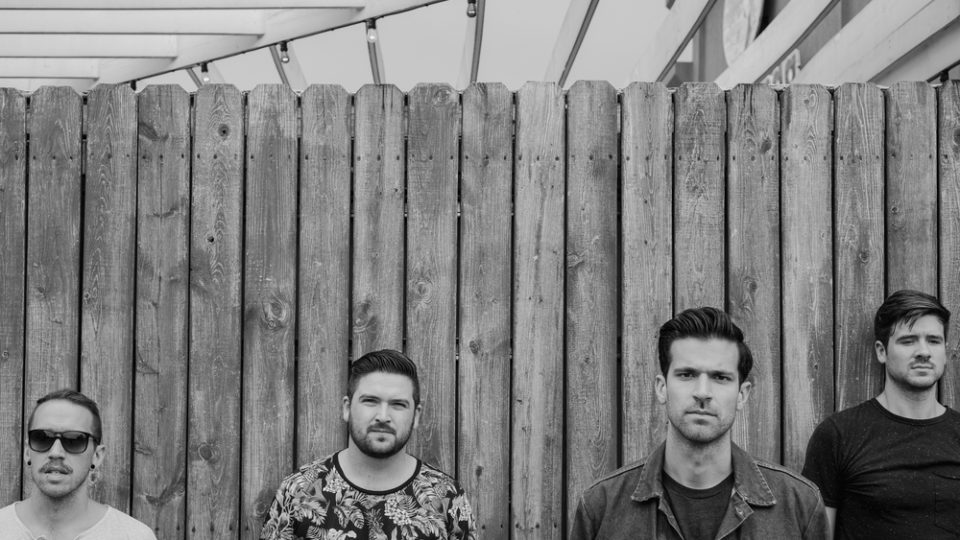 Daniel Ellsworth & The Great Lakes is a rock band hailing from Nashville, Tennessee. Their sound is raucous and gritty; their latest effort, a five song EP entitled “Bemidji,” fits that form with an emotionally charged rock balladry that lasts a deceiving 22 minutes.

The opening track, “Always/Never” was a perfect way to start this EP. With a tight drum beat that gets you grooving in the first few moments laid over a catchy distorted guitar riff, Daniel Ellsworth and the gang are really letting you know what you’re in for: you’re going to dance, you’re going to sing, and you’ll maybe even roll the windows down, screaming something melodramatic about love or freedom or graduating high school as you quickly drive away from your small hometown and into the big world.

The music video for this song is hilarious, and definitely worth a watch. Lyrically, we find our nominal troubadour battling with the classic qualms of unrequited love: “You don’t love me, no / I’m gonna make you mine.” The lyrical advances made by the group are the weakest part of the record, but this track sends us nicely into the next one.

After the peppy “things will be okay in the end” vibe from the first track, Daniel Ellsworth & The Great Lakes drop us into a dirtier place. The track opens with a dark, brooding soundscape, but only for a few moments before we’re rescued by what could possibly be the most intense song on the EP.

“Get Mine” was named well; it feels like the singer put on some cool sunglasses and decided today was his day. It’s got a driving force behind it, a downbeat-heavy rhythm coupled by all the guitar riff-age you’d ever need to satisfy classic rock fans. “Get Mine” is a four and a half minute piece that keeps you interested the whole time; this seems to be a trend for this record, as even when I thought I was getting bored of a song, they’d change something up or kick it back in with a manner of confidence.

There is so much power packed into each song, one wonders what this would have sounded like if it were created as a full length album, top to bottom. Can this energy last?

A sense of connectedness starts to come together with the addition of the next track. “Like Clockwork” shows us the sensual side of this group–however big, small, and active it may be, it is here, giving us a little bit of low-light rock music. Light falsetto lines are straining on the singer’s voice, but he hits them perfectly. The song picks up in the middle, providing the listener with those little surprises that really draw you through the record. At some point near the end, the snare drum is rolling as the vocals are still coming, and the whole band comes together in a clamor that suddenly drops; the song is over.

The final two songs on this record are the longest, and possibly the most meaningful. “The Surface” takes us to a place we haven’t been to yet on this EP; light piano notes open up the track, leading into a complicated and catchy rhythm that is almost completely carried by the drummer on his ride cymbal. This rhythm comes back a few times in the song at perfects moments, including the very end, really giving us a sense of completeness while the lyrics contradict that sense.

The next song is where I hit a wall; by the time “The Line” was halfway over, I was tired of the hearing the same things I’d been hearing this whole EP, even with the surprises. The song definitely has its moments with a pretty piano intro, impassioned lyrics, and even a jam session at the end, but the buzz the other songs had created was cooling off by then.

I enjoyed listening to the EP, and I think most any fan of modern rock music would also get a kick out of it. This band isn’t doing anything new, but they don’t really need to. They’re a talented group in a genre crowded with many great bands, and if they want to carve out their spot on rock music, they might have to bring some bigger ideas to fill up the enormous sonic space they create.

You can purchase the EP on iTunes, listen to it on Spotify, and even listen to some older songs straight from their website.