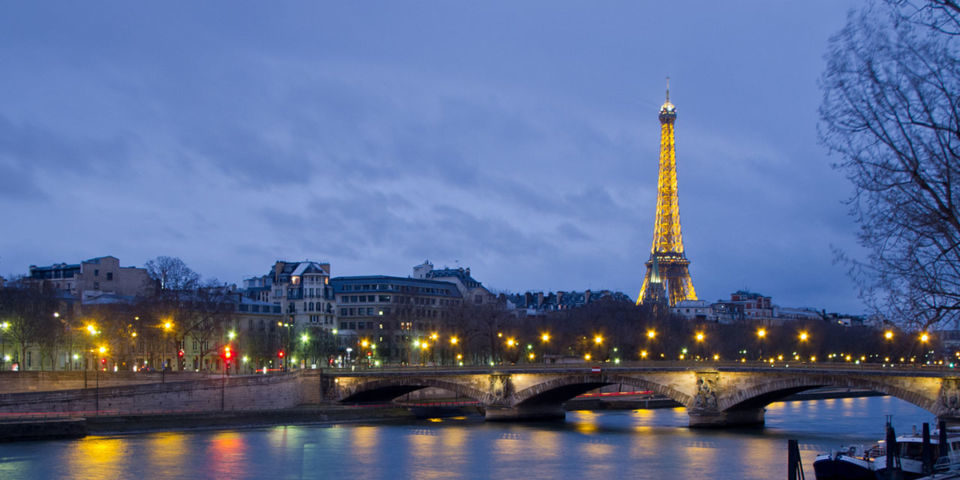 In La La Land, Emma Stone sings a line “She used to come home and tell us these stories about being abroad and I remember she told us that she jumped in the river one, barefoot” in “Audition (The Fools Who Dream).” It seems like she did all the crazy thing of being an actress in Paris. The river refers to the Seine. It reminded me of my experience being abroad in Paris back to 2014. Hmmm, so this is the topic I am going to cover below.

What made me to go to Paris?
Since the beginning of my sophomore year in 2013, I began to take French as my third language as an international student. The reason that drove me to learn this language is initially from a little French lesson that I got from high school, where I was fascinated by the pronunciations. Also, I love the high fashion that I saw on magazines and their wild and free spirit. As we learned about cafés, food and architecture styles through reading and watching YouTube videos, I felt it is not accurate to learn the culture through internet or textbooks, such as we listen to Chanson—that I later found out they were not played at café or bookstore in Paris; instead, American pop music has been played everywhere.

I felt it is dull to learn all the history and beautiful things about France in the U.S. I had the idea after seeing the Study Abroad brochure—I want to study the language and culture in France. Paris is the ideal place that I want to stay for the two months. It had the history from the colonial period of the Romans, the ages of Louis to the Napoleon period, where it has the elements of the past and the modernity— the edgy fashion from recent years.

CIEE Program, Study Abroad, what does it mean?

As I browsed through study abroad programs that UI collaborate with, I found out CIEE summer language and culture program, which offers the course on intermediate french and french literature that fits for my major—international study during summer break. Though it is quite expensive, the fee is somehow similar to the summer tuition at UI, so I decided to dig in more about the program. The program offers a well-written information page on the excursions and coursework. It is later to be proved accurate as what I saw from the page. We went on several day trips to different locations in Paris, such as a trip to Chateau de Chantilly, to Nantes—a city located in South France.

But what I love the most is the field trips—we watched the film Petite Nicholas and discussed about it and went to a park to talk to strangers in French and gave a little presentation. The difference between going to a program or just traveling is the EXPERIENCE. In a program, peers, instructors and host family you met offered new and exciting ideas to you, unlike you travel and reflect only your opinions about things within your group of friends.

First impression of Paris when I arrive? ^^
Nervous, excited, when I just arrived at the Charles de Gaulle airport. At the terminal 2c, I met the rest of the group who traveled from the states by passing the missions, getting bags with all the French signs. We hopped on a Van with a group of seven students. It was surreal arriving in Paris. Since the CIEE language center was a little away from the city center, the Seine river, we passed by the upper part of Paris. The street was packed with people and cars, even motorcycles. We passed mostly the old towns from the past. The cafes on the sideway had the signs extended from the roof, with delicate patterns. The outdoor seats were in front of the entrance. Surprisingly, almost every café has lots of seats outdoor.

Orientation and the bus tour:
We arrived at the CIEE language center and did a long orientation on information about the metro system, phone card and some potential dangers in the city. I was a little scared of the pick-pocketing instructors mentioned—good enough, I always held my bag on the metro and never had a chance seeing these things happen, so I felt Paris is safer than some people think. Before we went out for the bus tour, the coordinator gave us an old traditional map and instruction of the Paris districts.
Probably a lot of readers are familiar with the geography of Paris. During 1795, Paris was divided into twelve arrondissements that were numbered from west to east, with 1 to 9 located on the right bank of the Seine, before Haussmann- a member of the state during the Emperor Napoleon III period started to do the renovation of Paris. Later Haussmann extended to twenty arrondissements, with number 1 in the city center and spiral outward.

Most tourism places are by the Seine river; the famous Eiffel Tower is at 7 ARR. Haussmann’s work reflects on the transformation of boulevards which is much wider than the previous ones. “Buildings along these avenues were required to be the same height and in a similar style, cream colored stone”(wiki). A good example is the Avenue des Champs-Elysées

—a big commercial drive from the place de la Concorde to the Arc de Triumph. It is magnificent that is neat and bustling, with trees that are cut at the same height, large numbers of luxury stores and the historical sites, such as the Place de la Concorde. The Latin Quarter of Paris, which is located at the 5th and 8th ARR, is a good representation of the old town, without renovation.

Most of the streets were designed to pass only one carriage.
We did an hour-ish long bus tour along the Seine River. Most of our group occupied the top of the double-decker bus. I used not to favor the bus tour—since it was so fast— I can only see the view through the half shield window. But this time I felt it was breathtaking. Along with the breeze and the broadcasting of introduction to the City, we passed the louvre, the Eiffel Tower and the opera house, etc.

I found out a Ultra HD Bus tour in Paris on Youtube, check out this:

For my next article, I will talk about my host family, must-go places I recommend and the story I had at those places. Stay tuned!

This semi-monthly column will cover my traveling experience, my reflection of the local culture, people and food in different locations.