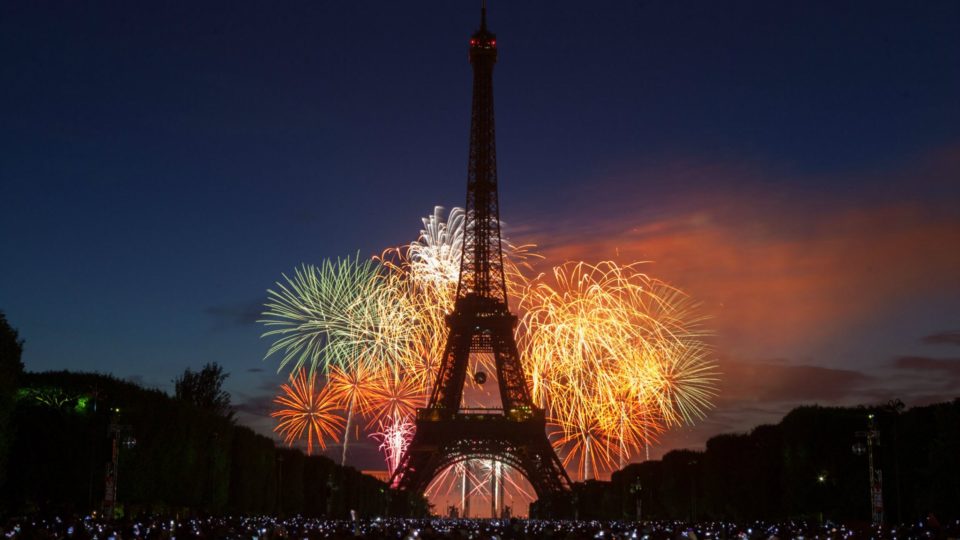 In the previous article of “Bienvenue à Paris,” I talked about my first impression and the double deck bus tour in Paris. This time I will unfold the story about my host family and the important place- Eiffel Tower. These series are probably long since I had so many stories about Paris.
My Host and sweet apartment in 16 ARR.
My Host Christine works at a Golf Association in Fontainbleu, which is located in South France, unlike other family lives in Paris, she stays in Fontainbleu- where she has another house and comes back to Paris a couple of times a week. But her younger son, Gregoire who was in high school that time, stayed in Paris. She also has a big dog, Effie. We were at the place near Exelmans, the metro station in 16 ARR. I have a nice little room with the view of the tiny little Tour Eiffel from the window.

My roommate Dani stay in the room next to me. The district consists of a lot of apartments and bistros, which are considered the most comfortable living area in Paris. Christine is a friendly and chilled host. She speaks excellent English. I remember she greeted me in French and speak English when I did not understand due to my limited French ability. Since her family is all professional golf players, instead of coat or blouse, she wears a polo shirt and golf pants most of the time. She makes casual dinner for us, Italian pasta, stew meatballs in tomato sauces. In every meal, she will bring two bottles of wine, red and white for us to choose.

She talked about the comparison, such as traffic, policy and so on between the U.S, France, and China. You can tell she is proud of being a Parisian, not favoring cities elsewhere in France. We also met her daughter Marion. The first time we met her, she was in her serious working outfit, while she was so active, smiling and called it out “oh la la” whenever something we mentioned sparked her interest. Her favorite singer from the U.S. is Justin Timberlake, and when she drove us to the house in Fontainebleau, she danced and sang out loud. She also recommended us a few local clubs that she used to go.

Tour de Eiffel
The Eiffel tower, around eighty-one stories wrought iron lattice tower, located at the 9ARR. It is likely the tallest architecture in Paris where you can see it in the different parts. It was used to be the ugliest building, drew lots of attention and criticisms during the late 19th century. Artists thought the Eiffel tower has the giant outlook that used entirely black stacks, unlike any of the baroque style white marble architects like Notre Dame. Now it became the symbol of Paris. Though it was full of tourists, we never got tired of the view. I was able to have lots of good memory at the place.

The first night when we arrived at the building, my roommate Dani and I managed to visit the Eiffel tower at night. We arrived at the Trocadéo garden and saw the bright lit tower. It completely blew our mind. When you were near the Palais de Chaillot, you could get the full view of the tower. We came closer and saw its iron structure. It was cheaper to climb to the second floor; we still saw the panorama view, spiral around the Arc de Trump. Dani said one random guy tried to propose to her at the tower, which was the fun part to climb the tower.

The second time, after we finished our class, a few of us decided to check out the human-made beach. Unlike Nantes, Bordeaux that is near the coast, Paris does not have access to the beach. During the summer time, Parisien managed to have the sand laying out and had the seating and umbrellas. It was packed; so we went to the Champ de Mars, which was to the east of Eiffel Tower, across the river from the Trocadéro gardens. Compared to the busy area across the river, you got to see the full-size Eiffel tower. We lied down pretending we were drinking wine instead of water.

The third time, I came to the tower and saw the fireworks on the Bastille day at night along. Since the crowd completely blocked my way, I stayed at the spot beside the Trocadéo metro; I could only see the top. The firework was spectacular with the music it played. Changing colors, patterns, similar to the firework at the fourth of July. I heard the surrounded people speaking French and felt so isolated from them, but soon as the “Imagine” came out, people around started singing. It was so powerful when “there are no countries” and “Living life in peace.” I felt that to live at this moment in Paris paid off. 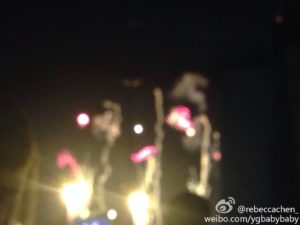 The last time spent at the Eiffel Tower was incredible. The only regret I had was I did not do the dress code—wear the black dress. The group of girls and guys decided to experience the midnight Paris, so we brought several bottles of wines and came to the Champ de Mars. The Eiffel Tower was lit on the last day. Though it was kind of illegal to drink champagne in this area, we still came. We talked about all the funny, sweet and nasty moments in Paris. We walked pass the tower, waterfall, and the square. Going home, I realized it was the last time I could experience the charm of Tour de Eiffel.

My first part of the story:“Bienvenue à Paris.”