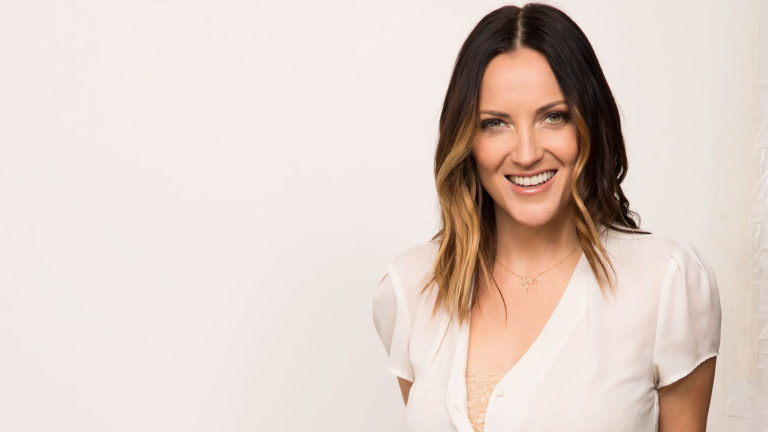 Jen Kirkman, one of the most hilarious comedians I have ever seen, came to Iowa City to perform at the Englert Theatre for Witching Hour Festival 2016. Kirkman, New York Times Bestselling author was in Iowa City to perform a stand up comedy show on Saturday November 6th before sitting with a panel of comedians at The Mill later that night discussing the creative processes of comedians.

I had heard of Jen Kirkman for the first time about a year ago through a friend. We watched her Netflix special, I’m Gonna Die Alone (And I Feel Fine), and laughed almost every thirty seconds. She thought the way I thought but she said what she was thinking out loud and that was fantastic.

Before Kirkman arrived on stage, an opener named Fran Hoepfner gave a short 15-minute-long show for the audience. I thought that she was a good warm up for the audience to see what Jen Kirkman would be like. She focused on stories about stalking exes on social media and coming up with new titles for the movie Now You See Me 2 because what an uncreative title! She has the same type of comedic voice that Kirkman has, which made her a really great choice for an opener.

I knew ahead of the show that there would most likely be jokes about the election in her show, and I was nervous to see how that would blow over. There are so many things that comedians joke about (race, sexuality, politics, etc.) that are hard to balance between hilarious and offensive, especially in a town as liberal as Iowa City.

She explained that either Trump or Hillary winning the election could be scary because we’d either be stuck with even more systemized racism or a nation full of women-haters. She made a point that voting is vital for every single person of voting age. She talked about her family in Massachusetts that believe Muslims are taking over London. She jokes about the number of lesbians roaming around Iowa City and catcalling and periods and explains why women can be crazy and men can refuse to listen.

Kirkman executed her jokes about these things in a very unbiased way, and she did it hilariously. I’m the type to notice when something possibly could be construed as offensive, and I didn’t see any cracks in her performance.

Outside of these risky topics, Jen Kirkman is relatable. She empowers me and inspires me in the oddest way, by allowing myself to say “I react to things irrationally that way too! I am crazy! It’s fantastic!” She makes observations about society that make sense while also recognizing that she, too, is just one person and doesn’t have authority to tell people how to live their lives. 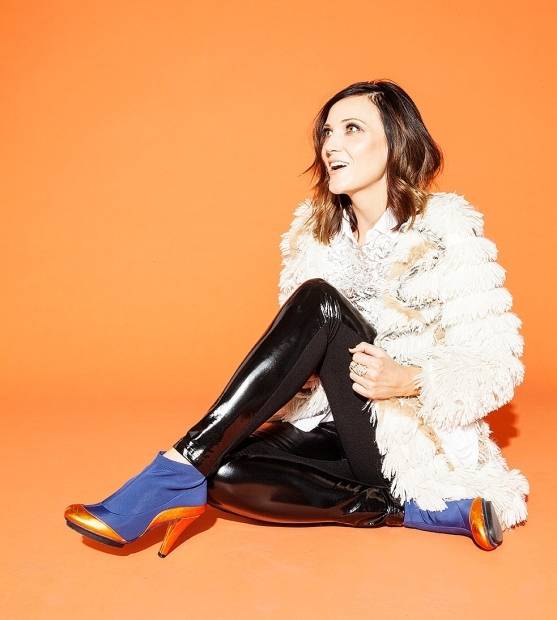 I went into this experience knowing that it is very difficult to get me to physically laugh at these kinds of things. TV shows, movies, comedy shows, I never laugh out loud for any of them. I can find something extremely funny and not even crack a smile because that’s how I am. I ended up laughing a few times during Jen Kirkman’s show when I wasn’t even ready for it.

If you haven’t heard of Jen Kirkman or watched one of her shows, I recommend that you watch her Netflix special or listen to it on Spotify below. I promise you (most likely, almost one hundred percent) won’t be disappointed.