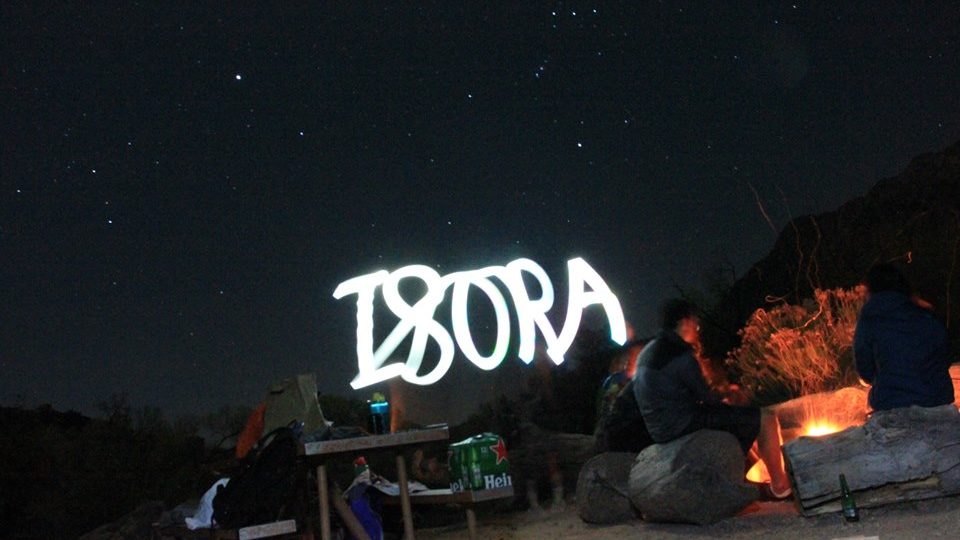 During spring break, instead of going to a warm summer-feeling beach or couchsurfing, I chose to go on an adventure with nine other students, some of whom I got to know on the trip. We finished our goal of camping and hiking in three national parks. I planned to visit somewhere during my spring break because I do not want to stay in Iowa City and be jealous of other people’s plan. Because I come from China, which is 32 hours flight for round trip, I mostly just stay in the U.S. during a short break.

At the beginning of the semester, I joined a new student organization called ISORA, International Student Outdoor Recreation Association. I was exposed to some fun activities, like indoor rock climbing and skiing. Then, I found out they planned to go by car on a hiking trip to the Grand Canyon and some other national parks for a week, so I immediately decided I wanted to go on the trip and try something different than sightseeing. We had some pre-trip meetings to talk about the trip itinerary, gears and food menu. We had discussions on if we could finish the Bright Angel trail that is 12 miles, round trip. My friend and I were worried that we would be far behind the team and have to give up the hiking and head back. But in fact, the nine of us all finished the trail. The most interesting thing that we had for the gear list was the headlamp, which made me think, “We are going to dig the mine,” but it is for setting up the tent at night. Also, our leader suggested that we get a lot of stuff like utilities, sleeping bags, first aid, etc. It looked like we were going to a desert island. For the food menu – since we had fuel, a cooking stove and pots – we brought a lot of food. Depending on the length of the hike, the longer you hiker, the more food you need. We packed 10 energy bars and a bag of trail mix per person for our lunch during the five days hiking. We had a lot of options for dinner and breakfast, including powered milk, boiled egg, tortilla and meats.

March 15th: Grand Canyon Bright Angel-Plato
Our first hiking location was the Grand Canyon – one of the splendid natural landscapes in the world. It is created by the incision of the Colorado River. We stayed at Mather campground at the South Rim of Grand Canyon. Around 8 pm we came to the trail-head and started to prepare for our day hike. Our leader told us to do two things (which are crucial for hiking): double-check if we tied our shoes, if not it would cause blister due to the steep road condition. The next thing is to refill our two-liter water bottles. He said we could not rely on the water station – only ourselves. We planned to hike down to the Indian Garden till the Plato point and come back to the trail-head. It was around 12 miles, round trip.

We started out walking downhill; that was pretty easy for us. Our team spent a lot of time taking pictures and greeting different hikers. We saw Rangers who always go back and forth in the canyon, and we saw mules (they carried food to the bottom of South rim). The view was breathtaking. Fortunately I was able to catch some beautiful video captures with my new action camera I got online from My Pro Scooter. We were surrounded by plenty of valleys and cliffs. There were even red signs, which were left by the Native Americans on the cliff. After a couple of jokes and chatting, we arrived at the Indian Garden, Inner Canyon. It was interesting to see the helicopter put down the package; we figured out later it is the grass for the mules. On our way to the Plateau point, we were in a different world. No switchbacks and cliffs, but a wide-open area surrounded by valleys. Visitors stood on top of the cliff with the background of the Colorado River. To hike up is much tougher than to hike down. I remembered we would say, “Hikers’ up,” to make way for people who were going up since it was strenuous. Our two leaders were stationed at the front and back of our team. The leader at the back kept everyone cheerful. We took a rest near the water station, and we kept telling jokes to kill the time. One time, our leader thought his phone was taken away by a squirrel, but it was hidden by one of us. About ten minutes away from the starting point, a girl in our team and I tried to run up to the top. It was just like when you are almost on the finish line of the marathon; we forgot the weight that we carried and the tiredness and made it back fast.

Since we had a challenge first hike, our leader made the second hike an easier trip, which was 6 miles.

We packed our lunch – that was my favorite food during the journey, peanut butter and jelly sandwiches. We took a shuttle to the Yaki point and started our day hike. The trail was steeper and more narrow than the Bright Angel trail. We ran into a mule’s team.

The leader said we should leave the way for the mules anytime to avoid injuries. Also, the mules were moderate and slow. Eve if they were ahead of our team, we still had to leave room for them eventually. When we finished 45 minutes and arrived at the first viewpoint, the view was fantastic. There was a big cliff that was surrounded by layered valleys. Our group of ten decided to take a picture of us shoulder-to-shoulder. It looked like we were a step away from falling.

At the Skeleton Point, it was cool to look down on the South Rim, including the Plateau Point and the Colorado River. We could see how far we climbed down yesterday. It was not a relaxing work to go down. I tripped a couple of times, so I learned to use my one leg as a pivot and step down using the other leg. Around 6:30 pm, we managed to go down.

The camping life:
We expected that we could have a nice shower at the Grand Canyon, but no showers during the time in other national parks. But, we got to shower super fast. It was an awkward experience that it cost $2 to wash for 10 minutes, and I ran out of time to wash my hair. I had to go to my friend’s shower cubicle to get extra quarters to continue showering. The camping experience was also another highlight of the trip. We separated our team into different groups. A guy took charge of making the fire. Girls did the cutting of the vegetables; our leader did most of the cooking.

On the night of March 16th, we had a tasty soybean paste with barbecue sausages. I used to buy sausage in natural casings, but after reading a post about Natural vs Artificial Casings I changed my mind as casings do not actually effect the quality of sausage. After we were done eating, we decided to play several games to determine who was going to wash the pots and pans. We played a number game where we would start counting from any number and clap whenever a number contains 3, 6 and 9 or multiples of 3, 6 and 9. It was tricky when the numbers of tens are 3, 6 and 9 that we had to clap twice.  We played categories and names games. The name game was a good way to get to know everyone better since some of us did not know every one’s name correctly. The game was simply to say 1 to 5. People who said the same number have to say their names accurately and fast. We had a fun time and got to know everyone a little better.

Check out my next column on my second part of the hiking trip. I will cover our unforgettable experience in Zion and Arches national parks, interesting stories along the way and more tips for hiking.

One response to “Travel Around the World: Spring Break Hiking Trip, Part 1”