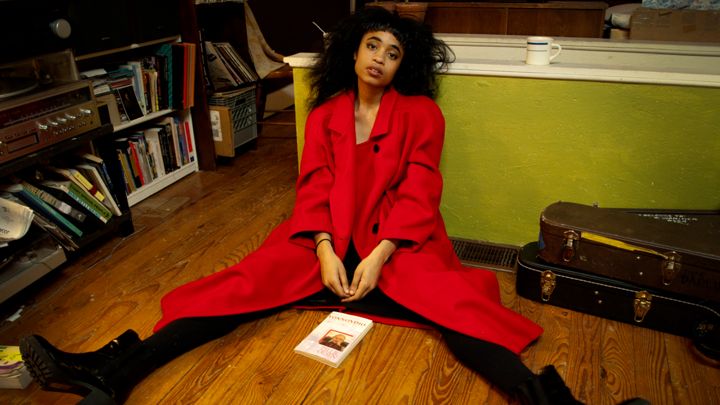 Adia Victoria tantalized audiences at The Yacht Club last night with her versatile voice and political activism in her music. The two opener bands, Crystal City and Brooks Strause & the Gory Details, shared similarities with the headliner in their tendency to blend genres together to create unique sounds.

As I entered the venue, something was different. Twinkle lights, brick walls and a low stage all contributed to an intimate feeling that I’m not used to when attending concerts. I felt like I was in someone’s home; a basement concert. I immediately felt more comfortable.

However, I felt pretty uncomfortable when I noticed how empty the venue was right before the performances began. I felt sorry for the first openers, but they didn’t seem to mind. 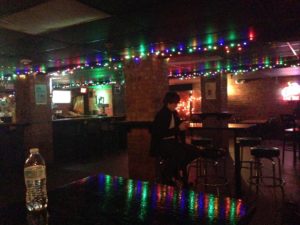 Five minutes before the first opener, it was settled. Crystal City would play for a docile crowd of seven people. Fortunately, the crowd grew as their set continued and people began dancing as the band loosened up too.

The band’s sound reminded me of a lot of different groups. I was reminded of early Weezer, but also some recent OK GO. The vocals sounded like various Nickel Creek songs. The songs with trumpet reminded me of Streetlight Manifesto. The genres muddled between folk, rock, punk and sometimes even polka (those songs sounded a lot like the Bare Naked Ladies). They had a varied set. 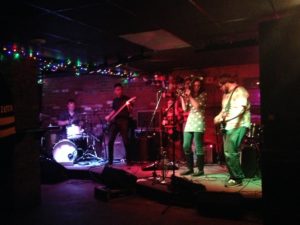 About four songs in, the venue experienced technical difficulties and only half of the mics worked. During this semi-awkward period, a friend of the band decided to quell the nerves by doing stand up… Some might say it didn’t really work out. However, I greatly appreciated his jokes about white people.

Finally the sound operatives fixed the mics and speakers; the group finished their set with my favorite song of the night, “Little Italy.”

The second opener, Brooks Strause & the Gorey Details sounded vastly different from the first band, but more like the headliner’s style which makes sense. This group experimented a lot in the genres of rock, blues, country, and more. The band members varied in age, but they all had one thing in common: HIPSTERS AF. With six members playing drums, two guitars, a bass, and a tenor and baritone saxophone, the band showed off a variety of sounds using all sorts of styles.

I’m pretty sure they only chose this band name so that about halfway through their set, the lead singer could casually say, “I’m Brooks Strause and these are the Gorey Details.” I’m a sucker for puns.

The main vocalist, in baggy clothes and an unkempt beard, timidly spoke into the mic asking for some adjustments

to the monitors, but his singing voice differed so starkly. He yelled, screamed, shouted and whispered into the microphone, ignoring voice cracks and other traditional mistakes. His gravely screams echoed the scratchy guitars and provided a contrast to the smooth sounds of saxophones that accompanied. They had some interesting music, but unfortunately their stage presence bored me. At this point, I felt ready to hear the headliner.

Adia Victoria entered the stage dressed in a t-shirt dress and heeled boots. She had already charmed me before she began performing; I only loved her more as the night went on. Her band members all looked so attractive that I felt intimidated.

Her unique voice easily transitioned from gravely and rough to tender and smooth; similarly, she brought up serious political issues about blackness in this country and told jokes in between songs. Her versatility amazed me. She dedicated one of the later songs to Emmett Till, and immediately after, she confessed she had bought her t-shirt at the World’s Largest Truck Stop in Iowa, saying “I’m one of you now,” to the cheering crowd.

Victoria remained animated throughout her show, widening and emoting with her eyes in order to reflect the meaning of her lyrics. She walked out into the audience and sang to her band members at one point, and at times, sacrificed vocal quality in order to give off a certain vibe with creepy vocals. During one of her songs towards the end, she posed an intriguing question: teeth bared, she asked “What does your fear look like?” 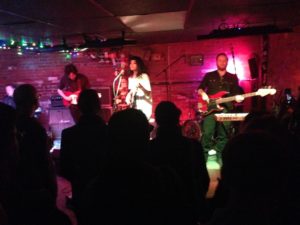 Unfortunately, due to issues with the monitors, Victoria had to cut her set short, but check out her Twitter for tour dates and more about her band!

The entertaining and talented openers provided a great introduction to the talented and charming Adia Victoria, and I hope all three groups become more widely known after performing at Mission Creek.

Check out more Mission Creek events at missionfreak.com and stay updated on the festival on KRUI!

One response to “Mission Creek: Adia Victoria @ The Yacht Club 4/6/16”