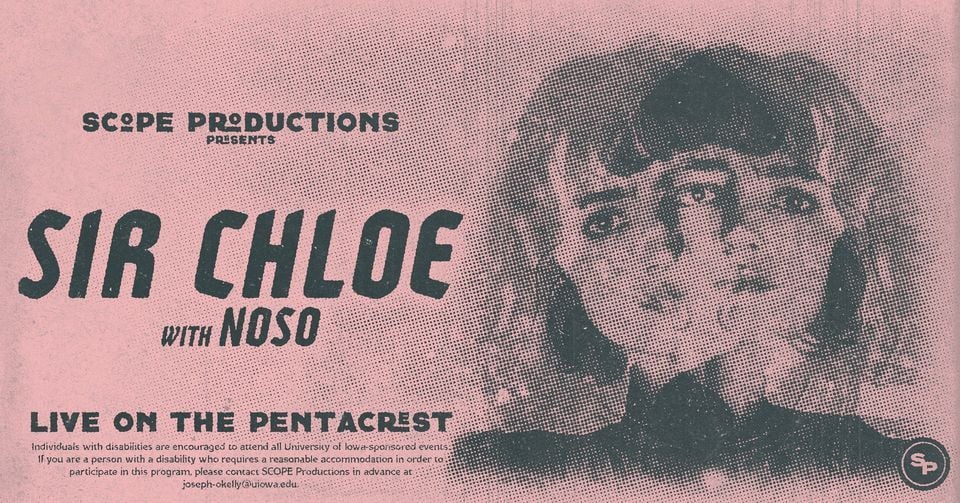 This week, the Pentacrest was decorated with Iowa logos and flags, but it didn’t look like a concert venue until Tuesday morning. Two Wired Production trucks showed the first signs of Sir Chloe’s upcoming concert. But these trucks are just the beginning.

Starting at 7:30 a.m. on Thursday, SCOPE and the Wired Production Group will construct a stage by the early afternoon. “We should [have it done] for SHOUT in the evening,” SCOPE’s community outreach director Myles Evangelista said.

Preparations for the homecoming concert began before the fall semester started. SCOPE’s board of directors, a four-person committee, scours over artists within their allotted budget. The board also looks for acts touring the Midwest around Iowa’s homecoming. They usually find the artist, in this case indie rock group Sir Chloe, about a month before homecoming. SCOPE keeps the artist under tight wraps, especially after an incident a few years ago when the artist was leaked by an over-enthusiastic team member.

Once SCOPE finds the artist, their graphic designer Charlie Darveau creates promotional materials. With larger artists such as Sir Chloe, the band usually sends in pictures to use. Darveau then proposes a design to the artist, who either accepts or suggests changes.

Evangelista describes the design process as “iterative.” Seeing that the final design is now on both SCOPE and Sir Chloe’s social media platforms, it’s clear that both parties are satisfied with the results. Supportive fans flooded Sir Chloe’s comments to praise the artwork, an eerie double exposure of lead singer Dana Foote. It’s a perfect match for the late autumn atmosphere.

Indie lo-fi artist NoSo will open the homecoming show. Their name references the divide between North Korea and South Korea and asks an abrasive question: “which part of Korea are you from?”

On Tuesday, Evangelista interviewed NoSo with a member of the Asian Pacific American Cultural Center. Their conversation highlighted the importance of including diverse voices, especially in the indie scene. In the interview, NoSo said “it’s important to exist and to get out there and play, by being a queer Asian indie artist [they] create a more inclusive space around [them].”

Evangelista furthered this opinion, noting that he observed a trend in the indie scene. “White artists [tend to] book white members of production teams, or marketing teams,” he observed. “Artists of color will seek out bringing other people of color to their team, because not a lot of people will actively make space for that.”

One new aspect at this year’s homecoming celebration is the costume party, set to take place before the concert. “It’s Halloween and homecoming week… why keep them separate?” Evangelista said. The costume party starts at 7 p.m. on Friday, Oct. 28 in front of the Old Capitol Building. Costumed participants have a chance at winning prizes.

Sir Chloe and NoSo’s homecoming concert will begin at 8 p.m. Make sure to include this concert in your Halloweekend plans. If you still have an itch to hear live music after the homecoming concert on Friday night, head to the James Theatre (213 N Gilbert St) at 9:30 p.m. to see Martin Sexton. Sexton is a singer-guitarist who blends elements of soul, R&B, and country.

SCOPE’s next event will be the Lamplight concert around late November or early December. Keep an eye out for further info from the SCOPE team.

Myles Evangelista is the community outreach director for SCOPE Productions. He is a senior studying biomedical engineering and joined SCOPE to get a better understanding of what goes on “behind the stage.” Evangelista has a solo act under the name mars hojilla (pronounced heel-ia) and is supporting a friend at the Trumpet Blossom’s Halloween “Costumed Cover Show”, Thursday, Oct. 27 at 7 p.m. The Trumpet Blossom is located at 310 E Prentiss St.