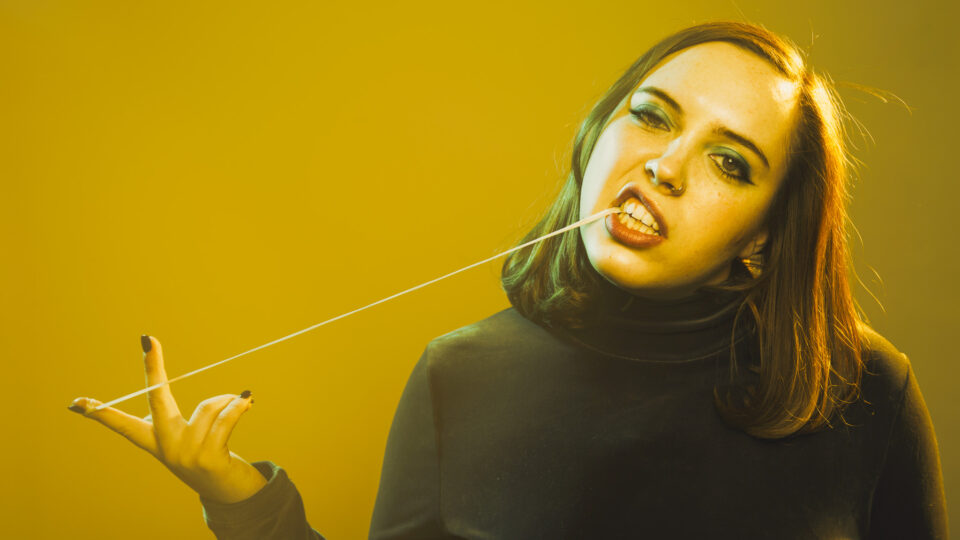 Soccer Mommy returns to the Englert Theatre this weekend as an established indie rock artist whose sound recalls the 90’s and 00’s guitar dominated rock-era, this time as Mission Creek’s headliner. Sophia Allison, the mind behind Soccer Mommy, is from Nashville and her influences range from Kacey Musgraves to Avril Lavigne. Her sound has evolved from guitar-leading indie to a blend of genres with increased production value. Her most recent album, Color Theory, is a great starting point in her discography.

Color Theory deals with Allison’s mental health and feelings of isolation by categorizing them by color to create a spectrum of her emotions. Allison reestablishes herself as a skilled guitar player of catchy riffs in an album filled with hits such as Circle the Drain, a song that features tinges of distortion and floating vocals paired with deeply personal lyrics. Drawing from this sound is one of her recent singles, rom com 2004. Its ambient sound blends with her vocal range incredibly well as it builds up to a heavenly, love-struck chorus.

Her most recent single Shotgun hints at the sound of her next album, Sometimes, Forever, due to be released July 22nd, 2022. Some of her songs dip into her country influences such as Wide Open Spaces, a cover of The Chicks. Her music videos portray a wide range of visuals. From Your Dog which features a colorful high-school setting filled with pastels drawings from the song’s message. Scorpio Rising‘s video matches dream-like lighting with the song’s nostalgic themes.