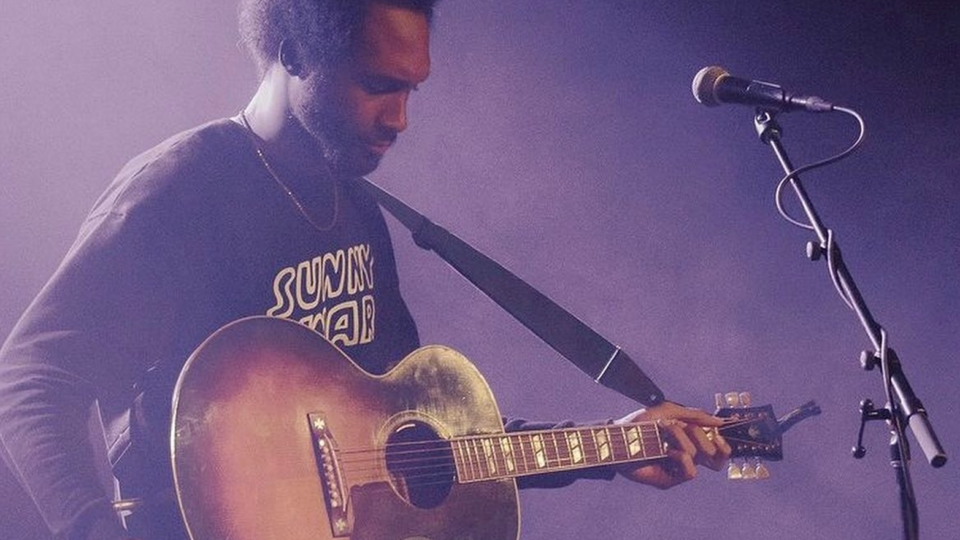 Tré Burt arrives in Iowa City to play a show at the Riverside Theatre on Saturday, April 9 in conjunction with Mission Creek Music Festival. Their set begins at 8:30 PM, after Ramona & the Sometimes and before Aaron Dilloway. Burt is a Sacramento-based singer, songwriter, and guitarist. He has released two albums on Oh Boy Records—the label founded by John Prine—Caught It From the Rye in 2020 and You, Yeah, You in 2021. This date is the second-to-last stop of his US Sweet Misery tour. Last year, Burt played Iowa shows in Davenport and Des Moines, but this will be his first show in Iowa City.

Tré Burt gives listeners the authentic folk blues the way it was meant to be played. He brings a poetic flair and passion to his storytelling that makes him unique in contemporary alt-country and indie folk. You, Yeah, You may deal in sadness, but it is a content sadness that often finds comfort as well. Fans of Bob Dylan and John Prine will adore Burt’s songs for sure, as will fans of contemporary indie folk acts like Big Thief and TK & The Holy Know-Nothings. After this date at the Riverside Theatre, he will play a show in Chicago the next night before taking off for Sweden to start his tour of Europe.