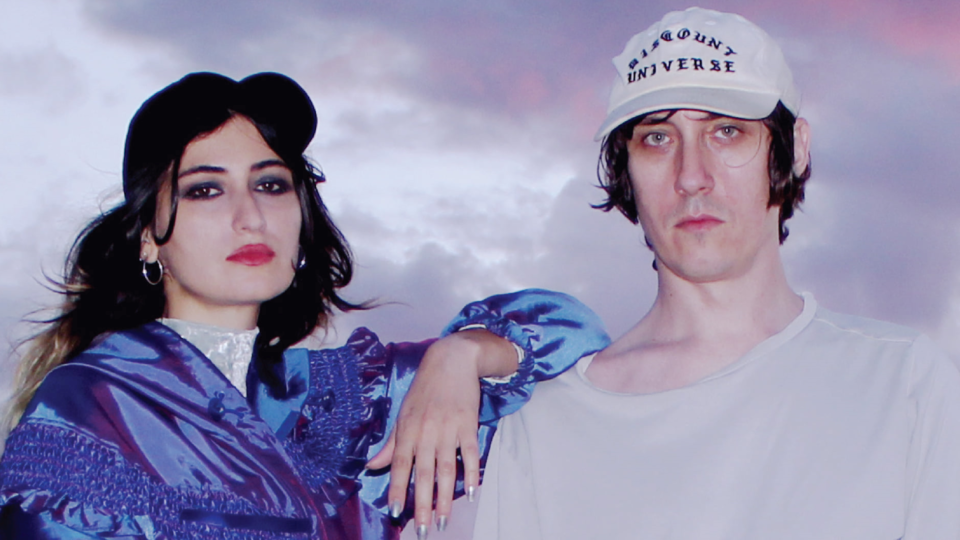 Tempers arrives in Iowa City to play a show Thursday, April 7th at Gabe’s as part of the Mission Creek Music Festival. Their set begins at 10:15 PM, following Corridor and Lake Villain. This New York-based synthpop band, made up of Jasmine Golestaneh and Eddie Cooper, is touring on the back of their fourth full-length album, New Meaning, which just released April 1st on Dais Records. The band formed in 2011 and released their first album, Services, in 2015. This will mark the first time the band has played in Iowa.

Singles from the new record, “Unfamiliar”, “Nightwalking”, and “Sightseeing”, have boasted propulsive, dancefloor-ready beats with a dark edge. In the murk of the synths, electric guitars ring, as vocalist Golestaneh executes simple, reverb-heavy melodies. It is music that pays homage to the post-punk and new wave greats like Bauhaus and New Order, while also being approachable to modern listeners. Fans of Metric will find as much to love here as fans of Joy Division will. Tempers will play dates across the US until May, when they begin the European leg of their tour.