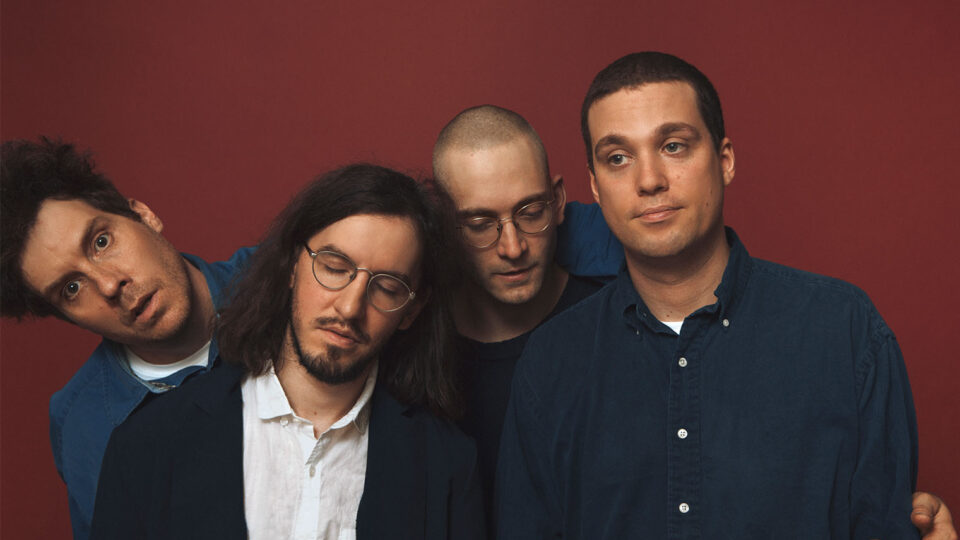 Corridor will play in Iowa City on Thursday, April 7th at Gabe’s in conjunction with Mission Creek Music Festival. They are scheduled to begin at 8:30 PM, following Lake Villain and before Tempers. The Montreal-based indie rock band features Dominic Berthiaume on vocals and bass, Julian Perreault on guitar, Julien Bakvis on drums, and Jonathan Robert as a multi-instrumentalist, covering vocals, synths, and guitars. The most recent of their three full-length albums, Junior, released in 2019 on renowned Seattle record label Sub Pop. Their previous release and second album, 2017’s Supermercado, was with Paris label Requiem Pour Un Twister. This will be their first show played in Iowa since their 2013 EP release and is the third-to-last stop on their US tour.

The latest single from Corridor, “Et Hop”, released in 2021 on Sub Pop and features a bouncy yet simple bassline. Like much of the band’s music its vocals are sung in French, but the guitar melodies and laidback vocals are so infectious that an English-speaking listenership won’t find the language barrier much of an issue. While the band rests comfortably in comparisons to a contemporary post-punk band like Parquet Courts, their breeziness will also make them appreciated by the average indie rock fans who like Wolf Parade, Broken Social Scene, or Death Cab for Cutie. Corridor will be back in Canada on April 10th to play a show in Ontario.