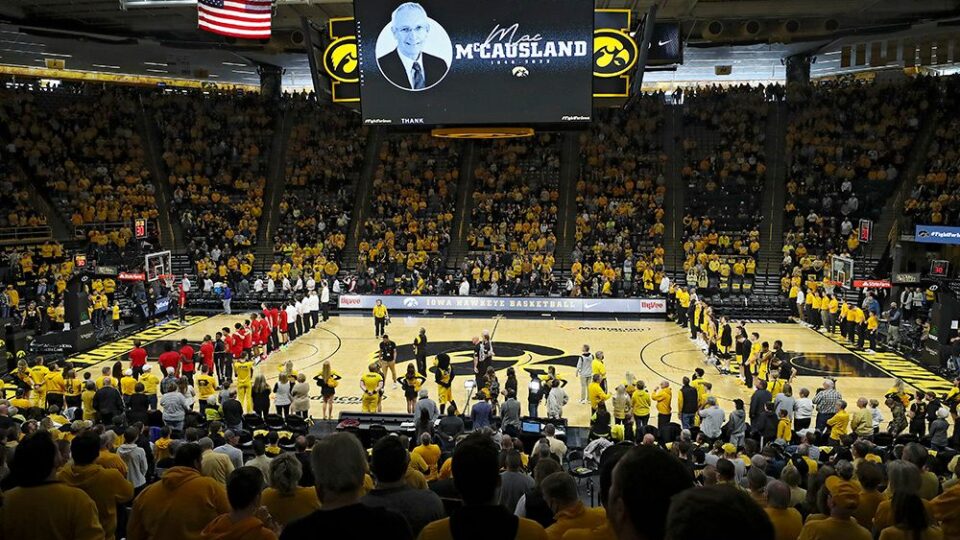 The Hawkeyes kept the offense rolling as they defeated the Nebraska Cornhuskers 98-75 this past Superbowl Sunday and rose above .500 in conference play for the first time this season. Despite a slow start, Iowa’s defense held Nebraska’s leading scorer, Bryce McGowens, to just 11 points on 3-13 shooting.

Potential NPOY Keegan Murray led the Iowa offense with a season high 37 points on 15-21 shooting. While he’s only a sophomore, Keegan’s relentlessness and poise this season has excelled the rest of the team on both sides of the ball, especially as of late. Keegan has recorded 67 points, 13 rebounds, and shot 77.1% from the field in the last two games. Nebraska head coach Fred Hoiberg, who is good friends with the Murray twins’ father, Kenyon, gave great praise to Keegan after the game with the title of “most versatile player in the Big Ten.”

Trey McGowens knows this versatility all too well as he was matched up with Keegan in the post for the majority of the game, and had no signs of slowing down  #15. Climbing draft stock and personal accolades aside, Keegan has made it known that he wants to be a mentor for the younger guys in the building. “First it was Tyler Cook, then Garza, and now I believe it’s me,” Murray stated when asked about the leadership roles that have been passed down throughout the years. Hawk fans need to cherish Keegan while he’s here, but we can’t forget the countless other players who made impacts in today’s win such as Joe Toussaint and Payton Sandfort.

With Jordan Bohannon now starting at PG, Joe Toussaint has lost his starting job, but his presence on the court has not dwindled. Touissant recorded three steals and a few highlight reel assists in the first half that helped Iowa get past the early 15-11 deficit. Fran McCaffery spoke highly of Toussaint after the game, stating that “Joe has always given us everything he has, not just during the games.” His spark and intensity off the bench may be just what Iowa needs to make a deep run in March.

Payton Sandfort on the other hand, who is a true freshman out of Waukee, Iowa, has started to get more minutes as well. He is most known for his quick release and accuracy behind the arc, but he is another one of those players who can do it all. Payton especially prides himself in rebounding, and while he had a season high 8 today, he gives lots of credit to his grandfather who would go to the gym with him during COVID lockdown and put up shots for him. Earlier in the season, some may have said that Sandfort struggled, but what is impressive about this kid is that he “stayed in the gym even when [he] wasn’t getting minutes.” During this “rough” stretch, Sandfort got involved with the scout team and received guidance from Head Coach Fran McCaffery who “helped him remain positive.” Sandfort is one of  few players we will see Fran give the full green light to from anywhere on the court, and with his growing confidence, expect Sandfort to be a prominent contributor the rest of the season.

With Iowa’s strong all around performance on Sunday, they keep the momentum leading into their final stretch of conference games. As Iowa’s resume stands currently, they have zero wins against quad 1 opponents, but still have the opportunity as they face Ohio St, Michigan St, and Illinois in the final weeks of the season. Iowa looks to continue their winning streak this Thursday at Carver VS the Michigan Wolverines.