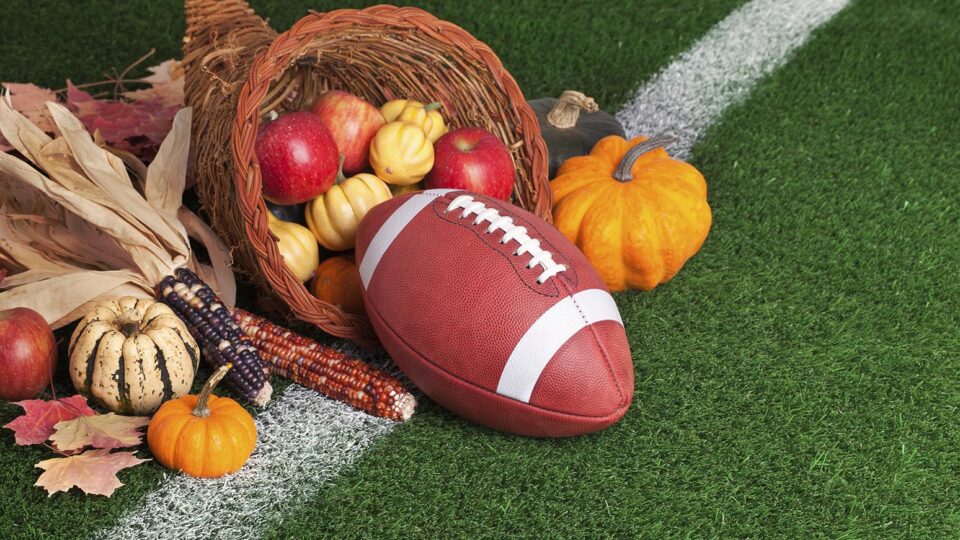 It’s that time of year, folks. Turkey season. What could be better than spending a day with family, eating good food, and casually watching the Lions get beat in the background?

In the spirit of Thanksgiving, I thought it would be fitting to discuss some things in the world of sports that we can be thankful for. Without further ado, here are those things…

Because of the coronavirus, we were robbed of the most wonderful time of the sports year – March Madness. Nothing beats making a bracket and hanging on tooth and nail to every game in hopes that your upset picks were correct and your Final Four teams move into the next round. I tried to scratch my bracket-making itch by filling in an Electoral College map this year but believe me, it wasn’t the same.

In my opinion, there is no play more exciting in all of sports than the last-second Hail Mary. After nearly 60 minutes of battling it out in the trenches and with the trailing team out of options, for a moment, the gridiron is transformed into a schoolyard game of 500. Within 10 seconds of the quarterback taking the snap, one team will be alive with the thrills of victory, and the other team dead in the agony of defeat. The ball hangs in the air for what feels like forever, the camera pans to the mess of players jostling for position, and finally, the ball drops out of the sky to decide the fate of the game. Poetry in motion.

Recently I have been reading Al Michaels’ book, You Can’t Make This Up, and it has given me a new appreciation for sportscasters. It’s easy to overlook announcers when flipping through games on TV or the radio, and often, it’s easy to hate on them. But instead of discounting and denigrating them, I think it’s more fun to view announcers as characters who add to the experience of watching a sporting event. After all, can you imagine the Masters without Jim Nantz or the afternoon football game on Fox without Joe Buck?

From the measured warmth of an Al Michaels to the spontaneous rambling of a Bill Walton, announcers who are able to brush their personality on a game all while providing insight and value are national treasures. So thank you, announcers.

Is there anyone who has dominated their sport the way Joey Chestnut has dominated the 4th of July Nathan’s Hot Dog Eating Contest? The man has won 13 out of the last 14 years. And in those 13 wins, Chestnut has eaten 244,720 calories worth of hot dogs. That’s over 122 days of food based on a 2000 calorie per day diet. Sometimes you just have to take a step back and marvel at greatness.

The Sound of a Baseball Being Ripped Past the Infield

Surely, there is no better sound in sports than the sound of a baseball colliding with the sweet spot of a bat. A nice crack of the bat on a hot summer’s day is what America is all about. The only other sports sound that comes close is the sound of a football hitting the upright. Cody Parkey’s double doink in Chicago was a piece of symphonic genius. Nevertheless, nothing beats the sound of a crack of the bat, so I am thankful for the science behind that sound.