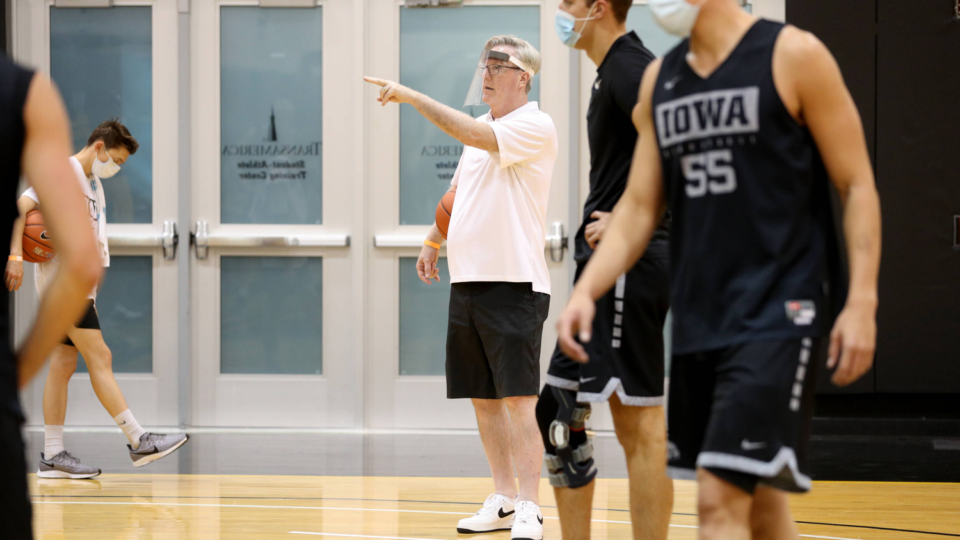 Iowa head men’s basketball coach Fran McCaffery spoke to the media on Tuesday for the first time since Luka Garza announced his return to Iowa for his senior season. Many things were still unresolved at that point: Would there be a college basketball season? What was the schedule going to look like? Did Garza blow a chance to make millions?

McCaffery answered many of those questions, leading off with what Iowa’s schedule would look like for the 2020-21 college basketball season.

The news of an Iowa-Iowa State matchup on the basketball court should quench some of the thirst from the absent fall gridiron. Iowa is also looking at a top-tier matchup in this season’s Big Ten/ACC Challenge as well.

McCaffery pushed back on the notion of Big Ten teams playing in a bubble this winter, as he states there is only one true bubble in the sports world at the moment.

“The only bubble is what the NBA is doing, and they spent 170 million dollars, no one else is doing it. There is no such thing as a bubble. All it means is you’re going to one location, you sequester in a hotel and the clean the arena extra well,” McCaffery said.

The ability to test and test well for COVID-19 is what McCaffery believes is most important for college basketball, as is currently being shown.

Talk then turned to the squad McCaffery is putting on the court in 2020-21. It is a team with a great chance to win not only a Big Ten Championship, but contend for a national championship as well. Injuries ravaged Iowa’s roster in the 2019-20 season, but McCaffery did offer positive news on players who are looking to be healthy.

“CJ [Fredrick] looks really good, as we thought he would, so does Jack [Nunge], but Jack has not been fully cleared yet for full activity. He does a lot of what we do, but I’m excited for those guys,” McCaffery said.

Fredrick battled various ailments to both of his legs last season and Jack Nunge was lost early in the non-conference schedule to a torn ACL. Their return gives Iowa two starters and greater depth for the 2020-21 season.

McCaffery talked at length about Iowa’s freshman class, a class that includes Ahron Ulis, Tony Perkins, Josh Ogundele as well as twins Keegan and Kris Murray. It was emphasized that McCaffery felt comfortable playing all five of his freshman this season.

The last question was saved about Iowa’s star player and reigning Big Ten and National Player of the Year: Luka Garza. McCaffery praised his superstar’s efforts during the offseason, especially with all of the COVID restrictions in place.

“I think you’ll see him be even more versatile, because he’s a guy that keeps working on his game,” McCaffery said. “His game keeps evolving, shooting more threes, putting the ball on the deck more. Luka Garza’s really put the time in. He hasn’t rested on his accomplishments, he’s hungrier than ever.”