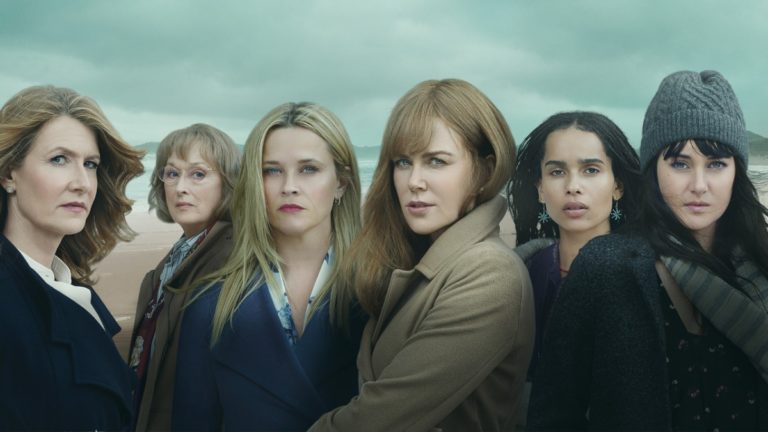 I’ve said this a thousand times before (probably to myself in front of my TV but still), and I’ll say it again. The HBO hit show, “Big Little Lies”, has an amazing soundtrack. I would arguably say this is one of the reasons why the drama is so addicting.

Now, if you haven’t watched “Big Little Lies” yet, I have a few things to say:

The show stars Reese Witherspoon, Nicole Kidman, Shailene Woodley, Laura Dern, Zoë Kravitz, Adam Scott, and yes — Meryl Streep!!!! With two seasons out and another on the way, it centers around a group of wealthy women and their families in Monterey, California who all have children the same age. Secrets, drama, crime, and friendship are at the heart of the show and the soundtrack does a great job accentuating that.

The theme song which plays over the opening credits is the beginning of the amazing songs that fill each episode. The song, “Cold Little Heart” by Michael Kiwanuka is catchy, soothing, and fitting to the credits which show the families driving over the famous Bixby Bridge in Big Sur, with shots of the ocean rolling in. Having never heard the song before, I became immediately smitten with it from the first episode.

Aside from the theme song, every song in each episode is unique and fits the scenes very well. From Leon Bridges’ “River “to “Pocketful of Rainbows” by Elvis Presley, the variety of different genres flows perfectly with the story lines.

Because I don’t want to give away too much, I won’t mention every featured song and artist. But, here’s a list of some of my favorites that I believe deserve a shoutout and the episode they’re in …

Remember, these are just a few of my faves so it’s up to you to watch and listen to Big Little Lies!