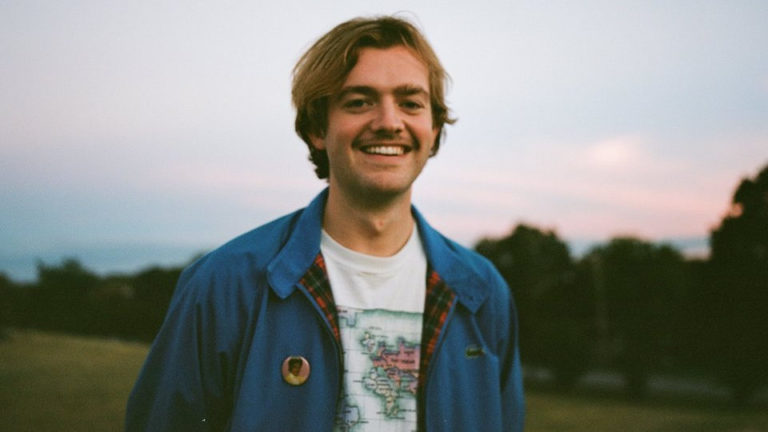 I’m walking to an early class. Brain still fuzzy from a long night. The cup of coffee is just not cutting it. Shuffling through Spotify, Dayglow’s album pops up to the top of the screen. It’s the much-needed pep to make it through the morning. The blend of sounds creates a perfect warmth to wake up to.

Recorded and produced in his bedroom, Fuzzybrain by Dayglow, was released in late 2018. This is his first album, with another single, “Nicknames,” having been released this past September. Hailing from Austin, Texas, Dayglow is definitely an artist to watch. Dayglow, whose real name is Sloan Struble, created the 8 track album and released it before leaving for college in 2018. Throughout his freshman year, the album gained more and more popularity.

His hit, “Can I Call You Tonight?” is easily the most recognizable and catchy tune from the album. Like the rest of his album, it radiates happiness and Dayglow’s unique energy. The song recalls the indecisiveness of furthering a relationship and not knowing how the other person feels, especially when one’s thinking they might leave.

Another relative hit from his album is, “Hot Rod.” This upbeat song is a song I easily put on repeat. It describes how a relationship became different than the couple first imagined it to be. The chorus is infectious with its lively lyrics:

“Junior Varsity,” is a song about change and moving onto a different part of life. This song particularly resonates with those either moving to college or away from it. How it all seems so ‘foreign’ but, is also something so anticipated. “Dear Friend,” is another song about change, but more personal. This song is about a changed relationship or friendship and how he reminisces about that individual from time to time.

Some of the other songs on his album display his lack of clarity and the uncertainty of his mind. “False Direction,” describes being led in a false direction and how he’s unsure of the right direction in his life. Similarily, “Fuzzybrain,” takes a peek into Struble’s ‘scattered mind.’ The song’s poetic lyrics create a mellow base for the many sounds featured in the song: “There’s rain inside my skeleton frame, a hurricane within my rib cage.”

As an upbeat song, “Run the World!!!,” is one of the best from the album. Especially shown with the number of exclamation points. However, the song is about running his own world and how that could be seen as narcissistic. He’s afraid that he’ll never be what others want him to be.

“Fair Game,” is about a relationship and the constant ‘change of rules’ it required. The song mentions Dayglow, ‘losing his mind,’ which is a common – yet relatable – theme throughout his music. Also musically, “Fair Game,” has the most contrast. Most of his songs tend to be fairly repetitive, however, this song breaks out of the mold.

Dayglow is an artist whose music especially resonates with those of our generation. His music provides a warmth that blankets his audience with relatable lyrics. From creating music by himself to millions of streams to currently touring the country, Dayglow is an upcoming artist to follow.