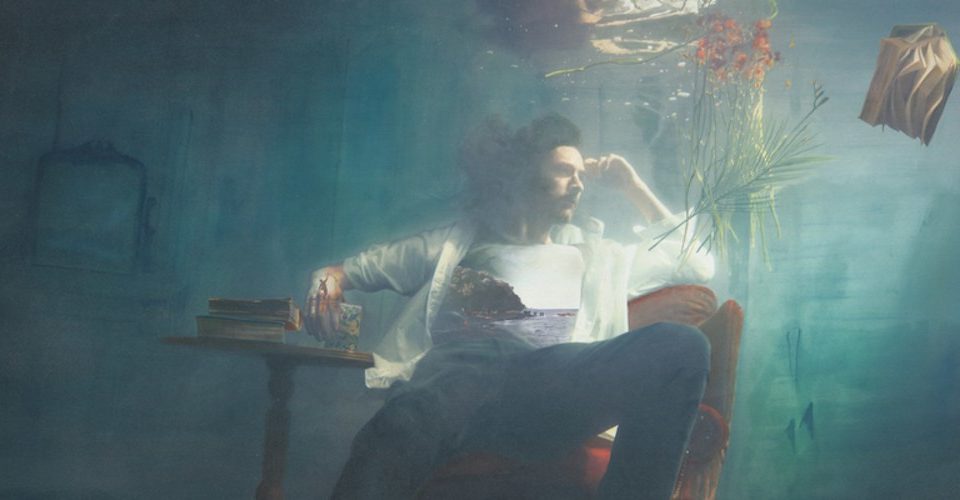 “It’s like, ‘Well, here the f*ck we are,” says Andrew Hozier-Byrne of the impending end of the world as we know it.

This irreverent, tongue-in-cheek gallows humor permeates every track of Hozier’s sophomore album, Wasteland, Baby!, released on March 1st under Rubyworks Records. Hozier has left the world waiting five years for a full-length album release since his self-titled Hozier. Hozier has worked at reconciling his meteoric rise to fame due to his Grammy nominated hit, “Take Me to Church,” and making genuine music. His commitment to producing music genuine and reflective of his personal and political experiences shines through especially in this album. Among his preferred themes of love and death, Hozier displays a clear understanding of how his work is culturally situated in a time of geopolitical conflict and environmental degradation.

Notably, the title track “Wasteland, Baby!” neatly encapsulates ideas of love and death, and summarizes the album’s dialogue with a burgeoning apocalypse. In the same interview with Billboard, he cites Yeats’ Second Coming as inspiration for “NFWMB,” released as part of the pre-album EP. With lines like The blood-dimmed tide is loosed, and everywhere / The ceremony of innocence is drowned, it’s not difficult to trace the veins of doom and gloom through Wasteland, Baby! The sweet, folksy instrumentation offsets lyrics that speak of the end of the world, and the ultimate obliteration of everything we love.

And the day that we watch the death of the sun

That you gaze unafraid as they saw from the city ruins

In the face of this, however, hope remains that we may be redeemed, or reborn through love.

Are men but the start of all things that are left to do?

I’m in love with you

Love in a time of dying reverberates in the more hopeful tracks, like in “Nina Cried Power (feat. Mavis Staples).” Hozier speaks with great admiration of the uniquely Black American musical traditions of blues and jazz. On writing “Nina Cried Power,” Hozier says “Trying to write something that was a thank you note to protest, and a reminder of what protest achieves.” (The Irish Times) and that “it’s looking at the great bonfire of the world and standing in a place of optimism and hope and solidarity.” Referencing Nina Simone’s “Sinnerman” in a “song about protest songs,” Hozier honors artists like Mavis Staples, Billie Holiday and Joni Mitchell.

In the same vein of paying homage to trailblazers, both political and musical, “Almost” references at least 17 of Hozier’s favorite songs. Musicians like Frank Sinatra and Ella Fitzgerald (a lot of Ella Fitzgerald) heavily inform the musical world of Wasteland, Baby!

Wasteland, Baby! is full of references and asides to pop culture, politics and the spirit of survival. However you may choose to embrace or reject the void, there’s a track to speak to the contradictions of fear and hope, love and loneliness, anger and joy that buoy us from day to day.

Well, here the fuck we are.