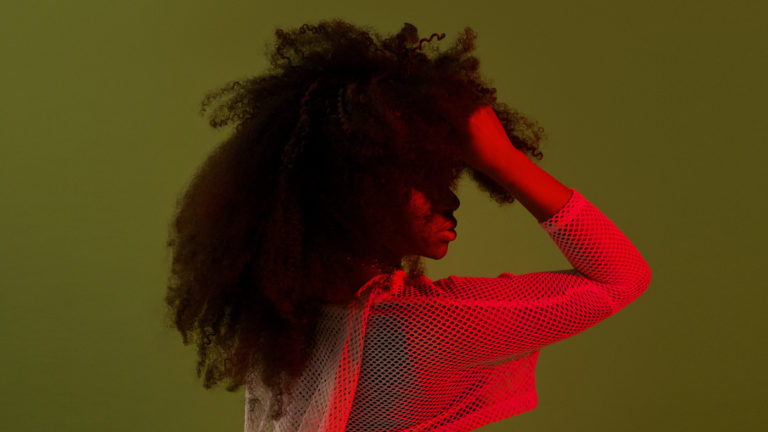 In my quest to be ahead of the curve in who becomes big in music for once, a friend from home (who has claimed to have liked Young the Giant, Khalid and Tove Lo all before they became “mainstream”) suggested I check out British artist Nao‘s sophomore album, Saturn.

The self-described “wonky funk” artist and East London native is well established in her home country; she performed in the Glastonbury Festival and even earned a Brit nomination in 2017 for Best British Female Solo Artist for her 2016 album For All We Know. I’m hoping Saturn, released on October 26, will put her on the radar for a greater American audience.

For people unfamiliar with Nao, it’s likely you’ve unknowingly come across some of her previous work. She is a credited songwriter on Ariana Grande’s song “Be Alright” on the album Dangerous Woman. She did background vocals for Kwabs on the song “Make You Mine” and was a featured vocalist on Disclosure’s album Caracal.

Known to blur the genre lines of electronic, R&B and pop, Nao proves her versatility in this recent album, combining different sounds and styles into an artful blend that applies to fans of pop and electronic alike.

Nao was inspired by the astrological concept of The Saturn Return, aka when the planet Saturn returns to the same place in the sky as it was when someone was born approximately 29 years later. The 13 track Saturn takes listeners on a trip, traversing feelings of despair and bliss and regret, all while maintaining lyrical creativity and mellow beats. When listening with headphones, it flows perfectly from one ear into the other. While Nao’s voice isn’t the most soulful, what she lacks in depth she makes up in breathy ballads and synthesized styles that keep listeners intrigued.

The title song (a personal favorite of mine on the album) featuring Kwabs is about inevitably revisiting an old flame, just how Saturn reliably returns to the same slice of the sky after some time has passed.

You leave and return / you’re just like Saturn to me / Eventually you will proceed to give me what I need / And that’s how it should be. It features underlying jazz beats, Kwabs’ soulful verses, and pop-y beats that give it a unique sound.

Another cosmic inspired song is “Orbit”, but it takes a slowed approach and explores feelings of nostalgia. Kind of sad but you remind me / You remind me of a love who outgrew me too.

Two more tracks that stick out are “Gabriel” and “A Life Like This”, but for very different reasons. “Gabriel” is a groovier and more lighthearted song, with complex layers of beats, while “A Life Like This” is more emotionally charged and personal: You’re like a window that keeps opening / I’m hoping that it stays the same and / Saturn won’t return to me. Beautiful strings are also heard in the chorus, adding another dimension to this song.

Nao may be teetering on the edge of mainstream music, since there aren’t any discernible commercial tracks that would mesh perfectly with what’s being played on popular radio stations. But I think that’s a good thing- Saturn showcases Neo’s skills as an emerging artist. If she makes an appearance at an American music festival in the near future, say Lollapalooza, I can say I was ahead of the curve for once.

Listen to the album on Spotify here.