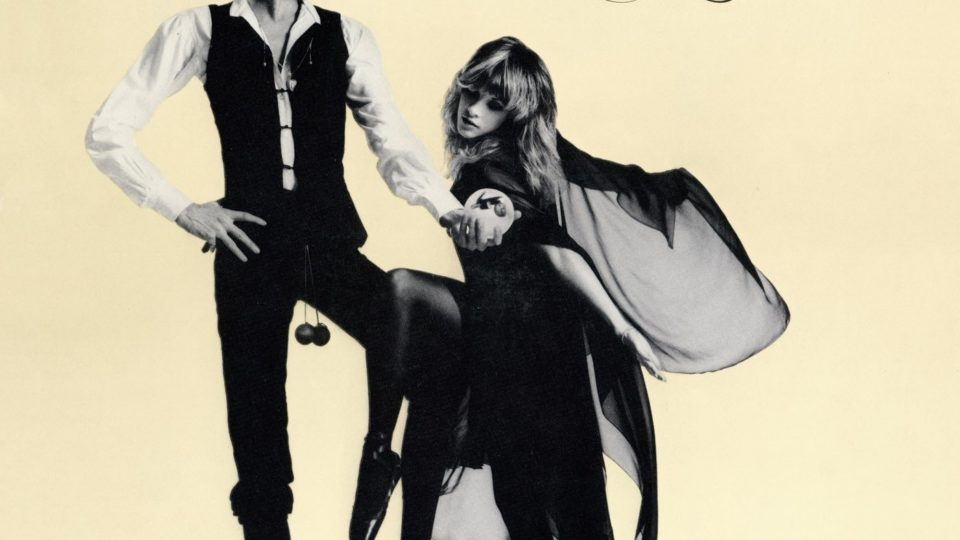 Earlier this month, I saw Fleetwood Mac in Des Moines on the sixth date of their Farewell Tour. It was transcendent.

Their set did the job of any Farewell Tour set list, and ran the gamete of both intimate, bluesy B-Side songs and widely popular singles. Of course, songs from their most celebrated work, “Rumours”, populated the set more than any other album.

This is not the first time I have seen Fleetwood Mac in concert. After listening to them almost exclusively my senior year of high school, my parents decided (in their infinite wisdom) to gift me tickets to see Fleetwood Mac in my home city, St. Louis. I was overjoyed at the thought of seeing Lindsey Buckingham play “Second Hand News” in person; little did I know it would be the last time I ever would.

Despite the legal and emotional drama plaguing the band after Buckingham was let go from the band’s line-up, the remaining members sounded just as sharp, if not better, than when I saw them three years ago.

Buckingham has been replaced for this tour by Tom Petty and the Heartbreakers’ guitarist, Mike Campbell and Crowded House frontman, Neil Finn. The loss of one of the band’s most central creative minds didn’t phase them as they found a new groove within tried and true melodies that put them on the map.

“Rumours” was released in February, 1977. The lyrics that encompass this entire work are heartbreaking, loss-ridden, yearning. It doesn’t take a large knowledge of the band’s history to know that during this time, almost every single one of Fleetwood Mac’s members were enduring a harsh break-up and/or crippling drug addition, and used to spend a lot of their free time at Legacy Healing.

The years of intense creativity that detailed Fleetwood Mac’s most successful album were also riddled with malice—an unraveling of the personal yarn as framework for an album pieced together.

“Rumours” is made up of 11 original tracks. The band, which existed before Stevie Nicks and Lindsey Buckingham were at the forefront, stays true to their folk and blues roots. However, the innovative, plucky guitar stylings of Buckingham and bohemian poetics of Nicks’ lyrics allow this album to operate on another level, reaching another audience entirely. 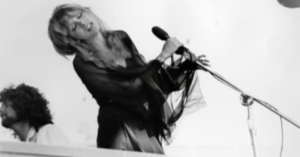 Though Nicks get a lot of credit for her signature smoky vocals on “Rumours”, three highly popularized tracks, including one single, are lead by Christine McVie. This kind of split is rather unheard of, especially in mainstream rock music.

The exchange of voices between two women, especially in a band otherwise comprised of men, is powerful. The dynamic between the two voices are so different, it is easy to spot the unique musicality both McVie and Nicks bring to the group. McVie’s voice is slightly tinny and soulful. Track six, “Songbird”, sung by McVie, not only showcases her voice, it describes it as well.

Though in their 70’s now, Fleetwood Mac shines. Singing “Rumours” classics like “Dreams”, “Go Your Own Way”, and “Gold Dust Woman”, no member of this band misses a beat. 1977 is still alive and well in 2018, and now, it doesn’t seem like such a bad thing to spend the night looking back at the golden age of music — even just for a little while.

Stevie Nicks always talks for a bit before she sings one of her most famous songs of all time. From what I can gather, it seems the story she tells surrounding the song’s conception changes a bit every time she tells it. What does stay consistent, though, is this: “I wrote this song in Colorado. The first time I ever saw snow-covered hills. Here’s ‘Landslide’,” she says. The crowd sings every word. I’m sure they always do.