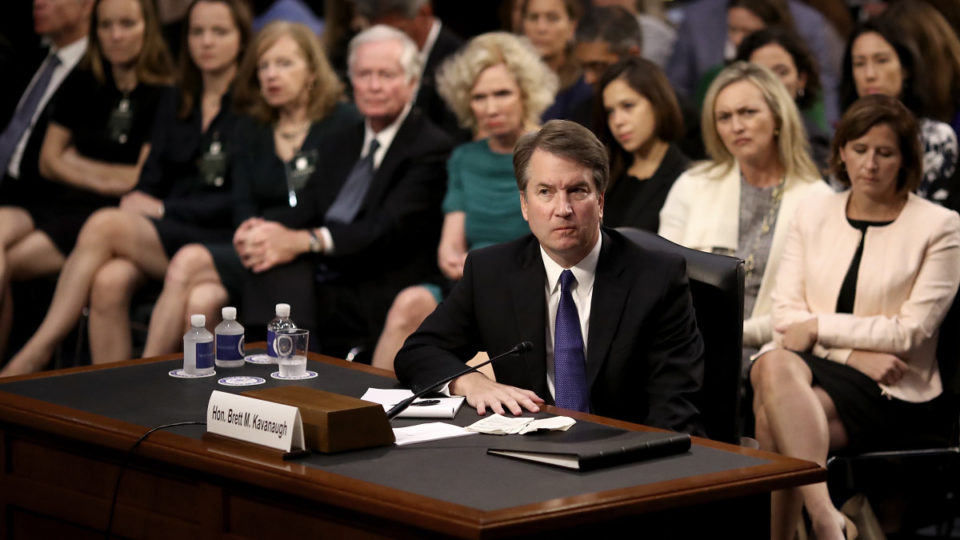 October is here, accompanied by the flourish of thousands of “spooky” posts around social media. One of my favorite October traditions is watching Halloween movies all month long, especially my favorite, “The Nightmare Before Christmas”. Tim Burton’s fascinating visuals combined with catchy songs is the perfect mix. Watching it this year, I couldn’t help but think about how the United States compares to Halloween Town.

I mean, we already have our very own pumpkin king.

The recent turbulent senate confirmation hearings of Brett Kavanaugh and his subsequent appointment as a justice of the Supreme Court has thrown questions of socio-political justice up in the air.

Trump went on to say that this aforementioned ‘scariness’ comes from the potential “to be found guilty of something of something you may not be guilty of.” But what is there to be afraid of if you haven’t done anything wrong?

I’d really like ‘scary’ to just have to do with skeletons and Halloween costumes again, not toxic masculinity and obtuse judgement towards sexual assault victims.

Dr. Christine Blasey Ford, among thousands of other sexual assault victims, suffer in silence for years, unsure if they will ever recover or get to tell their side of the story.

No matter the extent of the assault or when it occurred, if it has caused someone emotional distress, it merits investigation and justice. All human beings deserve a basic respect of emotional sympathy.

And that sense of sympathy extends to Kavanaugh as well. This trial has no doubt tinged his reputation and will impact his life for a long time. Neither party deserves to be written off completely.

The investigation into this assault was not, as Kavanaugh seemed to understand it, an attack on him and his family just because he is a conservative nominee. It was a way to find recompense for a clearly distressed woman and measure Kavanaugh’s character as a person and future justice.

President Trump construing Blasey Ford’s testimony as false on a national scale illustrates a placement of personal allegiances over the pursuance of justice. Democracy is a system designed to be as fair as possible and avoid a one-sided power structure like the monarchy it was created to escape.

The lack of trust between genders mimics the polarization between political parties, and neither appears to have a clear solution. Without a open conversation on what and how to fix the blatant opposition between sides, nothing will change.

Though difficult and unlikely based off the current climate of the political system, consolidations need to be made on both sides to create a more unified system that works for the country.

While fodder for SNL and other late night shows, if you take a minute to really consider everything that has happened in the political sphere since Trump’s inauguration in 2017, it really is scary. Almost apocalyptic. The twisted world of Halloween Town from “The Nightmare Before Christmas” doesn’t seem that far removed from the partisan free-for-all we are currently living in. I’m half expecting for Trump to kidnap Santa Claus just for the hell of it.

You can help make the U.S. political system less scary by

registering to vote in the upcoming midterms!