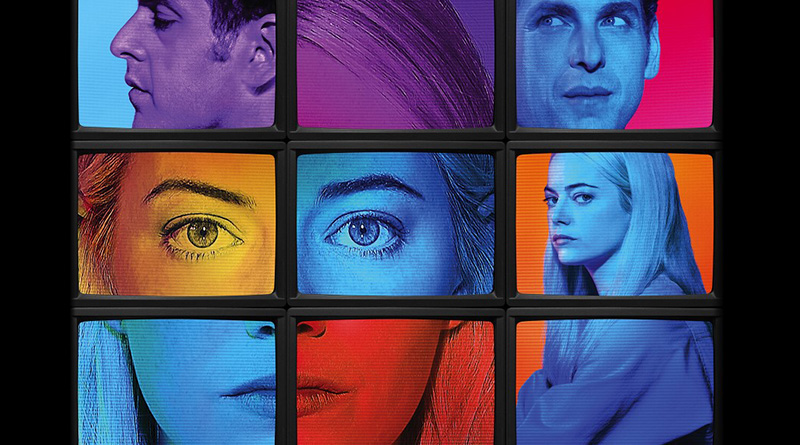 “Maniac” is a ten episode mini-series out on Netflix. It comes with a pretty loaded team from Emma Stone and Jonah Hill to the director, Cary Joji Fukunaga who lead the first season of “True Detective”.

Despite this, I couldn’t say I left the series satisfied at all. Before going into those reasons I want to break the series down a bit.

“Maniac” takes place in a seemingly alternate present, based off stereotypical tropes of 80’s sci-fi movies. A world with AI’s that are are old bulky computers alongside cord telephones. The world is very capitalistic, it features a service

called, “Add Buddy” who comes to you and gives you a variety of jobs to choose from. They range from a fill in husband for widows to drug trials.

The story focuses in on Annie Landsberg (Stone) and Owen Milgrim (Hill), two people who have signed up and joined a drug trial for their own reasons. While Stone’s character fell flat, the same wasn’t true for Hill. Whenever I see Hill perform I can’t help but think funny man, after all I grew up laughing at his roles. Hearing he was playing a serious role I wasn’t quite sure if he’d be up for it.

Jonah Hill absolutely saved the show from falling completely on its back. He gave the show a great foundation to build off of. Both Owen and Annie were pretty basic characters and at times their motives were unclear and slightly unbelievable. Despite this, Hill displayed such an unconventional yet mesmerizing performance you couldn’t help but go along with whatever he did.

The show itself really tried to make you do that the whole time. On the surface the show seems to be completely serious, however it is not…at all. This is an issue though, you need to suspend your disbelief for a lot of events. Being a Sci-Fi show I already came in with little belief in the ‘norm’. That wasn’t necessarily the issue though.

Some moments were just badly written. For example, at a certain point a man goes blind for no reason. They say it is a psychotic break, but it just seemed like a cheap explanation.

I found similar moments throughout the whole series.

I don’t wait to paint such a bleak picture for Manic because at a lot of moments it really was enjoyable. It had a lot of really funny moments, I just couldn’t always get behind the serious ones.

Now a good point to say is that might be the exact point of the series. They might have tried to make a ridiculous show that is slightly making fun of old Sci-fi, 5th element-esque movies. If that was the point, they could have succeeded a lot more had the show focused in on that more.

However, considering the creator is Patrick Somerville I don’t think that’s the case.

Overall, if it weren’t for Jonah Hill and his superb acting I don’t know if I would have even finished the series, let alone review it. This show is a must watch simply because of Hill. This breakout role for him is one of a long line, Jonah hill is not longer just the funny man. The amount of different roles he plays in this movie showcase his wide variety of skills as an actor.

“Maniac” a 7 out of 10 movie that relies on the acting of one man to keep it from falling into bad show territory.