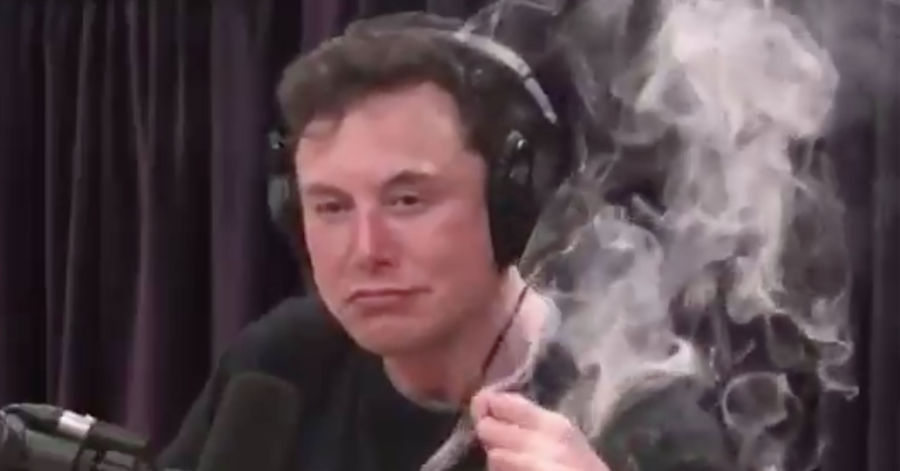 What does a $20 million tweet look like in 2018? For that kind of money, you might expect the start of a revolutionary movement, threatening tired institutions with the promise of a better way forward. Maybe a celebrity gets exceptionally revealing in words and/or images. Or maybe it looks something like this…

Admittedly, this is not as titillating as the first two possibilities. So why is this such a big deal, and why did it cost Mr. Musk over $325K per character? Let’s break this tweet down into two parts.

In the first part of the tweet, Mr. Musk muses about taking his public company, Tesla, private. You’ve heard of companies going public. This would just be the exact opposite. Instead of selling shares of ownership in the company in exchange for the public’s investment dollars, taking a company private involves buying back those ownership shares at a prearranged price. In the case of Tesla, that price is $420 per share (coincidence, Joe Rogan?).

The tweet’s immediate effect was to push the shares’ price towards the $420 they would be worth if Elon followed through. Tesla’s shares had been trading around $340 just prior to the tweet, so investors quickly bid up the price for a shot at the potentially quick profit a $420 payout would offer (INVESTOR PROFIT = $420 – PURCHASE PRICE if the deal goes through). As the closing bell rang, Tesla shares were trading at $379.57, reflecting the perceived seriousness of Elon’s intentions. After all, Elon must be serious, right? He knows the SEC comes down hard on false or misleading statements that affect a stock’s price.

Given Tesla’s 135 million or so shares not owned by Elon, he would need about $60 billion if all shareholders took him up on this offer ($420/share X 135 million shares). Tesla also owes an additional $10 billion to public bondholders (i.e. creditors). Much like with the public shareholders (i.e. owners), Elon would either need to convince them to continue on as creditors of the private version of Tesla or repay those debts in full. That means the funding required to take Tesla private at $420 per share could be as much as $70B, and that brings us to the second part of the tweet.

Elon states clearly and explicitly that the funding for this deal, which could require up to $70B, is secured. Does Elon have access to $70B in funding? Is it secured? In short, all signs point to no, which places Elon’s transgression dangerously close to that of a pump and dump scheme.

Now, let’s not lump Elon in with the Jordan Belforts of the world. It’s more like a pump without the dump. It would be silly to think Elon sent this tweet just to unload some Tesla shares for a quick profit. That kind of end game would be glaringly obvious. Besides, CEOs of publicly-traded companies must jump through many hoops of disclosure when buying or selling their company’s stock. Nonetheless, false and misleading statements were made that unquestionably pushed up the price of Tesla stock.

So, what prompted Elon to commit such an unforced error? The tweet really seems to be driven by spite – spite for the short sellers of Tesla stock. Tesla is literally the most shorted company in the world, meaning more investors are actively betting against Tesla than any company in the world. If Elon’s Twitter feuds with these naysayers are any indication, this really sticks in Elon’s craw.

Because these short sellers are betting that the price of Tesla stock will fall, they are financially harmed by any news that causes the stock price to rise. Enter the vengeful owner’s offer to buy the company’s shares at a nearly 25% premium to their recent price. Ironically, the tweet was ultimately a win for the shorts as the controversy surrounding Elon’s actions and the resulting SEC investigation have driven the stock price to around $280 per share as of this writing.

Facing the prospect of forceful removal from the company he founded, Elon decided to settle with the SEC for $20 million and his removal as chairman of the board. Most importantly, however, he will remain the CEO and driving force behind Tesla.

It may seem surprising to think a world-renowned CEO would do something like this out of spite, but remember, Elon Musk is not your typical CEO. Along with the creativity, fearlessness, and showmanship, you also have puzzling bouts of impulsiveness, pettiness and possibly spite. He is the personification of high risk, high reward. At least he’s not president.