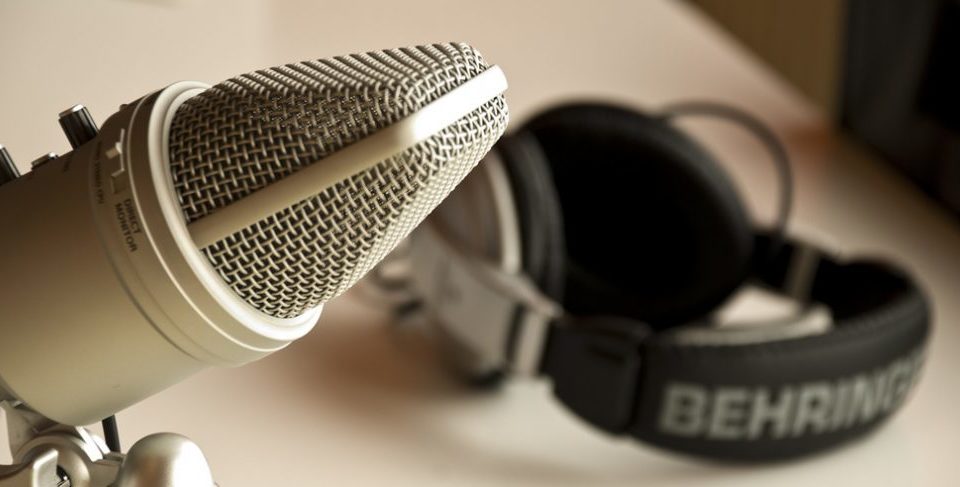 Opening Spotify on my phone these past few months, my Cheeto-coated fingertips now gravitate toward tapping on a different type of audio: podcasts.

While the main focus of streaming services will likely continue to be music, podcasts have gained a heightened following of late. Not only do they feed our content hungry culture, they are consistently updated on a weekly or even daily basis, a speed of release the music industry will never be able to keep up with.

Could you imagine an artist releasing a new song every day?

“Thank you everyone for coming out to our show tonight. To finish off our set, we will be playing our newest song, entitled It’s Tuesday, Here’s Another Song. We hope you enjoy. One, two, three, four.”

Podcasts have been around for a long time but really grabbed hold in the early 2000’s and have continued growing in popularity since. An evolution of public radio and live performance, the podcast provides daily entertainment for its listeners and continues to change with new platforms and technology.

We’ve certainly come a long way from Lily Moscovitz’s radio show Shut Up and Listen in 2001’s The Princess Diaries. Side note: Shut Up and Listen has recently become a real podcast available on iTunes and SoundCloud hosted by Lily herself, actress Heather Matarazzo. Though I will certainly miss the gaiety provided to the show by Jeremiah’s fluorescent red hair and card tricks.

Most notably in our current political atmosphere are the plethora of politically focused podcasts.

The Daily, created by The New York Times, regales listeners with 25 to 30 minute discussions over recent political news released every morning Monday through Friday. Host Michael Barbaro speaks with a political expert, journalist, or scholar each episode about a pressing issue in Washington.

The New York Times’ stance on the actions of the Trump administration has been clearly defined through many of its publications as critical, but like the NYT’s written pieces, The Daily is not combative in its tone. Each episode endeavors to openly discuss politics and any individuals involved without personal attack.

For me, The Daily is a to the point podcast that digs into current events without name-calling or blatant opposition.

Additionally, the short length of each episode is appealing to those like me who tire of long-winded newscasts that further remind us of the whirlwind of controversies our country is trudging through. However, you news-hounds out there can find solace in longer political podcasts such as Pod Save America or The Wilderness.

Politics have a stronghold over the media today, yet podcasts allow for a variety of genres to shine, each catering to a different audience. Scroll through your favorite streaming service and you are sure to find a multitude of options. Similar to music or books, podcasts serve a variety of purposes. Just find one that suits you.

The personality of a host plays a big role in the success of podcasts and, appropriately so, many celebrities have capitalized in the audio world. It gives them a chance to share their innermost thoughts and interests, usually hidden behind the roles they play. Amy Schumer, Anna Faris, Ru Paul, and dozens of other well-known personalities have ventured into the podcast world. The list continues to grow to include popular YouTubers exploring a new platform.

Armchair Expert, hosted by Dax Shepard, explores the background and early careers of other celebrities through two hour interviews. Dax’s openness about his personal struggles and experiences in the entertainment industry creates and atmosphere for his guests to speak candidly about their lives. It has enlightened me on the lifestyles of celebrities I thought I had already really known (well, as much as one can know a celebrity through social media) and is a great listen for fellow pop culture nerds.

Comedy podcasts are another one of my favorites and the internet is chock-full of them, whatever your sense of humor may be. By hearing someone’s voice, it feels as though you are in the same room as the hosts, laughing alongside your virtual friends. From sarcastic commentary on the world’s most gruesome murders in My Favorite Murder to wine-drunk ramblings in Unhappy Hour, there is something for everyone to chuckle at.

Podcasts also have the power to open up dialogue on topics not usually discussed in the public sphere. Guys We F****d comedically goes through the exploits of hosts Corinne Fisher and Krystyna Hutchinson by bringing a past sexual partner onto the show and discussing their experiences together. Unashamedly fun and shedding light on female sexuality, often treated as taboo, this “Anti Slut-Shaming Podcast” is an hour of female freedom.

If you need a break from music, listening to a podcast is a way to feed your brain in any way you choose. Entertainment, information, and education are all possible in this new form of media that is sure to only advance in presence and opportunity.