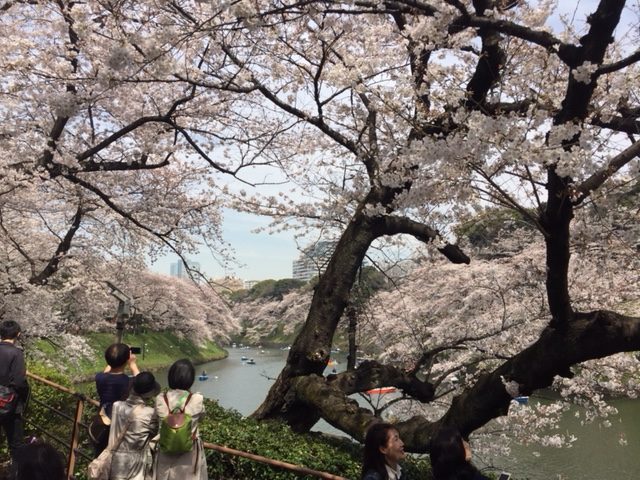 Technically the cherry blossoms have not quite bloomed yet in Hokkaido, so this post is not wholly off-season.

Yes, cherry blossoms. Or sakura in Japanese. The symbol of transient beauty. Ahh.

Neighborhoods turn pink, the air feels fluffy, and all seems right with the world.

Time stops, but only to remind you of its presence as you watch the pink petals fall.

Sakura season is the ultimate experience, from the time the buds form until the trees shed their blossoms. And after finally experiencing sakura season for myself, I thought I would share with you the three main stages of this wonderful season.

The first stage is mostly one of anticipation—seeing the buds form. After weeks of damp cold and wind and wet snow, the appearance of the buds is that wonderful, warm sign of the coming of spring. These are by no means the first buds you’ve seen—the hardier plum trees have already bloomed at this point, as a sort of preview of what is to come. People are still wearing their scarves and heavy coats, waiting for that one warm day in which the buds will burst and signal winter to finally take its vacation.

Then the cherry blossoms bloom. There being multiple varieties, they don’t bloom at once but pop up in various shades of pink, salmon, and white. And it is so sudden that one morning on your usual walk to the local train station, you will suddenly notice monstrous pink clouds hovering over the street and people stopping for two minutes to take pictures before hurrying to the morning train.

Despite these pretty sights in the neighborhoods and little parks, many “go” to see the cherry blossoms in sakura hot-spots like Inogashira park, Ueno Park, the Sumida River, etc. Some just trek it, others go early in the morning to reserve spots for hanami, basically sakura-viewing parties. I went to Yasukuni Shrine and the neighboring Kitano Maru Park, that flanks the imperial palace.

The cherry blossoms were beautiful, of course. But I also enjoyed watching the people. People on lunch break, couples young and old, families, and friends, all took a break from their daily lives to look at the flowers and maybe sit for half an hour to eat lunch under the canopy of pink.

There is a word in Japanese (hitoiki) that roughly translates to “a breath”—and as you would expect, it means to stop and take a moment, often associated with a cup of tea. And I felt like sakura season is a particularly opportune time to take the moment to watch others take a moment. Everyone is united by one objective–to take a detour from life and enjoy the flowers.

The last stage, which rivals the second stage in beauty, is when the petals fall. Back home I never really appreciated flowers after they fell. Perhaps it’s common for us to associate the fall of the flowers as signal of the end. A bit like taking off Christmas decorations.

But here I noticed how much magic remains during and even after all the petals have fallen. Streams of pink run down the street. Blankets of petals flow down the rivers and pool up in eddies. Big trucks and bicycles pick up clouds of petals and send them swirling for a time in the air. Young couples and children try to catch the falling petals.

One morning, I happened to wander to a neighboring park and saw a bunch of kindergartners on recess, who were picking up big handfuls of petals, throwing them in the air, and stuffing them into little Ziploc bags provided by their teachers. It may just be my favorite sakura season memory. 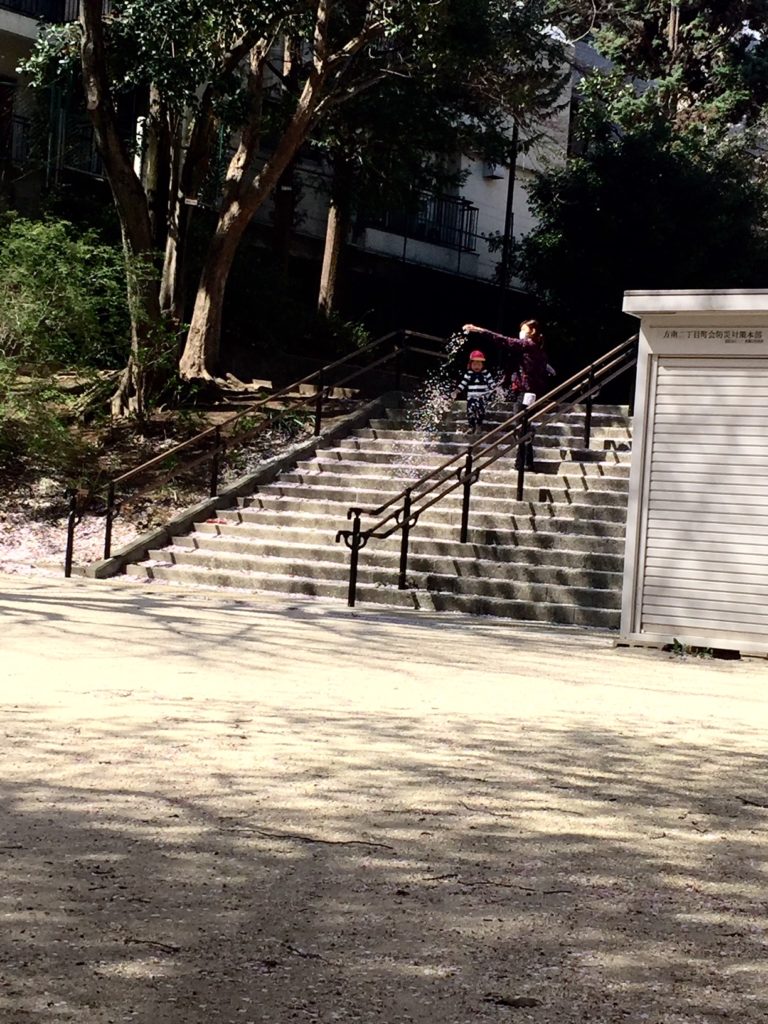 Sakura season almost felt a bit like our Christmas—sublime, surreal, and short, ending before you’ve actually soaked everything in.

All photos taken by author