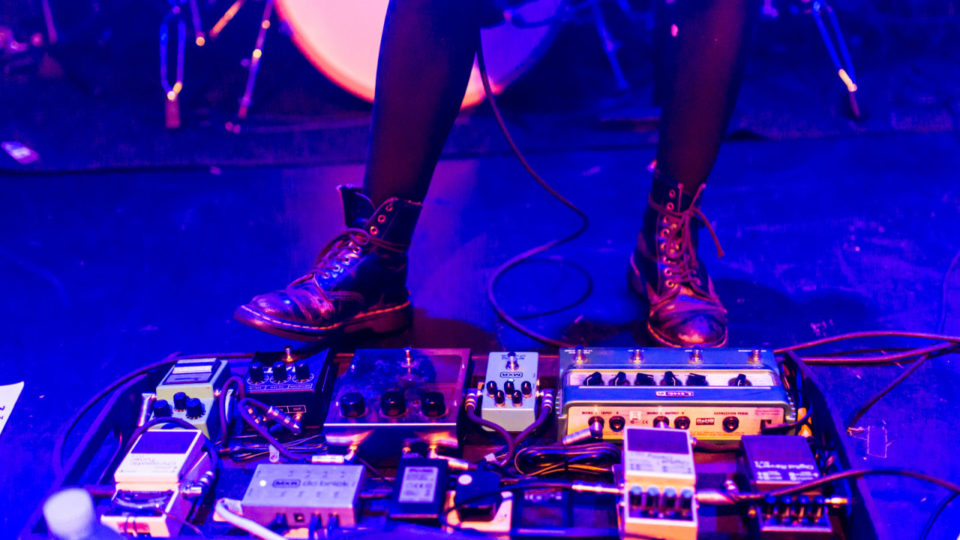 In honor of Women’s History Month, the Mood Ring is focused on female-centric artists and bands. I wanted to feature songs that capture how cool women are. Their music portrays a mood of badassery and importance that

demands recognition. This mood encapsulates women who are unapologetically themselves, whether that be a leather jacket wearing rockstar or not. These songs just make you want to walk around like you are the coolest person in the room. You will want to start a girl band, even if you are not a girl.On Spotify, my playlist is all women singers and musicians giving you a mix of songs that will make you feel like a nasty, kickass woman. I picked one song for lyrics, sound, and overall feeling.

“Blood in the Cut” by K.Flay tells a story of a woman who just wants to feel something more.

Guess I’m contagious it’d be safest if you ran
Fuck that’s what they all just end up doing in the end
Take my car and paint it black
Take my arm, break it in half
Say something, do it soon
It’s too quiet in this room

The lyrics have a consistent connotation of anger and aggression–contagious, black, break it in half. K.Flay is clearly angry but isn’t trying to be anything but that. The song seems to be about a breakup and being angry in this situation is not a bad thing. K.Flay is making is clear that women get mad; that there can be more than sadness and tears in times of strife.
I need noise
I need the buzz of a sub
Need the crack of a whip
Need some blood in the cut
She sings about not only wanting the pain but needing it as well. It is inherently badass, as she embraces these hard emotions.

“Crown on the Ground” by Sleigh Bells is an overproduced marvel of badassery. The bass is overpowered and the guitar rings with authority. Also, it just can’t help but make you want to dance. The whole song has a constant beat that is so

loudly produced, it sounds like the speaker is blown–but with that being said, it works so perfectly for the song. It is effortlessly cool. The singing is probably the quietest part of the overall sound, but it is a nice opposing feature. The lead singers’ voice, Alexis Krauss is soft and sweet blending in with the mash-up of the hardcore music. Take a listen and I guarantee that you will want to dance, but want to dance like you’re the most important person in the room.

“Your Loves Whore” by Wolf Alice is a more subtle sound, but amazing all the same. The front-runner of Wolf Alice, Ellie Rowsell, defines a nasty, talented woman with things to say through her music.

Watch the song being played in a live session for NME.

The overall feeling of this song is a satisfying build-up of emotion and important, rounded-out sound.

These lyrics are written to highlight a love, saying that with time, friends or lovers, there won’t be an end to the love.

Rowsell is not afraid to show emotion about this person, it makes her human. Expressing it through music (or art of any kind) is my favorite way to show strength and contribution to the world.

I have a great appreciation for the amount of feeling put into this song. You can feel her emotion through her voice as she sings. The music itself crescendos from just a drum beat to a loud and important sound as the ending closes in. The music is obviously just as important as being shown through great rhythms in each instrument; the highlighted beginning intro does not lead to the lyrics until a minute and a half into the song. But, the music is just as intriguing and makes you feel that something important is coming.

There are so many songs I wanted to include in this Mood Ring and it was hard to narrow it down. There are endless amazing, talented women making great music. I am positive my playlist will keep growing with each day and each time I listen I will start to feel about half as badass as them.