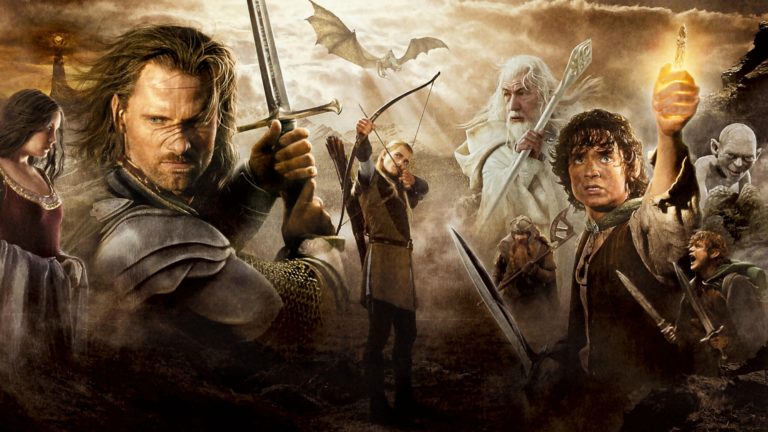 A recent trend in the entertainment medium of television and cinema is the act of bringing already pre-existing material back into the spotlight.  Whether it’s Nickelodeon getting the Led out by duplicating Richard Linklater’s 2003 timeless jam session, School of Rock; or Fox resurrecting the worn-out crime tetralogy of the 80’s and 90’s: Lethal Weapon

These are only a few cases, as it seems Hollywood and TV production companies are fixated on reviving old, popular works.  One in particular is Amazon’s recent decision to go on an adventure into J.R.R Tolkien’s Middle Earth.

In a monumental move, the streaming service announced on Nov. 13 that it would buy the rights to Tolkien’s work for a sum said to near $250 million.  A decision inspired by HBO’s colossal series, Game of Thrones, Amazon is hoping to match the series’ big budget, almost blockbuster-esque success.

What it will take for this Middle Earth prequel to be successful?

It was refreshing to hear Amazon did not plan to recreate the trilogy of my life and childhood: Peter Jackson’s Lord of the Rings.  Rather, the streaming service will set its timeline to some point before the story of the Fellowship.  Due to the vast world and abundant history Tolkien created in the Hobbit, Lord of the Rings, and the Silmarillion (a collection of five parts depicting the history of Tolkien’s world), Amazon shouldn’t have any problem developing a story.

Initially, when I first read the headline on Twitter that Amazon planned to recreate the Lord of the Rings, I was underwhelmed.  Jackson’s trilogy is untouchable; it’s hard to imagine anyone but Elijah Wood bearing the one true ring as Frodo Baggins or Ian Mckellen as the poetic wizard, Gandalf the Grey/White.

Since the prequel will be sometime before the Fellowship, the writers can take material from the Silmarillion and develop it into a story line that leads up to the appearances of Bilbo and Frodo Baggins.  For example, the writers could explore what’s known as the “second age” of Middle Earth.  This era was briefly mentioned at the beginning of the Fellowship, depicting the last true High King of Gondor, Isildur, and his epic victory over Sauron in the War of the Last Alliance.

The third age already produced two trilogies worth of material for Peter Jackson, so the Amazon writers are sitting with a plethora amount of storyline at their fingertips.  HBO is already in the works of a process, similar to Amazon, in that it will create a prequel illustrating the Targaryen era that led to the rule of Robert Baratheon and the Clash of Kings.

The main challenge Amazon faces is creating an authentic tone and style for the show; one that defines itself rather than focused on duplicating Jackson’s heartwarming, poetic, and epic trilogy.  Since this is a separate entity from the two trilogies, Amazon should be encouraged to take the series in its own direction.

A common mistake director’s make when producing prequels is copying the predecessor’s exact DNA.  For example, at the dawn of New Hollywood in the 1970’s, George Lucas created one of the finest blockbusters and franchises in cinematic history, Star Wars.  The following two films were just as impactful, and led to arguably the most well known trilogy ever.

In the early 2000’s, Lucas decided to put the background and formation of the evil and imperial Darth Vader on screen with another trilogy.  Lucas did construct a new atmosphere and feel to the trilogy, one that was darker and focused more on the cinema of attractions with the technological boom of CGI.

Despite establishing new aesthetics to his franchise, an entire movie cannot survive alone on intense light-saber duels, John William’s daunting “Duel of Fates”, and Natalie Portman.  As a result, J.J. Abrams rebooted the series in 2015 by demonstrating elements of Star Wars: a New Hope; actually he pretty much copied the exact plot-line.

Thus, Disney decided to develop its own version of a Star Wars prequel, Rogue One, led by director Gareth Edwards.  This resulted in the best Star Wars film since the Return of the Jedi back in 1983, as Edwards was able to put his own personal style into the franchise; one that’s darker and less forgiving than the original, while also setting up the events leading to Star Wars: a New Hope much better than Lucas’ early 2000’s trilogy.

What can Amazon learn from Star Wars?

Since the Lord of the Rings trilogy ended on a high note, harnessing in 17 Oscars overall, there’s no need for Amazon to focus on resurrecting the series like J.J. Abrams was forced to do with Star Wars.  Instead, Amazon can take formal elements from Jackson’s trilogy, like the lack of CGI and breathtaking cinematography to even thinking about hiring Howard Shore to score the show.

With the potential for a spin off series, I challenge the writers to not initially tell the story of Isildur and War of the Last Alliance, but rather explore the unknown terrain of Middle Earth.