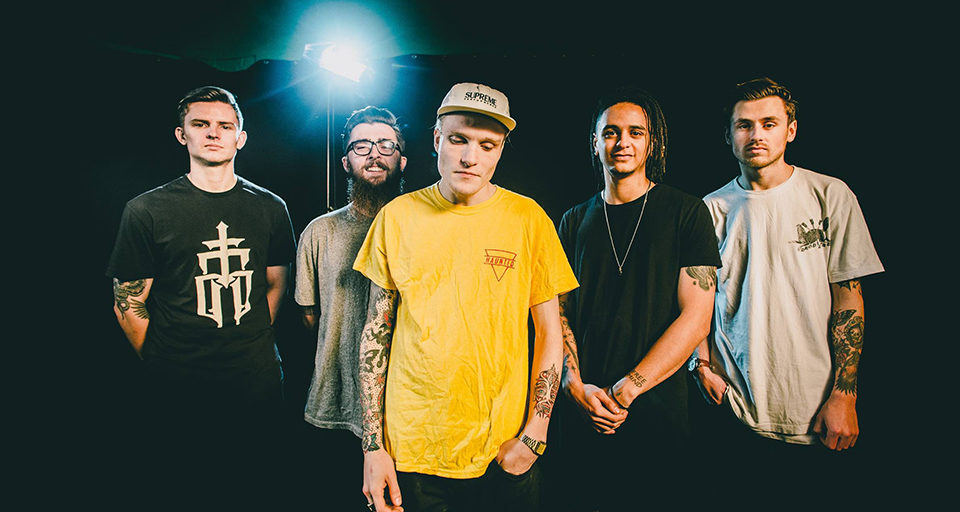 With the release of Neck Deep’s newest album “The Peace and The Panic” earlier this year, I thought it was time to do a top ten list of my favorite Neck Deep songs. Without further ado, let’s get into it!

This was one of the first singles released in anticipation for this record, and I think it does a fantastic job showcasing the themes discussed in this album. Lead singer Ben Barlow’s dad passed away before this album came out, and you can see that the death of his father inspired a lot of the songs on this album. This song questions faith and religion, calling it a “fallacy.” The song itself has an uplifting message, saying that you should enjoy your life right now, because there is no proof of an afterlife.

This song, coming off their second full length album “Life’s Not Out To Get You,” has always held a special place in my heart. It’s a song about loving your hometown, despite how boring it can be sometimes. I moved to Iowa from Colorado when I was 10, and while Iowa is pretty boring compared to Colorado, I love this place and can’t kick up the roots. The two lyrics that resonate with me most are “It can be grim, and send you west from time to time,” and “I’m not stuck, I’m staying.”

“Gold Steps” is that uplifting song that everyone should give a listen. The album title “Life’s Not Out To Get You” comes from this chorus, actually. This song talks about how it’s normal to have ups and downs in your life, but at the end of the day you’ll be fine.

With the heavy instrumentation and lower vocal range for Barlow, this song is a classic early Neck Deep jam. It always amazes me how great their lyrical content was in their early days. Lyrics like “Drown your sorrows in this bottle / It’s full of the things I’ll never say to you” and “You always want what you can’t get / And I always want what I’ll regret” get me every time.

One of the best things about early Neck Deep is that you can feel the angst that they feel simply because of the lyrics and instrumentation. This one is heavy, just like “Silver Lining,” and also talks about a failed relationship. It’s a pessimistic jam, with lyrics like “You went and fucked this up / Because you couldn’t keep your legs shut” and “You’ve got some nerve thinking we could be friends / Well what did you expect? / A fucking compliment?”

Ahh, the memories. This was the first Neck Deep song that I ever heard. It was featured on the Warped Tour 2014 compilation CD, and I was beyond excited to see them. This song definitely showcases who Neck Deep is — a generic pop punk band that’s made their mark in the genre. It’s a song that is driven by awesome guitar riffs, vigourous drumming, and a passion-filled yell from Barlow. It’s a good listen.

This is a killer track for so many reasons. It’s honestly one of the best songs that they play live, because the whole crowd is moshing, crowd surfing, jumping, you name it. I haven’t seen them in a while, so I’m not sure if they still play it life, but it’s a hoot.

The guitar riff at the beginning is what really draws me in, and the lyrics keep me around. This is another one to see live — hell, pretty much any Neck Deep song is fun live based on their stage presence.

This song comes off of “Life’s Not Out To Get You.” Right off the bat, we see improved vocals from Barlow, the perfect amount of bass guitar, and compelling lyrics. Basically, Barlow is saying that this chick is a snakes a** h***, but like, in a nicer way. I love it. *sips tea*

And last but not least, my new favorite Neck Deep song. This came out on “The Peace and The Panic,” and I think it’s fantastic. It’s definitely one of the softest songs that they’ve ever written, but I think it still fits in their sound. Neck Deep prides themselves in this song, saying it’s one of the best songs they’ve ever written, if not the best. I definitely agree with that — there’s just something so pleasing about it. I think it’s the chorus.

Those are my favorites! I love Neck Deep so much, so narrowing this down was kinda difficult. Let me know what your favorites are!