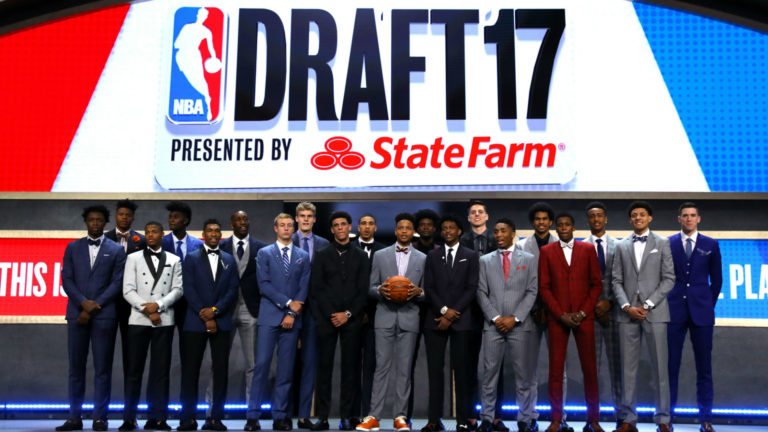 Going into the 2017 NBA draft experts were projecting that the draft class could rival the 2003 draft class of Lebron James, Dwayne Wade, Chris Bosh, Carmelo Anthony as one of the best draft classes in recent history. Names that popped up in conversation as potential super stars were top picks Markelle Fultz, Josh Jackson, Jayson Tatum, Lonzo Ball, and De’Aaron Fox. Yet these are not even the rookies having outstanding seasons, besides Tatum, and it still looks convincing that this draft class will produce players that will have long standing NBA careers outside of the top 5 draft picks.

The Jazz are a team that are very well balanced and do not rely solely on one player. It was a pleasant surprise for them when the

University of Louisville product turned out to be one of the pieces that would contribute to their scoring on a consistent basis off the bench. He has had multiple games recently where he has put up big numbers, scoring over 20 points 3 times in his last 6 games. The Jazz were a team with a big question mark over their head after the loss of Gordon Hayward this offseason, but Donovan Mitchell is proving to be a piece that can help replace the lost scoring that the Jazz need to return to the playoffs.

Currently second in scoring for the bulls, which is not much of an accomplishment, Markkanen has shown that his skill set and shooting ability can translate to the NBA as he is currently shooting 43.5% from the field and 38% from three. He hopes to be a stretch-four that the bulls can rely on as one of the initial pieces in their current rebuilding phase. He could put up some inflated numbers as the year goes on due to lack of talent around him, having a solid first year to his career.

Lakers fans everywhere were anticipating the arrival of Lonzo Ball into town for this current season. But those who watched the

summer league knew that there was another intriguing piece added to the roster in Kyle Kuzma from the University of Utah. While the Lakers obviously believed they picked a good player, I doubt they would have been able to predict that to start of the season Kuzma would currently be averaging the 3rd most points among rookies and being the teams 2nd highest scorer. Much like the Bulls the Lakers are in a sort of rebuild stage that they hope to mature out of soon, and Kuzma was a pleasant addition to the roster that should be able to contribute as the team strives to compete in years to come.