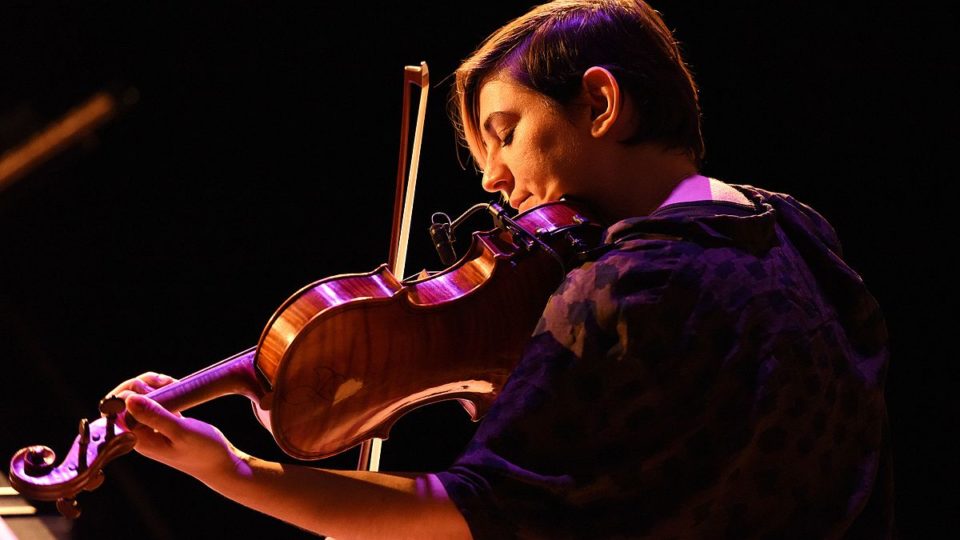 I went into Nadia Sirota’s performance at the Englert Theatre expecting to see an hour of viola performance. I left with something better: an education. Sirota has worked with a plethora of popular alternative musicians, ranging from Arcade Fire to the National to Sufjan Stevens.

She is a seasoned master of her craft, graduating from the Julliard School with a Master’s degree. It is clear after an hour that she has an immense knowledge of her field, and knows how to relay it to newcomers in an interesting way.

While my knowledge of the viola is sparse, save for a few film scores that I enjoy, like the Lord of the Rings, Sirota presented a blend of knowledge and musical prowess in a very interesting format that made anyone not familiar with the style of music at home.

The hour long show served as a real-life podcast, with Sirota weaving personal anecdotes and interviews revolving around the specific composer she was speaking of, with live performances of some of their hand-selected pieces.

As someone who came in not knowing what to expect, the show was very engaging and never suffered a dull moment. Live viola performance transitioned into background story and behind-the-scenes interviews with various composers.

Sirota presented composers such as Caroline Shaw, and spent about 30 minutes delving into each of the three composers she talked about. She played recordings of their work, and made the audience understand why and how these pieces are so important.

Perhaps the most compelling part of the show, save for Sirota’s performances of the pieces themselves, were the audio clips that she played in which she interviewed each of these composers.

Sirota played clips that gave the audience insight into the various composers’ creative processes, giving each individual in the audience time to ponder how they created their work before hearing it live.

The highlight of the show, however, were Sirota’s performances. You could hear a pin drop in the Englert Theatre every time she raised her bow and began to play.

Each composer’s work brought a different style of play into hand for Sirota. Her style with each piece varied from cinematic, to frenetic, to an aesthetic of pure tension. Each note was played deliberately and without hesitation.

Sirota furrowed her brow, often times her whole body shifting from side-to-side with passion and energy, as she plucked and strummed away. As someone that had never seen a live viola performance before, it was enthralling.

The show was a great learning experience on top of a downright incredible display of musicianship. Sirota left me wanting more, and as she bowed to the crowd I couldn’t help but wish she continued on.

It was one of the highlight’s of The Witching Hour Festival without a doubt.