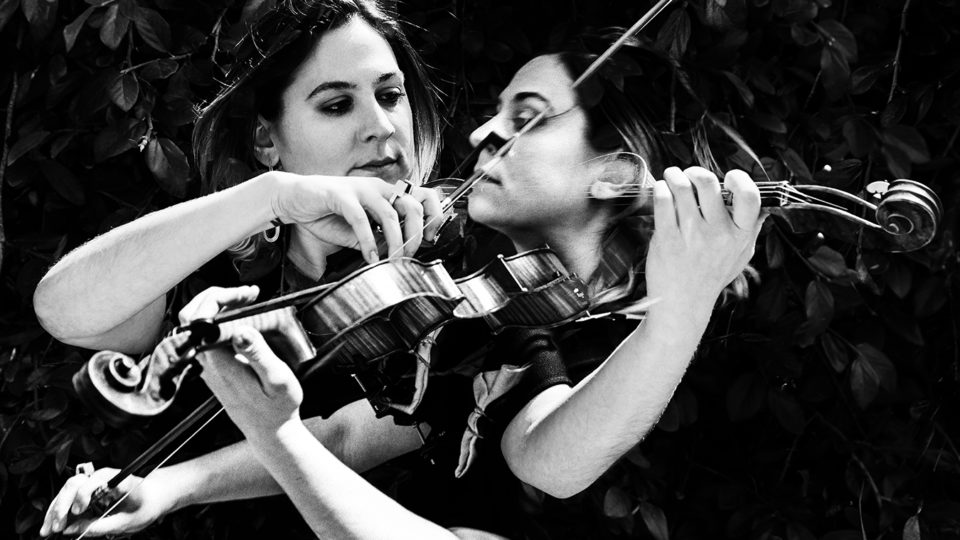 Before listening to violist Nadia Sirota, I thought I possessed enough knowledge to understand music and how the artform relates to the creative process.  Little did I know, Sirota harnessed the power of introducing me to another world of music, classical.

To get the event started, Sirota walked everyone through her musical journey from a young girl attending summer music camp, to being an undergrad and graduate student at the Juilliard School of Music, and to currently hosting her own podcast, titled “Meet the Composer”.

I sat there in the Voxman Music Building astonished at Sirota’s level of accomplishment, being only in her thirties and already being apart of so much.  But more than anything, I gazed at Sirota with a heaping amount of curiosity.  I enjoyed listening to her experiences at Juilliard, because of their relatability.

She said when in school, the power to succeed outside of class solely relied on the student.  Being a violist, she wanted a career after college and the best way to create that path was to ask some of her teachers to write music for her.

This enabled Sirota to start playing classical music that best suited her strengths; giving her a better chance to showcase her abilities to orchestras and string quartets.

Another interesting facet to Sirota’s college experience was her realization that creative collaboration can in fact be positive.  For the most part, creativity better stems from working internally, but Sirota explained how at Juilliard her knowledge of music really grew when she started playing and creating music with her peers.

I found this section of the discussion extremely beneficial, since I am a junior at the University of Iowa with a keen interest in writing and cinema.  Similar to music, those are two areas where in college students really have to do the extra, outside work if they want a career.  It was assuring to hear someone like Sirota explain how putting in that extra work will pay off in the end.

After college, Sirota dealt with living in the real world.  As a violist, she needed a part time job so she could make some money and play music on the side.

She got a job with a radio station where she ripped music from CD’s onto computers.  This line of work eventually led to Sirota having her own Peabody winning podcast.

She discussed the problem classical music faces in today’s world, in that the genre is only accessed by a niche group of listeners; and she thinks give the chance, more people would be accustomed to hearing classical music.

Even though Sirota hosts her own podcast, she still plays her viola.  Over the years, she has worked with numerous musicians and composers, such as the National and Nico Muhly, with her sextet ensemble from New York City, yMusic.  She displayed a yMusic live performance on the projector to demonstrate her incredible viola talent.

If that wasn’t enough, she even got to work with critically acclaimed, multi-instrumentalist, Sufjan Stevens. Give way to your creativity with piano lessons.

As of now, Sirota has released four albums, with the New York Times ranking her 2009 debut album, “First Things First”, as album of the year.