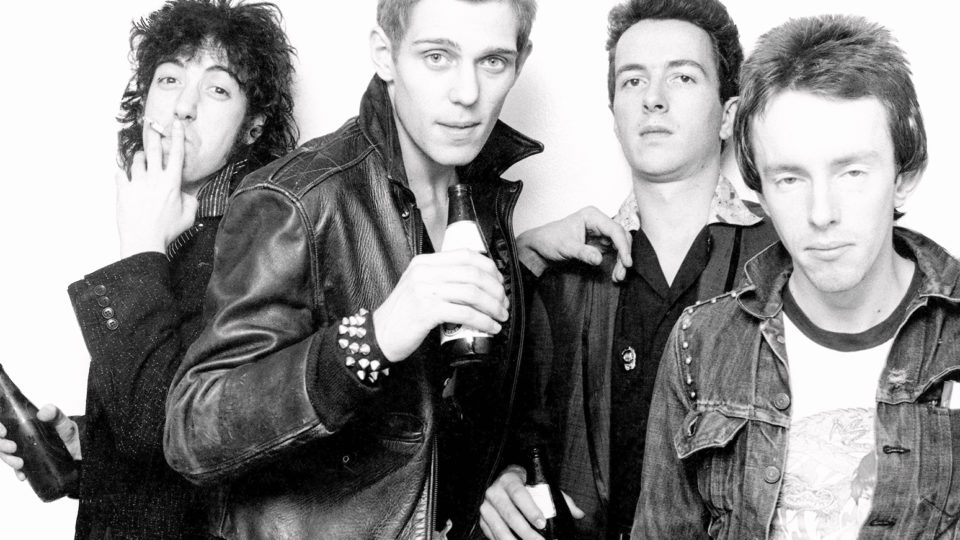 The Clash was known for their politicized rants, support of the National Liberation Front, conflicts with Prime Minister Thatcher, protests on the Islamic Revolution, anti-consumerist statements, and their work with Rock Against Racism. Their unique sound turned the rebellious Sex-Pistols-Dominated punk rock scene into a political revolution.

The album “London Calling” immortalized The Clash in 1979. In a time when punk rock never left the local pubs, musical experimentation was seen as a commercial cop out, and lyrics revolved around the same feats of nihilism, The Clash were called, “The Only Band That Mattered.”

“Bands had either collapsed under the weight of their own violent tendencies or were snatched up by corporate America and transformed into pale imitations,” Said Music Box. “Overflowing with ideas, the songs effortlessly leapt from rockabilly to reggae to hard rock, while folding in elements of blues, jazz, R&B, and folk, and all of it was delivered with the pummeling fury of a tempest unleashed.

With Drummer Nicholas Headon arrested for heroine possession and lead vocalist Joe Strummer in Paris for unknown reasons, tension built up between band mates. Nicholas Headon was forced to leave the band. He was replaced with drummer Terrance Chimes. The Clash were in desperate need of a follow up to “London Calling”.

“When we came to the U.S., Mick stumbled upon a music shop in Brooklyn that carried the music of Grand Master Flash and the Furious Five, the Sugar Hill Gang,” Strummer told Monthly Review. “These groups were radically changing music and they changed everything for us.”

This old school hip hop collaboration lead to The Clash single, “The Magnificent Seven.” Regardless of its minimal commercial success, the single was an important prelude to their next album.

“Combat Rock” was released in 1982 and became an instant success. Their album peaked at number 2 on the UK Album Charts and spent 61 consecutive weeks on US Album Charts. This certified “Combat Rock” as a double platinum album within the US.

“Combat Rock” opened with smash hit, “Should I Stay or Should I Go,” which documented the dismal relationships within the band. The follow up track, “Rock The Casbah” concealed their protests underneath a repetitive hook- disco dance beat, a satirical music video, and abrupt electronic sound effects.

Heaton composed, “Rock The Casbah,” before he left the band. The lyrics discussed an Arab King who restricted the import of Western music in Iran. He ordered Jet fighters to bomb any citizen who listened to Western music.

The jet fighters ignored their orders. This freed the citizens to celebrate their freedom. “Rock The Casbah,” blared out of an Iranian radio tower. It was a triumph; the definition of punk rock.

Their Manager Kosmo Vinyl told Rolling Stone that “Rock The Casbah,” was a filthy ode to the girlfriend of Heaton and had a pornographic connotation.

Strummer told Rolling Stone that he decided to take the song in a different direction when his other manager, Bernie Rhodes, asked, “Does everything have to be as long as a raga?”

“I looked at it and for some reason I started to think about what someone had told me earlier, that you get lashed for owning a disco album in Iran,” Strummer told Rolling Stone shortly before he died.

“Rock The Casbah,” was chosen by the Armed Forces Radio to be the first song broadcasted to troops in Desert. Another track on “Combat Rock”, “Straight To Hell,” observed a post Vietnam America full of broken families, stigmatized immigrants, and unanswered pleas for peace.

“Know Your Rights,” was released three weeks prior to the album. It listed three cynical, almost patronizing human rights:

At the pinnacle of their rock immortality, commercial success,  MTV induced fame, Political prowess,  whatever you would like to call it, The Clash fell apart. Their last album “Cut The Crap” struggled to find its intended audience, racked up unkind reviews, and failed to bring in any steady revenue. Strummer and Simonon permanently disbanded The Clash shortly after.

“Postwar prosperity was melting away into rising unemployment, shrinking social service programs, and increasing poverty,” Said Monthly Review. “The wrecked economy fueled an incendiary social situation as racism, xenophobia, and police brutality became the order of the day. Mounting feelings of anger, frustration, and a deepening sense of isolation left much of English youth feeling hopeless.”

Their legacy was not found in sold out football stadiums, Rock and Roll Hall of Fame inductions, platinum albums, or punk rock sentiment, but their radical protests, and their left winged ideologies that inspired a lost generation.