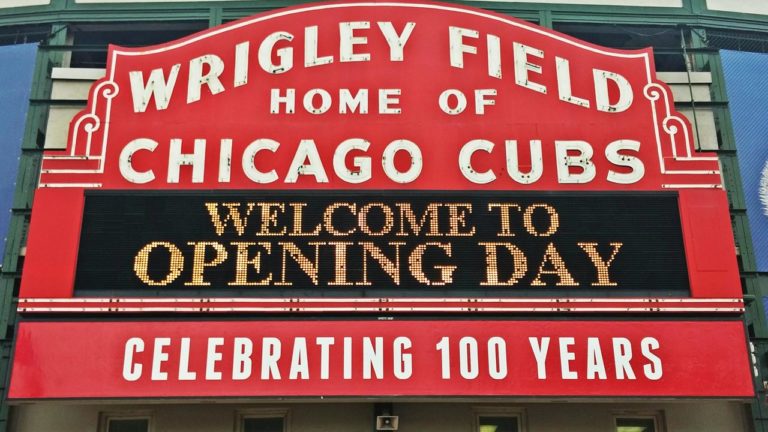 I know a place that some people only dream of seeing. A place that many have the privilege of seeing in the spring, in the summer, and if they’re lucky, the fall. A place that opens its’ deep green gates to welcome 41,268 eager people; people who feel an absence through the frigid months.

I know a place where that ramp seems to have no end. It’s the impatience resulting from that eagerness to see what rests beyond the finish. It’s the feeling in the pit of your stomach, the quick pace of your heart, the slap of the soles of your shoes that instills that ramp with everlasting greatness. It’s hope.

I know a place where those last few steps off the ramp catch sight of a tunnel, suddenly there’s a state like tonic immobility. And will it live up to its massive, impossible, grandiose expectations? Be it your first time, your second, your one-hundredth time, the feeling will be there, right under your chest.

I know a place where the light traces an outline at the end of the tunnel and it becomes more blinding as you near it. Is this Heaven? Might as well be. Exit the tunnel, breathing uneasy, your knees might shake. You expect to be overwhelmed by the vastness of the landscape but instead, you’re captivated by the contrary. Energy hits you from every direction. It comes from the other people, from the employees, from the players, from the flags flapping in the breeze, the perfectly cut grass, the smell of Vienna Beef hotdogs. It’s coming from your bones.

I know a place where everyone is equal for just a short time. A place where your seat is only your seat if no one else gets there first. You can’t buy yourself early access. You can’t pay more for a solidified spot. You just know there will be a special spot waiting for you.

I know a place where there’s only a wire basket between you and the deep green ivy that hugs the aging brick wall. Heroes stand beyond the wall. They wear white jerseys with deep blue pinstripes and wear smiles on their faces. They’re playing the game for a living. They often interact with the people on the other side of the wall.

I know a place where you never know what might happen next. You don’t know whom you’ll interact with. A place where Greg Maddux can toss a ball to an eight-year-old during batting practice and smile and say, “Throw it back.” I still have that video, just me playing catch with my hero.

I know a place where the left battle the right in a non-political fashion. You’ll hear thousands chant in unison, “Left-field sucks,” only to hear, “Right-field sucks,” shouted right back. You’ll realize that anyone could have picked the left or right side and that you’re all part of the exclusive club they call the Bleacher Bums. It’s tradition.

I know a place where a ladder drops down from the deep green scoreboard. A place where you climb the ladder slowly and wonder what awaits you at the top. You find the inside to be a faded bronze and you smell the paint chipping away on the rusting metal. You feel the breeze sweep through the panels as the leader tears the plate out to insert one that signals an update in the action. The few panels left open lets you see the entirety of it.

I know a place where time stops and nothing else matters again until the final out is recorded. A place where anyone can identify that something is different. This is more than just a game. Something is special. Welcome to Wrigley Field.