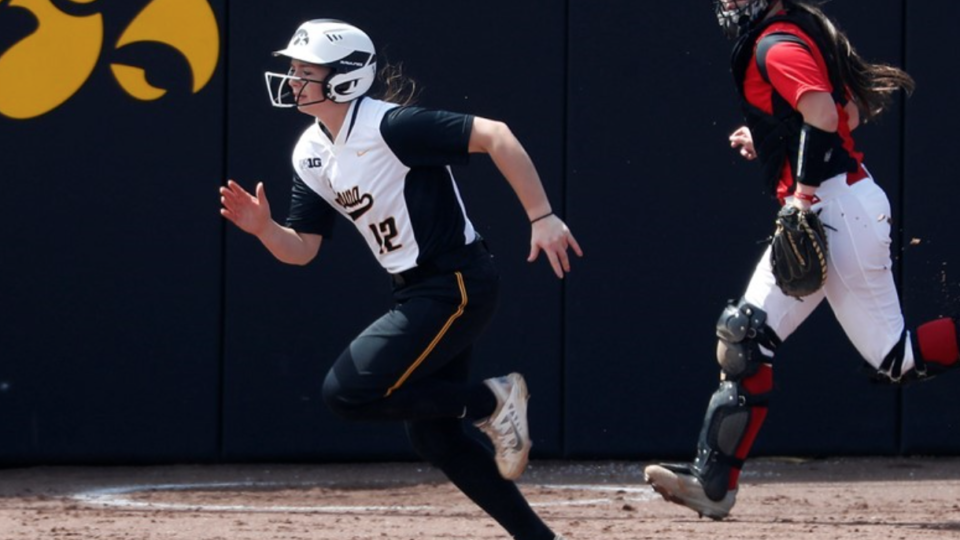 The Iowa Softball team is on a role. I give a quick recap and a look ahead.

The Iowa softball team was on the brink of bringing out the brooms at Pearl Field Sunday afternoon until Rutgers put a stop to those plans. The Scarlet Knights scored to runs in the seventh inning and shutdowns the Hawkeyes in the bottom of the seventh to secure a 2-0 win.

The Hawks don’t have to hang there heads on this one. After a career high for strikeouts for freshman Allison Doocy, the bats came alive on Saturday afternoon to the tune of a four-run fourth inning. The Hawkeyes later tacked on the winning run in the sixth on a Claire Fritsch sacrifice bunt that scored outfielder Cheyenne Pratt.

“We squared balls up and started to put the ball in play. We forced some action,” Looper said.

The Hawkeyes were shutout by Rutgers pitcher Shayla Sweeny (9-13). After scattering four hits and getting on base via the walk, the bats couldn’t produce in the key situations.

“We didn’t have many people on base, but when we did, we had chances,” Looper said.

After taking two out of three games in the series, the Hawkeyes move to 14-24 on the season and 7-7 in conference play.

The team welcomes in in-state rival Iowa State (16-30) for a non-conference clash on Tuesday evening at 6 p.m.