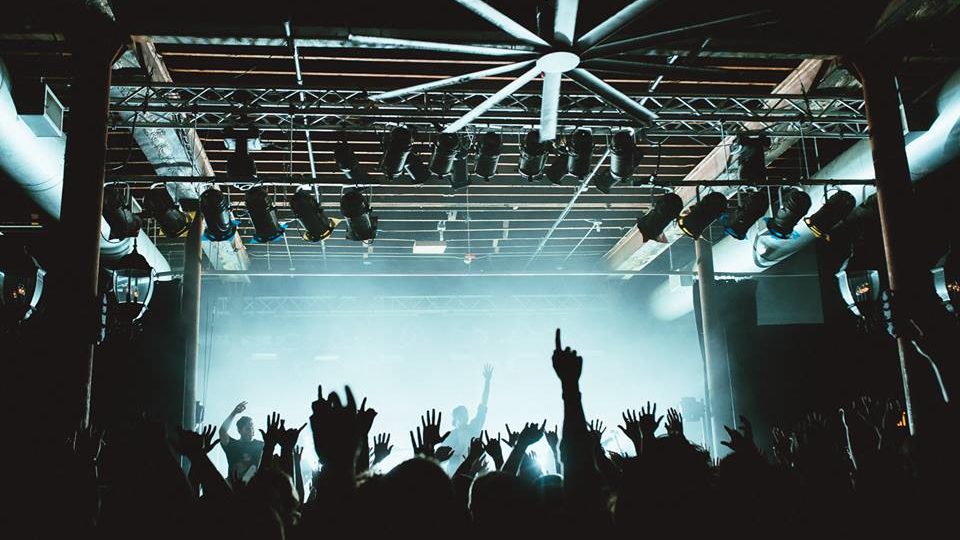 State Champs has been one of my favorite bands since 2014, and this was my fifth time seeing them live so, of course, I knew what to expect. This was my first time seeing them at my favorite Des Moines venue, Wooly’s. With their latest release “Around The World And Back” coming out at the tail end of 2015, their crowd has nearly doubled in size from the last time that I saw them in Iowa City in May 2016. To say the least — they have blown up.

The first opener to come on stage was a British rock band called Don Broco. Right away the energy in the room was at full blast. Every member (besides the drummer, of course) was on their feet jumping up and down. Honestly, it was such a workout — I definitely didn’t regret skipping the gym earlier in the day. While I didn’t know the band prior to this concert, it was really easy to get into their music and dance along with the members, whom all had incredible stage presence.

Up next was an Aussie band called With Confidence. I was bummed that I missed their set at last years Warped Tour, but seeing them at this show definitely made up for it. They opened up with their most famous single “Voldemort”, which was so much fun to see live. The energy in the crowd continued as more people sang along with the band.

My friend Tay and I were in the center of the crowd, aka the worst place to be when people are moshing and crowd surfing. People surfed their way to the front, fist pumping and recording their adventures for their Snapchat friends to see. If you haven’t checked out With Confidence yet, I 100% recommend them.

Against The Current was up next with an amazing performance. I’m not sure why, but the energy in the crowd really died down during their set — it went from fans crowd surfing and jumping from the previous sets to people standing around and bobbing their heads. Nonetheless, they had an incredible and intricate light show, and lead singer Chrissy Costanza ran all over the stage singing her heart out. Her voice sounded phenomenal live, something that I can’t say about every lead singer I’ve seen live. I would definitely check this band out, especially if you enjoy female-fronted pop rock bands.

As soon as the lights went down and the house music turned off, the crowd pushed towards the front, eliminating any personal space that was obtained during the time that it took to set up for State Champs. Fans screamed as the guys of State Champs ran on stage, jumping right into their song “Remedy”. The crowd swayed and everybody pushed into each other as those in the back tried to make their way up front.

The New York band played a good chunk of songs off of “Around The World And Back”, however made it a point to play some more songs off of their album “The Finer Things”, which came out nearly 4 years ago. They cruised through their set list and the crowd never lost an ounce of energy. It even got to the point of crowd surfers surfing ON TOP of other crowd surfers — seriously, check out this picture.

“Eh, what the hell,” Tay and I thought as we joined the pit. I won’t be the first to tell you that it’s a hell of a time running around and letting loose during a live set. With the adrenaline running through our bodies, we decided to crowd surf our way to the band. A few guys around me flung me into the air, while the crowd pushed me towards the security guards that helped me down. To be honest, I’ve always hated when people crowd surfed (because I’m a small and fairly weak girl, so I end up nearly getting squashed by them) but now I can definitely see the thrill of it.

State Champs ended their set with two of their most popular songs, “Elevated” and “Secrets”, with “Secrets” being the encore. This was definitely my favorite State Champs performance, which says a lot about how talented this band is. They just keep getting better with time, which is exciting because once this tour is over, they will be hitting the studio again to start recording their 3rd studio album.