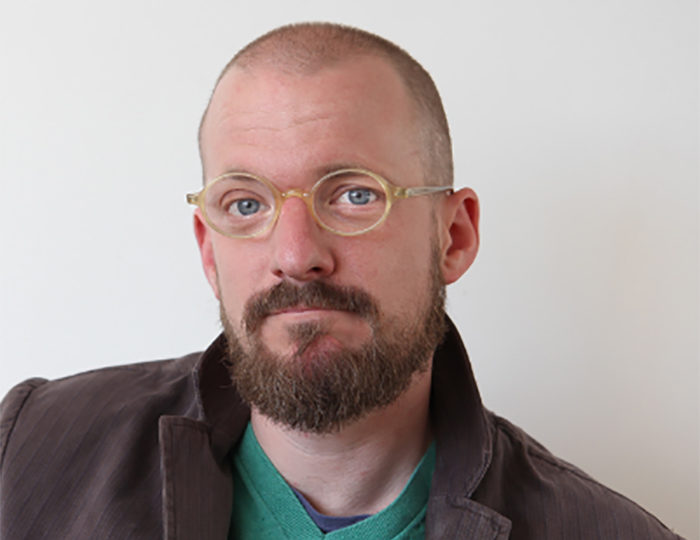 Nick Scappaticci, a Rhode Island School of Design alumnus and current CEO of Tellart, began his “Unexpected Futures” presentation by posing rhetorical questions to the audience that invited us to imagine our future means of engaging with domestic spaces, healthcare, government, and the environment. This proved to be something of a challenge. I wasn’t sure if the ideas that came to my mind were actually my own or just what I’ve seen in books, television shows, and movies. Nothing but vague images of automation that centered around the seamless integration of human beings with our technology. Nanobots, driverless cars, and other forms of sophisticated AI.  Still, as an English major, there was little in my practical knowledge that allowed me to tangibly conceive of those innovations. I have a hard enough time keeping track of upcoming assignments and those are listed in course syllabi. However, Mr. Scappaticci expressed that those same difficulties are just as prevalent among people who work in industrial design.  But why?

The concept of VUCA–originally formulated by the US Army War College in the wake of the Cold War– has been appropriated over the last thirty years by leaders across various fields as a means of contemplating what might be around the bend within their industry. Each respective letter in the acronym stands for: Volatility, Uncertainty, Complexity, and Ambiguity. Because the landscape of our current world is constantly shifting, we have a volatile image of our future. Because the image of our future is volatile, we are uncertain about how to navigate in the present. Because our lives are contingent upon successful navigation of the present, we need to peel back the layers of complexity that contribute to an ever-shifting perception of the here and now. Because there isn’t always a clear cut way to unravel complexity, our means of arriving at solutions often fall under the shadow of ambiguity. Indeed, one of the finest moments from Mr. Scappaticci’s presentation was when he expressed the disempowering sensation that we receive as a result of contemplating our place as people during the technocentric times that lie ahead. He said, “we have no future because our present is so volatile.” While this might initially seem pessimistic, it simply points out the fact that no single future can exist in a world whose current state of existence is erratic. What follows is that we, as the main movers and shakers on this planet, are tasked with constructing the standard mode of life for all of posterity. Facing this challenge is what inspires Scappaticci as he oversees projects at Tellart.

In his own words, Scappaticci said his studio’s mission is to “make the invisible [into] the visible, tangible, [and] real.” He sees designers as “translators and mediators” that can guide us between the fluctuating state of the present and multitudinous states of the future. As such, he has great faith in the “transformative potential of collective imagination” that flows forth from his employees. Nevertheless, they still need to bring those concepts out of their minds and into reality. Thus, Scappaticci places an emphasis on both the power of prototyping and the need to meditate on the implications of an idea before it can be considered for everyday use. As a result of this ethic Tellart has been able to form partnerships across the globe.

Some of the studio’s amazing installations and projects can be found here.