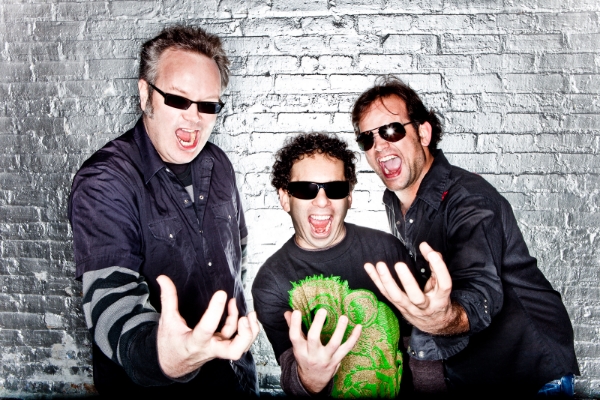 There was a real party at Gabe’s on Saturday night. Future Rock and the Tripp brothers put on electric electronic acts that dazzled and gave the joint a bumping beat all night.

I had not heard of the opening performers before the show, but they put on an act to remember. The Tripp Brothers, an EDM/Glitch Hop duo armed with computers and jazzy instruments, ruled the stage from start to finish. Moving and grooving came easy with their awesome EDM beats and funky fresh saxophone accompaniment. The electronic sounds and the jazzy sax blended perfectly together and was a remarkable, unique spin on the EDM genre. A couple of my favorite moments of that act were the revealing of the trombone to play with the sax for a remix of “It Don’t Mean a Thing (If it Ain’t Got that Swing)”, and the back to back remixes of “War” by Edwin Starr and “Get Schwifty” from Rick and Morty. The performers themselves were lively too, bouncing back and forth to their own beats in between vaping breaks.

After that wildly fun first act and a short break, it was time for the main event. Future Rock, with a keyboardist, bassist, and drummer to blend with some fresh EDM to bring some electronic rocky goodness. The inventive nature of their act was astonishing. The EDM and rock worked together beautifully, like they were meant for each other. This show was absolutely wild, and had the room shaking and pumping from the get go. Future Rock, like the Tripp Brothers, had plenty of flashing lights to compliment their music, but Future Rock had the visuals cranked to eleven with bright purples and yellows and flashing whites. The show was a nonstop party for both the eyes and ears. And I have to say the coolest segment of their act was their transition into a remarkably well done trio of Daft Punk covers from “Aerodynamic” to “One More Time” to “Harder Better Faster Stronger.” And the performers were having as much fun as you would expect from a good night of just rocking out. They put on a great show and worked the crowd excellently.

I left the venue that night at one in the morning with ringing ears and sore eyes, but it was a good kind of soreness, at least in retrospect. That night was the most fun I’ve had at a concert in a very long time, and I’m lucky to have seen such talented performers live. I could not recommend Future Rock and the Tripp Brothers any more highly.

Check out the Tripp brothers on their Facebook page