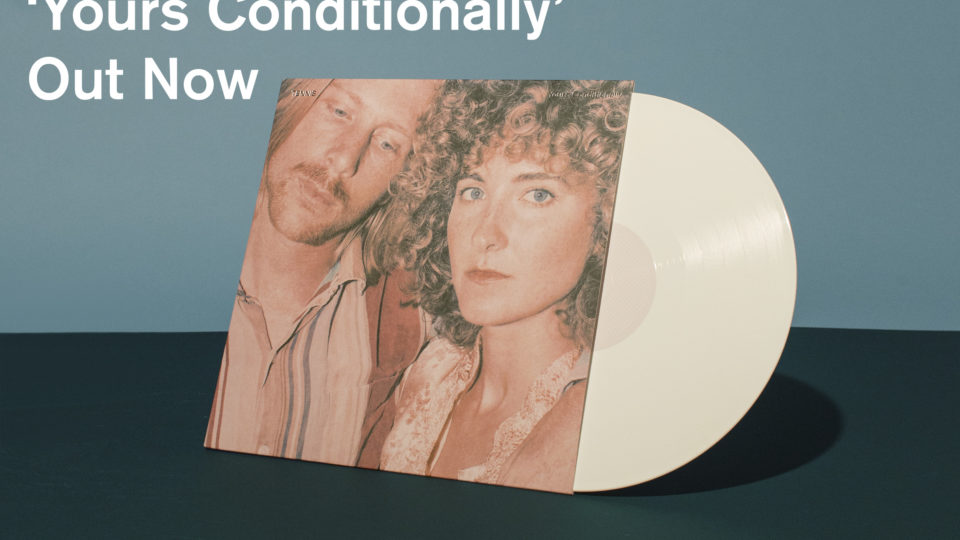 The band Port Authority opened the show with a few good tunes to get everyone excited for the night. The band is made up of lead singer (and fellow KRUI writer) Landon Kuhlman, Mitch McAndrew on bass, Jens Hoifeldt on guitar, and David Galloway on drums- all students from the university.

These guys had a great sound and looked like they were having as much fun onstage as the crowd. The second song they played, “Naomi”, had to be one of my favorites of the night and they mentioned that it would be available on their new album coming out sometime in May.

Sires was up next, a somewhat local band out of Des Moines, that started around 10. They had an interesting sound that started out almost like pop, but by the end had more of a rock vibe, that was enforced by a lot of headbanging from the long haired bassist.

The first song they played was almost their last due to some power issues. Right away I noticed that these guys were going to be more intense than Port Authority, and as soon as they finished their instruments cut out for about 5 minutes. After the technical difficulties were straightened out, they were able to pick up where they left off.

While Sires was a good band, I was surprised that they were one of the openers for the much mellower band Tennis. I enjoyed their set, but I also think that the show would have been just as good with the other two bands. Not to mention that their set seemed rather short. This could have been because of the power issue or the fact that most of their songs sounded like they were being cut off, with no real ending or fade out (something I’m personally not a big fan of with any artist).

Rounding out the evening was Tennis, a band I haven’t really listened to very much before tonight. This band made me feel I was at a concert in the 80’s. This husband and wife duo consists of Alaina Moore on the keyboard and vocals, who looks like she played Baby in the movie Dirty Dancing, and Patrick Riley mainly on guitar, who looked like he belonged at Woodstock back in the 70’s. To go along with that, I honestly couldn’t tell how old these guys actually were which was interesting (and annoying) to me.

Their set started out with a sort of dreamy intro that carried on throughout the rest of their songs. To me, this was one of those bands that you could turn on in the background and just listen to all day without getting tired of it. On one of their last songs I even found myself wishing it wouldn’t end.

Overall, this was a pretty great show from beginning to end. Tennis was the clear favorite based on the way the crowd reacted and in my own opinion. We even managed to get an encore out of them, which I think even surprised the band a little bit. I look forward to hearing from Port Authority around Iowa City and looking up more music from Tennis.