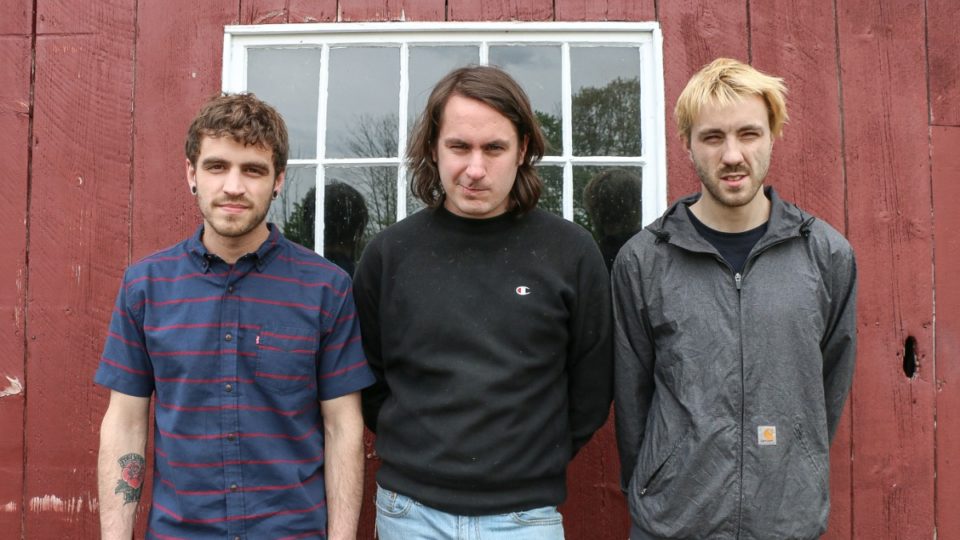 A word that gets thrown around a lot when describing the sound of Massachusetts-based emo revival group The Hotelier is “sincere.”

Just listen to “An Introduction To The Album” off their 2014 record Home, Like Noplace Is There and you’ll be quick to see why. Every element off of the song is desperate to express raw emotion. There’s Christian Holden’s half-breaking, half-screaming voice; the fragile keyboards; the woah-oh backing vocals that sound like they were cribbed from an early Arcade Fire album.

And then there’s the lyrics.

“So fragile are bodies, so concave, work in self-destructive ways,” Holden moans. “I had the chance to construct something beautiful and I choked.”

Teenage emotion, in all of its gangly and uncomely urgency, is Holden’s primary subject. And given that he was still in high school when the band put out its first record (2011’s It Never Goes Out) he reports it with all the gritty, unpretentious authenticity that can only come from the first-person experience.

This sincerity and authenticity have made The Hotelier one of the hottest bands of the emo revival. That being said, it also limits their appeal to listeners who don’t empathize with emo’s open-hearted emotional palette.

Some lines, like “I would smile, but it would be meaningless / and I wouldn’t want it to be meaningless” off 2016’s Goodness, seem more likely to provoke eye-rolls than to tug at the heartstrings.

These moments of unfocused angst seem unsympathetic and uninspired, true. But when Holden takes concrete examples of real-world anguish as his subject, the intensity of the music hits the mark.

“I called in sick from your funeral,” he sings on “Your Deep Rest,” an account of a friend’s suicide, “because the sight of your body made me uncomfortable.” On “Among The Wildflowers,” an impressionistic account of self-harm in the wake of abuse, he sighs “you’re killing the self to protect it from harm.”

The plainspoken, self-conscious nature of lyrics like these is instantly recognizable to anyone who has been forced to endure tragedy or abuse at an early age. At their best, The Hotelier doesn’t imitate teenage feelings, they embody them. On songs like these, Holden captures how it feels to try to understand life’s most painful moments before you’re even old enough to drive.

It’s true that The Hotelier may not be suitable for everyone or every mood. But for listeners who are willing to look past the band’s more juvenile moments, they reward with inventive, heart-on-sleeve pop-punk that is often genuinely heart-rending in its impact.

The show is scheduled for 6:30 PM; seating begins at 6:00. Indie-pop quartet Alex Napping and pop-punk group Oso Oso are the opening acts.