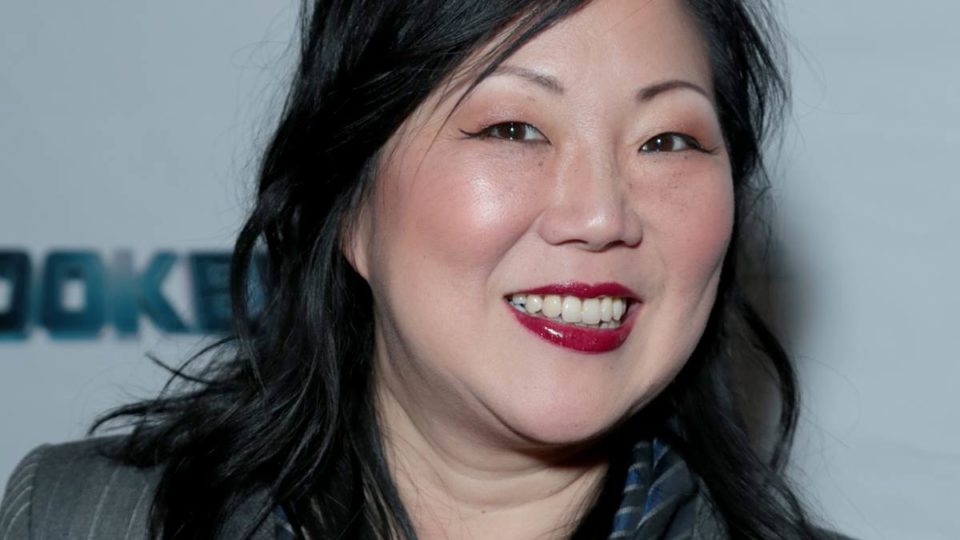 ***Warning*** Explicit/vulgar language used in this article. Reader discretion is advised. It’s Margaret Cho, what else would you expect?

To put it simply: one of the most well-known headliners on this year’s Mission Creek Festival lineup did not disappoint. Yup, we’re talking about the one and only Margaret Cho. Where do I even begin?

Perhaps we should start with the opening comedian, yeah? Selene Luna strutted on stage with all smiles and waves. Selene, who is a 3’10” woman living in the heart of Hollywood, is described by her website as a “small package with a big presence”–there is no denying that. Her vulgarity mixed with her intersectionality of being a disabled Mexican female, and her stance on satirical issues had the entire Englert theatre in laughing fits.

She touched on issues in today’s society, starting out with Donald Trump. “This is a college town, right? So I won’t get in trouble for saying ‘Fuck Trump’?” was followed by whistles from the audience. She continued to talk about Trump and how ridiculous she thinks it is to build a wall. “I’m not the first one to say this, but… they’re just going to dig tunnels!” Her sense of humor and stage presence is what really made it feel like a comedy show, as opposed to feeling like a political rally.

Of course another key subject she talked about was little people. She told a story of when a director asked her if she knew any other little people that he could cast in a new show. “It’s ridiculous! I don’t go up to people and say ‘Hey, do you know anybody with acne?’ People have no filter around little people!” This progressive style of comedy was hilarious, yet also shined a light on how ridiculous people sound when they ask intrusive questions.

Selene ended the night on a good note, talking about a memory foam mattress that her and her fiancee had just bought. I’m not gonna say anything — just watch it.

The crowd whistled and hollered when Margaret Cho took the stage. Immediately, Margaret talked about how crazy it is that Donald Trump is the president, and how she was rooting for Bernie at the beginning. She mentioned how the election came down to misogyny, because Hillary Clinton was the most qualified person to be running for office.

“He doesn’t know how to blend his under-eye concealer! Like go to Sephora, they’ll help you out!” (@Trump seriously, go to Sephora.).

Cho joked some more about sex, STDs, and hooking up with rockstars (“I won’t name names, so lets just call him… Ozzy”). Cho talked in detail, with hand motions and everything, about the importance of the girth of the penis (hey, I warned you that there was explicit content!).

Moving forward, Cho spoke candidly about “whitewashing” in Hollywood, which basically means that white actors are being cast as different races. Specifically, Cho talked about some beef that she had with Tilda Swinton, who was cast as the Ancient One in Marvel’s “Doctor Strange”.

Cho has been very vocal about whitewashing in Hollywood — a simple Google search pulls up dozens of articles and videos of her talking about the subject.

The show took a more serious turn towards the end where she talked about Bill Cosby and the fact that 52 women have come forward. She spoke very candidly about her own rape, which was perpetrated by her uncle from the ages of 5 to 12 years.

“Predators thrive in the shadows. I’m here to shine that light on them,” Cho stated. That was the loudest applause from the audience all night.

Selene Luna joined Margaret on stage where they bowed and the audience gave them a standing ovation. It was a night full of laughter and enlightenment, aka the best of both worlds. If you missed this show, I’m sure it’ll be on Netflix soon enough — and not to worry, Cho mentioned she has been doing comedy for 34 years and is showing no signs of slowing down any time soon.