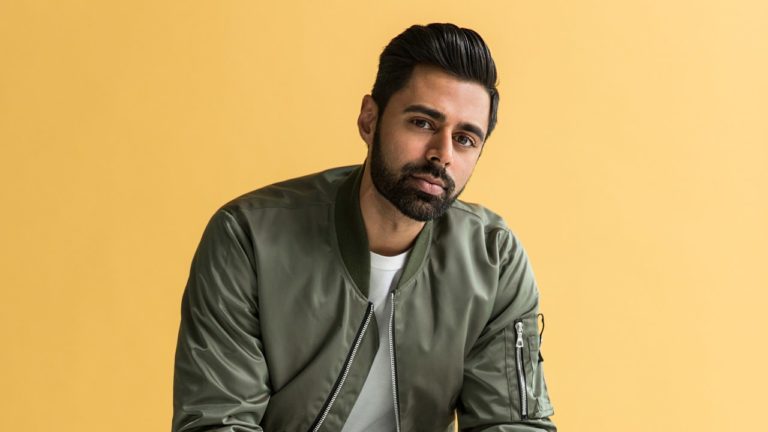 Disclaimer: This article contains material that may be deemed inappropriate for minors

I had been looking forward to this show for weeks.

Not surprisingly, I was surrounded by mostly white folks who think they’re so #woke because they watch The Daily Show. Despite the regular Iowa City majority, I saw quite a few Desis in the audience, which was encouraging and comforting. Their presence became clearer through the night.

The show opened with Arish Singh, a comedian raised in Waterloo but now splits his time between Chicago and Iowa. He began the show by discussing the difficulties of being an Indian Sikh kid growing up in Waterloo, from watching Indiana Jones and the Temple of Doom (which I refuse to link to because it’s so racist) with his white friends, to attacking questions about his turban.

One of my favorite jokes in his set consisted of dividing the audience along bipartisan lines. He asked Republicans “when I say race war,” republicans say the minority group which they’d like to harm, and asking Ds “when I say class war,” deny any wrongdoing. At this point, I was very curious about the reactions of all the old white ladies in the audience.

Singh ended his set with a powerful call to action against corrupt state and local politicians, citing examples of the University of Iowa revoking scholarships from over 2,000 students, to Iowa Senators Grassley and Ernst and their deafening silence among hate crimes in this country, to the state government taking away collective bargaining. “We can’t let Iowa become Nebraska,” he declared as he ended his set to laughter and applause. He gave Hasan Minhaj a touching introduction calling “Homecoming King” one of the best works of comedy he has ever seen, and left the stage.

Minhaj began his set discussing childhood, and with the help of his slideshow projected on the screen behind him, explained the conditional nature of “brown love,” the relatable phenomenon of brown/immigrant parents hitting their kids (which Minhaj claims led to the creation of “Indian sociopath” Bobby Jindal), and more.

Minhaj came to Davis, California with his father while his mother stayed in India until he was eight completing medical school. When his mother finally came to live with him in America, she shows up with his little sister who Hasan didn’t know existed until she walked through the door. He dubbed this situation “Maury for immigrants.”

He used this incident to explain two facets of immigrant life: immigrant parents love secrets, and his negative attitude towards immigrants (mainly his sister). Minhaj jokes that at that point, he “believed in the wall,” referring to Donald Trump’s plans to construct a wall along our southern border to keep immigrants out.

Minhaj frequently incorporated Hindi words and phrases throughout his show, most notably “log kya kahenge” which translates to “what will people think?” For a Desi Muslim man to get on stage in Iowa City and speak to a largely white crowd using Hindi and Urdu reveals courage and audacity, to me.

He translated most of the words for the non-Hindi speaking population, but his references to movies like Jodha Akbar, Kabhi Kushi Kabhi Gham, and more without an explanation was a bold move. The absence of an explanatory comma with these references made me feel welcomed, like I was chatting with Hasan in my living room.

In addition to his hilarious jokes, Minhaj used lighting techniques and sharp emotional contrasts to tell traumatic, unfortunate experiences from his life too. He saved one of his funniest jokes to precede a dark moment in the show, the moment his father suffered a heart attack.

He described a tragic moment immediately after the terrorist attack on 9/11 where some white kids who attended his school vandalized his family’s property, stole his backpack and called him racial slurs including sand n*****, a name I was called often in my childhood.

He tries to keep this moment of the show palatable to white folks by explaining that he knows “white people have problems,” because he has seen “Girls” on HBO and Lena Dunham’s character hasn’t found love yet. However, he stands firm in his explanation of white privilege here.

He explains that immigrants feel they have to pay this “American Dream tax,” which requires them to accept moments like these. Immigrants constantly adapt to America, bend for America, and have to release “press releases to prove their patriotism” after moments like 9/11, and other terrorist attacks that many Americans wrongly connect back to the Muslim community as a whole. This part of his show resonated with me, and my experiences as an immigrant in this country grappling with my parents’ acceptance and passivity to bigotry and my refusal to compromise with racism.

From an ongoing story about a spurned (probably racist) prom date to a dramatic triumph in marrying a Hindu woman, Minhaj created a piece of art that connected with Iowa City audiences of all backgrounds.

His references to Lord of the Rings, Harry Potter, and Mario Kart comforted the general public, but his inclusion of Hindi/Urdu phrases, Desi cultural explanations and immigrant experiences reached out more specifically to people of color and Desi folks in the audience.

Without tokenizing or making fun of brown folks or other people of color, he honestly showcased his own experiences in this country.