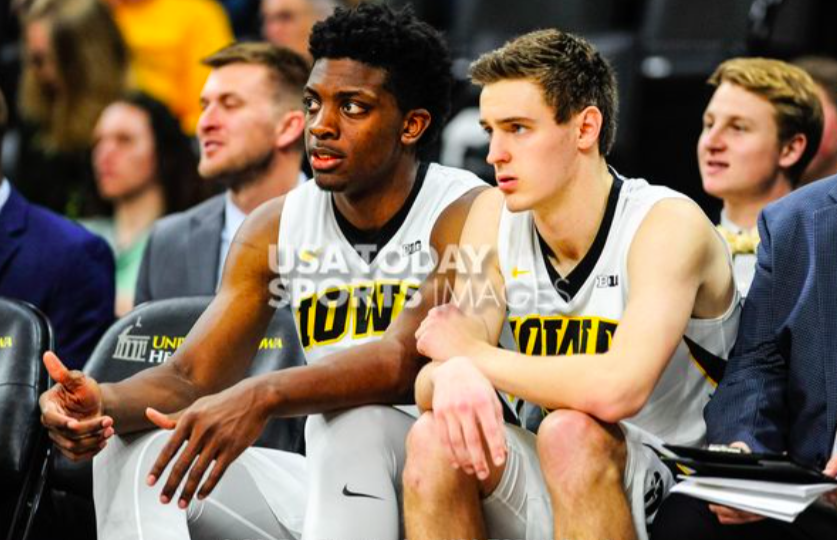 The Hawkeyes had plenty of chances to keep the game close late against Illinois, but the ball just wouldn’t find the bottom of the net. As a result, Iowa dropped just their second home conference game of the season 70-66.

With less than one minute to play in the game, Brady Ellingson and Nicholas Baer each had open shots from the three-point line. Baer’s with 18 seconds left would have tied the game.

“I thought we had a couple of good looks at the end that didn’t go in,” said Iowa senior Peter Jok, “but that’s the game of basketball.”

At the end of the game, Iowa Head Coach Fran McCaffery was happy with the shots his team put up, but it was the inability to convert off of Illini turnovers that had he and his players frustrated.

The Hawkeyes forced 17 Illini turnovers throughout the game, but they only came away with 12 points on the possessions that followed.

“I think we quick-shotted a couple of times,” said McCaffery. “We maybe should have moved the ball a little better.”

In a game of runs, neither team led by more than eight points. When the Illini went of a 6-0 run, the Hawkeyes would answer with an 7-0 run of their own, and vice versa. That was the flow of the game for nearly the whole 40 minutes.

One such run started with 10 minutes remaining in the game when the Hawkeyes went on an 8-0 to take the lead 54-50. Tyler Cook picked up his fourth foul of the game with 7:16 remaining, and that prompted a 10-2 Illini run as they regained the lead.

After the teams traded a pair of buckets, the Illini took a lead with just under three minutes to play and never relinquished it again.

Cook’s absence after his fourth foul sent him to the bench changed the momentum of the game in favor of the Illini. The Illini was no match for Cook throughout most of the game as Cook emerged as a “safety valve” of sorts for the Hawkeyes. The freshman was 5-of-7 from the field and 4-of-5 from the free throw line in the game, but he did not attempt another shot after he earned his fourth foul.

Cook finished the game with 14 points, which would had led the team had Peter Jok not hit a three-pointer with just over one second remaining in the game. Having to sit out a lot as the game neared its close was not easy for the freshman to do after having a good shooting day.

“It’s tough. I felt like I was getting the shots I wanted to get,” Cook said. “I was obviously trying to get the ball more down the stretch, but when you’re out you just have to encourage the rest of the guys.”

Aside from Cook, no one else for the Hawkeyes was ever able to get into a consistent scoring rhythm. The team shot just 38.9% from the field and 33.3% from three. Jordan Bohannon was 3-for-4 from behind the arc, whereas the rest of the team was just 4-for-17.

Sometimes the shots just don’t fall, but the team isn’t going to let this game effect the rest of their season. Even while the team is in the midst of three-game losing streak, McCaffery is optimistic that the difficulties of the last few games will be good for the team.

“Sometimes you’ve got to go through it and experience it, the good and the bad.”

Iowa plays next on Tuesday at home against Indiana at 8 P.M. CST on ESPN.