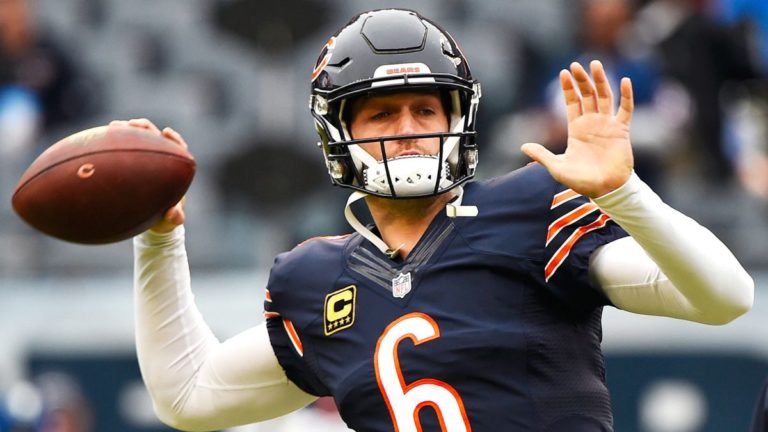 Coming off a disappointing 3-13 record, John Fox has now led two straight losing seasons in Chicago. There will be no time for mourning in Halas Hall, though, as the 2017 season began after the final game in Minnesota on January 1st.

Taking a quick look at the Bears’ injury report during the 2016 season, names like Kyle Long, Zach Miller, Danny Trevathan, Kevin White and Jeremy Langford are among the many that could have made a profound impact on the season. Pile on Alshon Jeffery’s four-game suspension, and Chicago never stood a chance. Barring more devastating injuries in 2017, the Bears will still need to look to the draft and free agency to fill some key holes in their roster.

After yet another year of Jay Cutler sidelined by injury, Chicago fans everywhere are hoping Ryan Pace and John Fox come to their senses and release Smokin’ Jay. It’s been difficult to let him go in recent years because of his contract, but it’s safe to say that Cutler’s tenure in Chicago is over. That being said, looking to fill that position in-house is nearly impossible.

After both Connor Shaw and Brian Hoyer went down with season-ending injuries and Jay missed extended time with non-throwing thumb and shoulder problems, Matt Barkley came in to lead the pack. He gave Chicago glimmers of hope with his ability to move in the pocket, but 8 TD’s and 14 INT’s later, it’s become obvious that he isn’t the QB of the future.

So, if the quarterback of 2017 isn’t already on the roster, who is he? Well, so far, Patriot’s second string star Jimmy Garoppolo has been the Bears’ biggest target. Robert Kraft will want big money, big names, or a big draft pick for Garoppolo after the performance he put up in Brady’s absence earlier this season, but luckily Chicago has the third overall pick in the upcoming draft.

If the Pats decide that an offer from the Browns is better for them and Garoppolo ends up in Cleveland, the Bears have a couple other options. It’s been highly publicized that Tony Romo will no longer be the quarterback of the future for Dallas, and the Bears are one of several teams that are advertised to make an offer to the vet. Outside of that, trying to pick up one of the very average college QB’s in this very average class of QB’s coming into this draft (Deshaun Watson, Mitch Trubisky) could be a possibility in the second or third round.

Circa 2013, the Bears had one of the best receiving cores in the league. Earl Bennett, Marquess Wilson, Devin Hester, Johnny Knox, and the best rated combo in the 2013 season Brandon Marshall and Alshon Jeffery led a team that was a threat downfield. Four years later, the only remaining names from that roster are Marquess Wilson and Alshon Jeffery, and even their future in Chicago is in question.

After trying to ride names like Eddie Royal, Daniel Braverman, and sirs-drops-a-lot Cameron Meredith and Josh Bellamy, the Bears need to either put their current WR’s through the gauntlet in offseason workouts or cut them all loose. The NFL will always have receivers in free agency looking for an opportunity to prove themselves, and this draft has a few big names that are worth a second look. It’ll be up to Pace and Fox to decide if they want to build their receiving core around a franchise QB, or vice versa.

Chicago finished 15th in most defensive statistical categories (total yards, points allowed), but when your offense neglects to put up points, allowing teams to score 24 PPG is unacceptable. To be fair, big named impact players were out on the defensive side of the ball for much of this season (Danny Trevathan, Kyle Fuller, Eddie Goldman), but they’ll need to step it up in 2017 if they want to make any kind of a playoff push.

One of the biggest defensive areas that the Bears need help is on the defensive line. It’s very likely that Alabama’s star DE Jonathan Allen will be on the board when Chicago picks in April, and adding talent like that would be huge for a struggling defensive line. Another player in the upcoming draft that may slip to the second round would be Michigan’s biggest prospect Jabrill Peppers. Other areas of concern for the Monsters of the Midway would be at linebacker and safety, but only time will tell how much emphasis will be put on the defense when there’s so many holes in Chicago’s offensive roster.