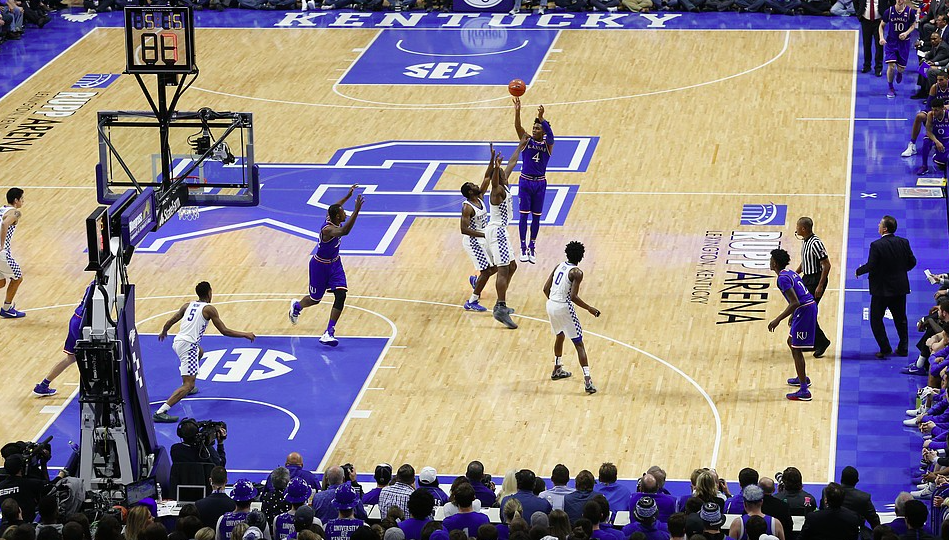 IOWA CITY, Iowa – The teams on the list will most likely shock no one, but the new sneak peak should be interesting.

Today at 12:30 p.m. EST (11:30 a.m. CST), the selection committee will reveal the top 16 seeds for the upcoming NCAA Men’s Basketball Tournament. This will be the first time the selection committee has ever released any rankings before Selection Sunday in March. The seedings will represent where the committee believes teams stack up against one another at this point in the season.

These rankings will not be final, seeing that there is still a whole month of basketball to be played before Selection Sunday on March 12. The reveal is a new attempt to spark debates and stir up conversations between fans and basketball analysts alike.

“We are excited about giving the fans a glimpse to what the men’s basketball committee is thinking at this point of the season and creating a buzz as we look toward Selection Sunday,” NCAA Tournament Chairman Mark Hollis told CBS Sports.

Starting at 11:30, CBS will air a 30-minute program revealing the top 16 seeds and where they are placed, followed by an in-depth analysis of the selection committee’s reasoning. The show will also include a review of the rest of the field of 68 and a glance at potential bubble teams who could find their way into the tournament by season’s end.

Most fans that have watched college basketball for the majority of the season can probably guess who the top 11 or 12 teams will be, but there may be some surprises when the four-seeds are announced. Someone will get snubbed, but that’s the joy of this whole process. It’s only February, and if you’re even being considered for one of the top four seeds, you’re probably in good shape.

Picking the top 16 teams in the country isn’t as easy as it sounds, especially with all of the parity in college basketball this season. Just last Saturday, six of the top nine teams in the AP poll lost, which caused quite a shakeup in the rankings just seven days before the sneak peak.

Jay Wright’s squad is one of the more experienced teams in the league this season, after returning nearly the whole starting lineup from last years National Championship team. With just two loses on the season, both on the road to Big East Conference opponents, it’s not crazy to think that this team could be the number one overall seed come Selection Sunday. The Wildcats are lead by senior Josh Hart, who averages 19.2 points per game (PPG) and 6.6 rebounds per game (RPG), both team highs. The John R. Wooden Award Top-20 finalist, senior Kris Jenkins, and sophomore Jalen Brunson make up one the most dynamic ‘”big threes” in college basketball, and based on what they showed us last March, the Wildcats are poised to make another deep run in the big dance.

Per the usual, the Jayhawks are on top of the Big 12 conference yet again, and their top five players are as good as any five players any other team fields. Led by Wooden Award Top-20 finalist Frank Mason III, Kansas has as much talent as anybody in the college game. Four players – Mason, Josh Jackson, Devonte’ Graham, and Svi Mykhailiuk – average double figures, and all four can get their shots off whenever they please. Bill Self’s guys are 3-2 this season when facing teams in the AP Top-25, including a 79-73 road win at Kentucky’s Rupp Arena during the Big 12-SEC Challenge. Lack of depth could prove to be the downfall of the Jayhawks come tournament time, but in February, Kansas’ starters are doing enough to elicit them getting a #1 seed.

Yes, I know Oregon just blew them out in Eugene. Yes, I know Gonzaga is unbeaten and took them down in December. No, I don’t care. This was probably the hardest region to decide on, but I still think the Wildcats are more prepared for the tournament than are the Ducks and Bulldogs. In the loss to Oregon last week, the Ducks made 65.2% of their field goals and 64% (16-of-25) of their threes. No one beats Oregon in that game. At the moment, Arizona owns a one-game lead over Oregon in the PAC-12 standings, and a slight edge in my February top 16 predictions. However, if Gonzaga runs the table and enters Selection Sunday without a loss, Mark Few’s Bulldogs will likely get the #1 seed. Arizona’s Lauri Markkanen averages 15.6 PPG, and the 7’0 freshman from Finland can score in the paint and from behind the arc. He is the x-factor for Sean Miller’s first place Wildcats, and if sophomore Allonzo Trier starts getting back into a rhythm after returning from suspension, the Wildcats will be a team no one wants to see in March.

Again, not an easy region to pick a top seed, but Wisconsin quietly fits the bill. The Badgers have established themselves as the team to beat in the Big Ten Conference, and they have slowly but surely climbed the rankings this season to where they have a legitimate chance to crack the top five next week in the AP if they can handle Northwestern on Sunday at the Kohl Center. Greg Gard’s team has only lost three times on the year, all three times to AP Top-25 teams, and twice on the road. The 59.8 PPG they allow is good enough for 4th in all of Division I basketball, and they themselves boast one of the best individual talents in the game. Ethan Happ, another Wooden Award Top-20 finalist, averages 14.7 PPG and 9.1 RPG, and seniors Bronson Koenig and Nigel Hayes are playing some of the best basketball of their stellar careers. This Badgers team hasn’t made a ton of noise nationally, but something tells me everyone will know about this team next month.

REST OF THE FIELD