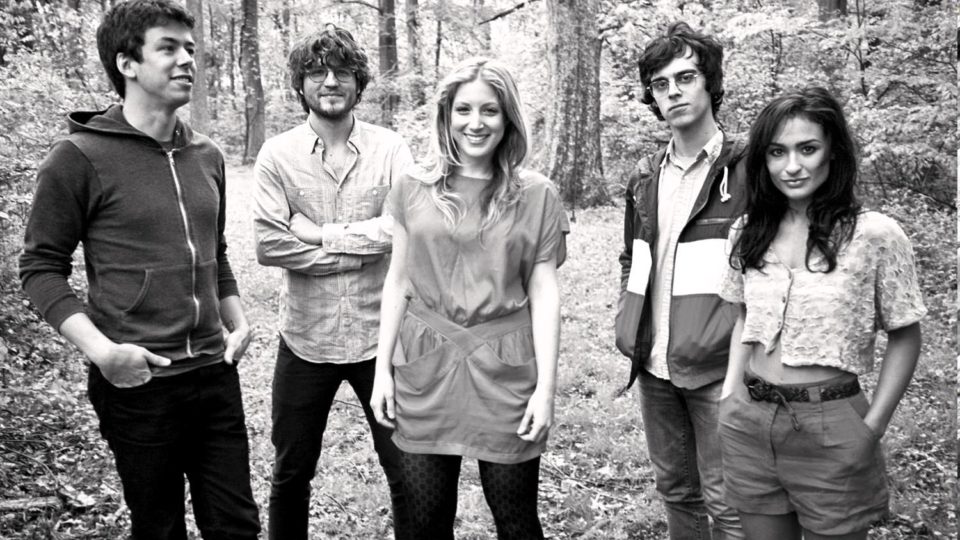 Ra Ra Riot has been putting out music for almost a decade, with previous albums such as “Ra Ra Riot”(2003), “The Rhumb Line” (2008), “The Orchard” (2010), and “Beta Love” (2013). They are an indie pop band from Syracuse, NY consisting of five members: Milo Bonacci, Wes Miles, Mathieu Santos, Rebecca Zeller, Kenny Bernard and John Pine.

“Need Your Light” is their newest release and it has a very obvious 80’s pop influence. It is full of sneaky breakdowns, heavy beats, and synth-filled builds with sudden releases.

The album begins with a running start, “Water” was a great choice as the first track. It is very upbeat and is full of heavy percussion. “Absolutely” gets you hooked with its positive, uplifting sound. It puts you in a motivated mood with its anthem-like lyrics. The synth-filled track, “Foreign Lovers,” follows. Like most of the other tracks, it is very upbeat and makes you want to get up and move around with its unexpected breakdowns.

The title track, “I Need Your Light” starts off very slow with an almost whisper-like vocal speaking about how he needs this girl because he, “can’t see nothing without your light.” Eventually, it builds into a very fantastic piece.

“Bad Times” is one of my favorite tracks on the album with its fast-paced, synth-filled sound. It has very heavy beats and kept me hooked the entire time.

“Call Me Out” reminds me of an almost fairy tale-esque sound when the track first starts with the prominent violin; it slowly builds up to a very happy beat. Chock-full of more heavy beats “Instant Breakup” is another buoyant track that will make you want to dance around your bedroom in your underwear. You can hear the 80’s pop influence in “Every Time I Am Ready to Hug” with the added clapping, happy sound, and sudden releases.

Unlike everyone’s favorite childhood place to play, the next track “Bouncy House” isn’t quite as fun. I think it was one of the least enjoyable tracks on the whole album. “Suckers” was about the same, they were just very slow tracks and not a very good way to end the album.

Overall, I think it was a really good album. It kept my attention for the majority of the time, which is a success in my opinion. I would give it a C+ because I enjoyed it, but it is not something I would listen to on my own time. I would recommend it to anyone that appreciates indie rock and 80’s pop music more than I do.