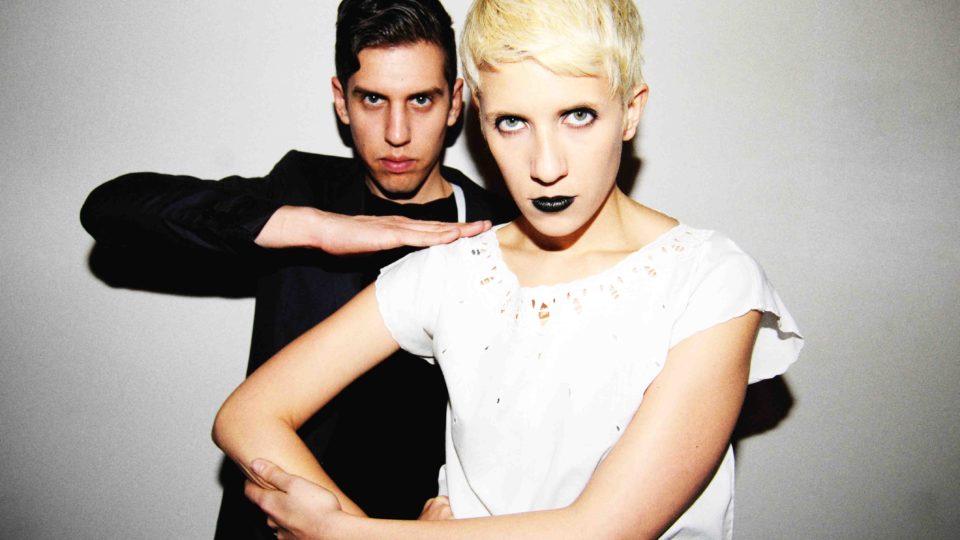 I waltzed through the doorway of Gabe’s, one of my favorite concert venues where I’ve seen my favorite pop punk bands live (Real Friends, Knuckle Puck, State Champs to name a few). But hand me a drink because never have I ever been here for any other show besides my pop punk niche. And boy was I in for a show.

I sat around the bar area in the upstairs of Gabe’s, enjoying the light show and upbeat music playing. The music stopped and a tall man jumped on the stage and stood behind the mic, keyboard, and laptop. “What’s happenin’?” He spoke into the mic, which echoed throughout as he started playing some techno beats on his keyboard.

The tall man in the blue striped shirt and Matthew Gray Gubler haircut went by the name Cubicle. He bobbed his head up and down to the rhythm as the bass shook the entire room. The stage was foggy as the blue, purple, and pink lights shone through. His EDM type music flowed through the veins of the crowd, causing them to sway their hips and nod their heads. Most of the crowd was sitting to the sides, but some ventured over to the front, where Cubicle would look up and smile.

After his futuristic sounding set, up next was a band from Fairfield, Iowa called Utopia Park. Right off the bat, their music was very upbeat dance music mixed with some angsty pop punk influences. Utopia Park consisted of two guys: one was one vocalistswith round glasses that sat on the bridge of his nose, and a guitarist/vocalist who sported tattoos down his arms and wore gym shorts.

Their songs were catchy, but the sound was very scratchy and immature with a few prepubescent screams thrown in here and there. They had some silly lyrics, such as “See ya later, alligator, I ain’t never comin’ back!” Nonetheless, it was enjoyable to listen to and watch people gather around the stage to rock out with these guys.

“Be evil; don’t let anyone else’s morality get in the way of who you are.” The guitarist said before they launched into a song about pro-life and sexuality.

The guitarist then jumped into the general admission area and ran around the area like it was track and field day. He definitely resembled a kid who had had too much sugar.

Once Utopia Park was finished and took down their set, the lights dimmed down except for the twinkling lights that hang from the ceiling of Gabe’s (personally my favorite decoration out of the sticker-covered building). The house music faded, and a Siri like voice filled the room: “Hello Iowa City. Welcome to Yacht.”

The bright lights suddenly flashed around the room, their red, pink, blue, purple, and orange colors fading into each other. The lead singer of Yacht stepped out, a woman that looked like a mix of Kristen Wiig and P!NK. Techno music filled the room as the lead singer, Claire Evans, sang with a strong voice along with the beat. By now, they were drawing a larger crowd. Before, people were sporadically standing around, and now they all gathered towards the front of the stage. Claire wrapped the mic cord around her wrists.

“That song was about death, this song is about sex.” She said before she launched into their song called “I Wanna Fuck You While I’m Dead.” The crowd definitely got a kick out of this one.

The light show and bass from their techno/EDM music made my fatigued body perk up. Claire Evans talked to the crowd a lot between songs, mostly saying things like “Y’all are great,” and “Thanks for coming out guys!”.

As it neared midnight, the music dwindled down and the crowd started to disperse. If you missed this show, you missed one hell of a concert.