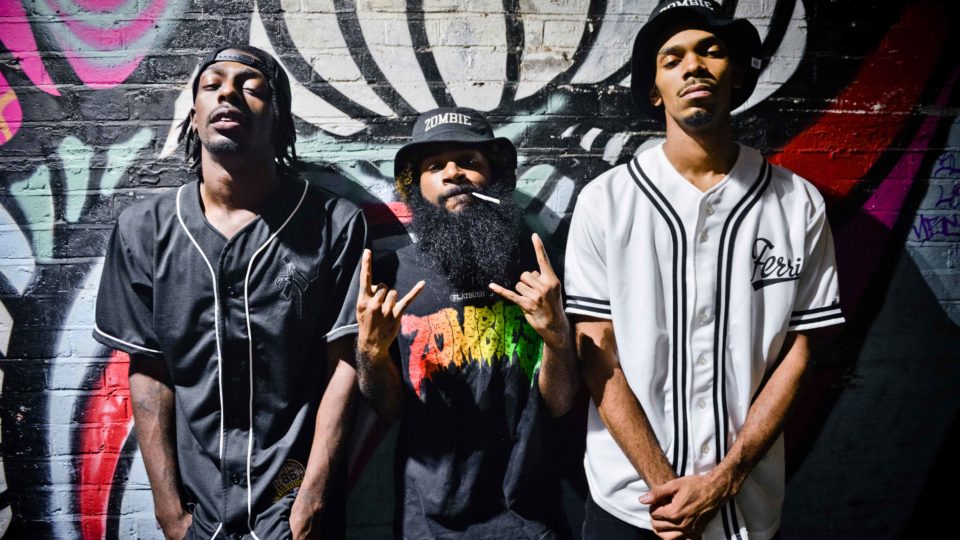 On Friday night, zombies took over the Blue Moose Tap House for the Mission Creek Festival. Along with Remy Banks and ASAP Twelvy, the Flatbush Zombies performed for a sold out crowd. The show was part of the 3001: A Laced Odyssey tour, promoting their latest album. 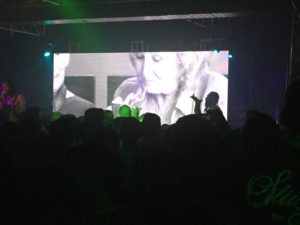 I hate to do it, but I have to start this review out with a bit of a rant. First and foremost, I have no idea why this show was all ages. Nothing about Flatbush Zombies screams family friendly in any way, and nothing was done to hold back their style in any way. If a show is clearly marketed towards an adult audience, just slap an 18+ sign on it and be done with it.

Secondly, and in the same vein, Iowa City’s 21 bar ordinance is awful for shows. To my understanding, people over the age of 18 are allowed to stay in the venues past 10pm for musical acts. But for a show like Flatbush Zombies, when all ages are allowed, the venues try to make sure the show is wrapped up and done by 10pm. Unless it’s an outdoor music festival, Flatbush Zombies should never have to play a show when it’s still light out. The doors opened for this show at 6pm! What kind of raging party starts at 6pm?! Ok, rant aside, let’s get to the actual show

The show sold out of tickets well in advance, which means that a few of my friends that originally planned on going were unable to get tickets. Since I was alone, and had seen Flatbush Zombies before and knew what their shows could be like, I decided to pull a “dad” and observe the action from the sidelines. I found a nice chunk of rail to lean on and posted up to watch the action. The crowd was surprisingly young, more so than I expected, which I guess is why Blue Moose made it all ages. It was also vastly white, which is pretty standard for rap shows in Iowa City. The audience was a strange mix of high schoolers smoking weed, frat bros, and the elderly couple that stood next to me. At one point, a white guy with dreads walked by with a shirt that said “Bitches and Bluntz”, which I thought was a pretty accurate depiction of the general type of people in attendance. 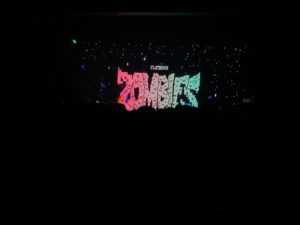 The music started right away with Remy Banks, a rapper from Queens, New York. The immediate start to the night was appreciated, and Remy got the show started on the right foot. While he wasn’t very energetic, he had a relaxed stage presence that oozed cool, and the crowd really fed off it. I don’t think I’ve ever seen someone control an audience so well while actually doing so little, and I actually really liked his set.

Unfortunately, Remy peaced out after barely twenty minutes. While remaining professional, it seemed pretty obvious that Iowa City was not his favorite city on the tour, and he got off stage as soon as his business was done.

The wait between acts was less obnoxiously long than usual, and pretty soon A$AP Twelvy took the stage. While it was clear that no one really knew Remy Banks, A$AP Twelvy clearly had larger fan base in the audience (one of the perks of being a member of the A$AP mob no doubt). I was not particularly huge on his set, but it’s difficult to put a finger on exactly why. He wasn’t terrible by any means, but his act felt a little forced and a little cliché. At one point he went on about how much he loves Iowa City and how we were all honorary New Yorkers for the night, and the pandering was a little too much. The crowd went wild when he played his hit “Hella Hoes” though, and he ended his 30 minute set on a high note.

Before Flatbush Zombies took the stage, there was an announcement telling people to not come on stage at any point during the show. This really riled up the audience, especially when the Blue Moose security staff walked on to the stage. Unfortunately, the rowdy mood was then killed by some extremely obnoxious feedback testing and sound issues. When the issues were resolved though, Flatbush Zombies took the stage to a roar. Accompanied by an LED video board playing trippy visuals and a massive wave of smoke from the audience, they immediately got the crowd hyped with their unique brand of high energy acid rap. Their newest album 3001: A Laced Oyssey has been warmly received both critically and commercially, and it transferred very well from the album to the stage. 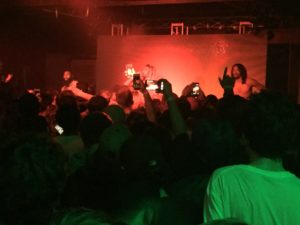 For those that don’t know, Flatbush Zombies really push this idea of “opening your mind”, mostly with drugs. While I’m not sure exactly what you’re supposed to open your mind to, they seem pretty passionate about it and their fans certainly love it, so I guess there are worse messages out there in music today.

Another major theme of theirs, especially in their newest record, is mourning the disappearance of physical mediums of music. Their song “R.I.P.C.D.” is a loving ode to the death of the CD-ROM, an oft forgot physical medium in the age of vinyl hipsters. Unfortunately, they over-sold this message a little too much in the song’s introduction, and their insistence that I buy and not pirate their music left me I feeling like was being attacked by one of those late night charity ads for abused animals.

The energy came screeching to a halt with a ballad about suicidal thoughts, followed by two more down tempo tracks. While these songs have their place in the album, I wasn’t expecting to see them performed live, and it really didn’t mesh with the energy of the crowd. After passing around the largest cigar I’ve ever seen (presumably filled with weed), they finally played some of their older hits and the crowd really went wild. Flatbush Zombies are one of the few acts in rap that will call for the audience to start mosh pits, and that’s exactly what happened when they played “Palm Trees”. The crowd loved it so much that they rapped an entire verse of the song on their own, to the amusement of the Zombies.

They ended their show the way they end every show; by quieting down the audience, telling them that there’s one message to their music; “Open your fucking mind”. After two times seeing them live, I’m still not sure exactly what this means, but apparently the crowd understood because they cheered and starting chanting “Zombies! Zombies!”. Just before leaving the stage however, they decided they had one more message to give. After asking the crowd what was going to happen in November (which was met with general confusion), they implored everybody to go out and vote on election day. The video board behind them switched to “FUCK DONALD”, and they proclaimed their hatred for Donald Trump and told everybody not to vote for him. This was received a little less warmly than their previous message, probably because of all the guys in the crowd that looked like this. It got a chuckle out of me though, and if that’s what “opening your mind” entails, I can definitely get behind it.

Check out some music by Remy Banks, A$AP Twelvy, and Flatbush Zombies. Click here to see the rest of the dates for the 3001: A Laced Oyssey tour.