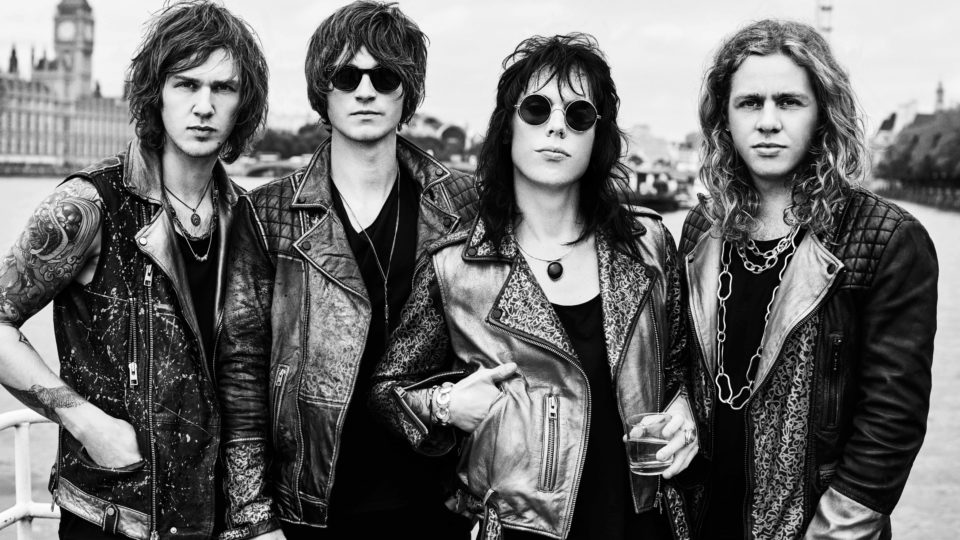 Just one song into the album at hand, it would be hard to believe that this English rock band from Derbyshire was formed a mere six years ago. After a previous shuffle of members, The Struts’ current lineup consists of Adam Slack on guitar, Jed Elliot on bass, Gethin Davis on drums, and Luke Spiller tracking authentically raw rock vocals. Nothing about this band’s sound says anything like “formed in 2010”. That being said, their 80’s glamour influence (including Queen, the Rolling Stones and Def Leppard) is a prominent contribution to the 2016 US reissuing of their debut album, “Everybody Wants.”

We begin the album in an appropriately introductory manner, with the narrator’s literal “wake-up at one”. The vocals are ominously intriguing to lead the listener in: an immediate rock feature. But, potentially the most popular song by the band is the second track, Could Have Been Me. It’s grippingly anthem-ic in nature and certainly a stand-out track for those who appreciate relatable lyrics worthy of screaming from the soul. It reaches out to those who feel internal agony for wanting “to taste love and pain… feel pride and shame”. A song both quote-ably lyrical and catchy beyond fairness? Count me in.

It only gets better with Kiss This, the third track and a middle finger in song form. This, along with Put Your Money On Me, is yet another classic rock-reminiscent addictive hit. Slack’s ability to capture classic rock reverberates through his prominent guitar presence. It isn’t until Mary Go Round that we get a taste of what this band sounds like slightly mellowed out, acoustic guitar leading us into a heartfelt break-up song. This track showcases The Struts’ ability to evoke emotion differently, while still maintaining a high energy.

Dirty Sexy Money continues the well-paved path of catchy choruses and intensely impressive vocal range on Spiller’s part. Not a stranger to the tuneful upbeat theme is She Makes Me Feel Like. As far as the raw vocals, they’re certainly an element you just can’t get enough of on tracks including The Ol’ Switcheroo, These Times Are Changing and Black Swan. There’s something nostalgic about Young Stars, whether it may be the heavy essence of Queen or the way it addresses youth culture. Either way, it proves itself a strong contender for my personal favorite track.

Drummer Davis makes himself the star of the bridge and final chorus of Only Just A Call Away, a deep drum backbeat resonating powerfully with the song’s lyrics of promise. Not to my surprise, the album ends on a high note with Where Did She Go. Somehow, this track effortlessly manages to both wrap up and encapsulate the album’s entirety. The way this final song highlights every strong point of their instrumentation puts an emphasis on what The Struts are capable of composing: classically familiar glam rock in a modern music repertoire.

Presently, it would be difficult to tell me that there is a band six years young that possesses such a rejuvenated authenticity to as beloved a genre as classic glam rock. But it’s impossible not to recognize that The Struts are accomplishing more than they probably even imagined with this album. Their in-studio goal is to channel “something big, fun, unapologetic, rock and roll” and it’s a goal they’ve easily surpassed.