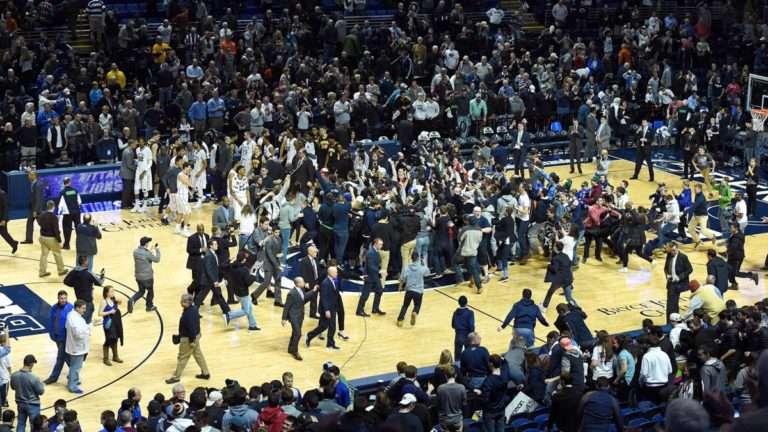 WEEK 16 RANKINGS AND THE LOOK AHEAD

The Associated Press released its poll of the top 25 men’s college basketball teams in the nation (http://collegebasketball.ap.org/poll).

No changes to the top two sports as Villanova and Kansas hold their positions from last week. Virginia comes into the top five as the number three team in the nation after previously being ranked seven. Oklahoma remains number three due to the fact that they tied Virginia in points based off of how the writers voted. The Xavier Musketeers are at the five spot to round out the top five.

Michigan State moves up from their eight spot to six.

Your Hawkeyes slide down to eight after the loss to Penn State, their only game on the schedule for their entire week.

The Terrapins, coming off of a loss to Minnesota, drop down to the tenth spot to round out the top ten.

The Hoosiers and the Boilermakers of Purdue are the next two teams from the Big Ten in the top 25 coming in at 18 and 20, respectively.

Highest Movers: Louisville Up seven spots to 18, Duke up five spots to 15.

BIG GAMES AHEAD- ALL TIMES EASTERN

College basketball fans salivate. Another week of outstanding matchups that will be nothing short of greatness.

The Hawkeyes faceoff against the Ohio State Buckeyes at 3:00 on Sunday trying to get back on track after the loss to wisconsin last night.